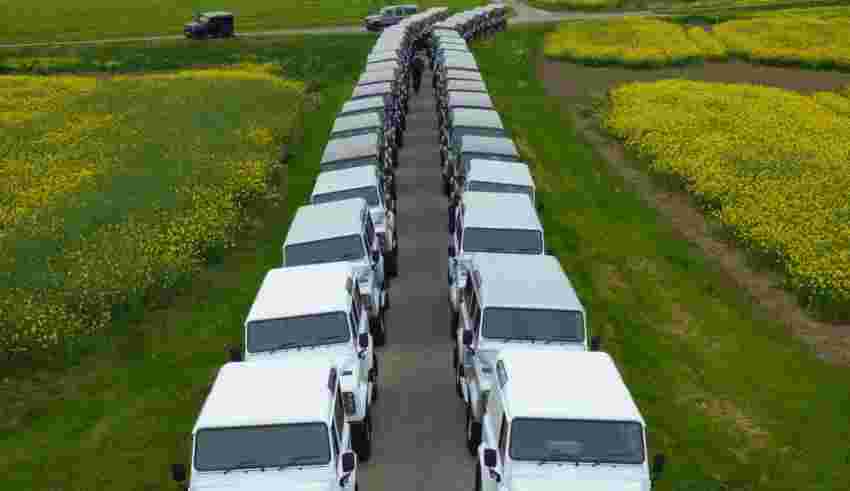 The previous Land Rover Defender might have left production, but quite a few of them are ready and waiting to see the light of day.

The original Land Rover Defender was one of the most iconic vehicles ever, let alone one of the most iconic off-road vehicles. Its unparalleled capability, charming looks, and undeniable character allowed it to write its own chapter in automotive history. However, in 2015, it was discontinued, and its farewell from the assembly line was a saddening event for car enthusiasts across the globe. While the new Defender is iconic, capable, and excellent in its own right, nothing can fully replace the original, which is why Defender fanatic Charles Fawcett has so many.

According to an interview with The Sun, Fawcett, in 2015, purchased 200 just as the vehicle was about to end production, and he also says that the ones he specifically chose to purchase were chosen for their collectibility and that what lies in their future is customization and sale to Defender enthusiasts like him, who not only want the original and legendary Defender in their garage, but also a vehicle that suits their bespoke needs. While the original Defender might not be coming from the factory any longer, it’s incredible to see so many of them preserved and ready to be enjoyed.