Home News 100 Teens Ransack Philadelphia Wawa Like Pack of Wild Animals; Police Tell Parents to “Identify Your Kids To Us” – The Published Reporter® 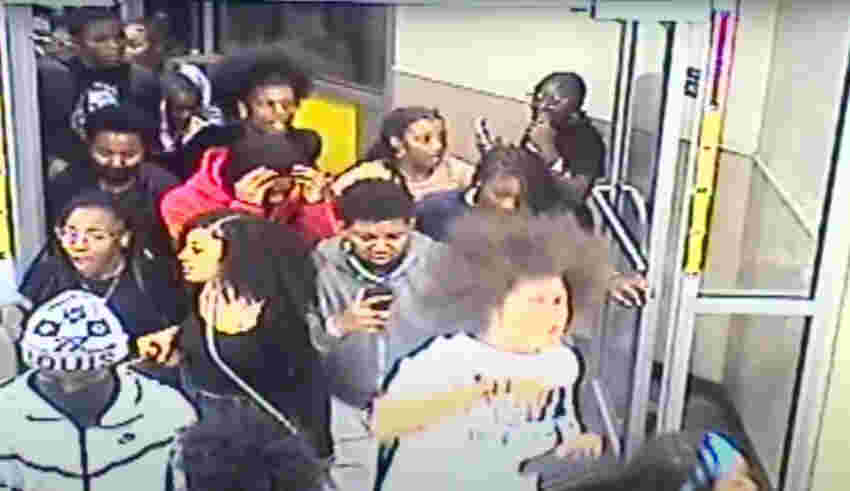 PHILADELPHIA, PA – Police released new surveillance footage on Monday of the Philadelphia-based Wawa convenience store that was ransacked by a mob of over 100 teenagers on Saturday evening, with the crowd of young criminals looting merchandise and causing thousands of dollars in damage before arriving officers finally dispersed them.

The incident – which police say was set up over social media beforehand – took place at approximately 8:15 p.m., at which time the crowd of teenagers can be seen on video flooding into the store before they start tearing the establishment apart.

Bystander footage shows the mob vandalizing the store, standing on furniture, and walking out with armloads of food, drinks, and other items. At one point, an employee filming the carnage is nearly hit by what appears to be a canned beverage thrown by one of the thieves, and additional footage outside the store shows teenagers jumping on cars in the parking lot.

Police eventually arrived on the scene and dispersed the mob, but no arrests were made at the time, and no injuries were reported.

However, during a Monday press conference, Philadelphia Deputy Police Commissioner John Stanford announced that the department is currently combing through video footage in an attempt to bring the participants in the mob to justice.

“I know there are several parents that will look at this and say, ‘That’s not how I raised my kids,’ and that’s understandable. But also there is a responsibility to then identify your kids to us,” he said. “The bottom line is: we cannot have this type of behavior happening in this city. The business community doesn’t deserve that, the citizens don’t deserve it.”

Currently police and the District Attorney’s office are considering charging the suspects in the Wawa mob with rioting, a felony.

A statement released by Wawa noted that the company is currently cooperating with authorities and expressed hope that arrests will soon be made.

“We are working closely with law enforcement to support their efforts to bring all of the perpetrators to justice as soon as possible,” the statement said. “We remain committed to protecting our associates and customers and ensuring a safe, welcoming environment for each customer, in every Wawa store. Nothing is more important to us.”