Home Automotive 1969 Pontiac Trans Am For Sale at County Corvette 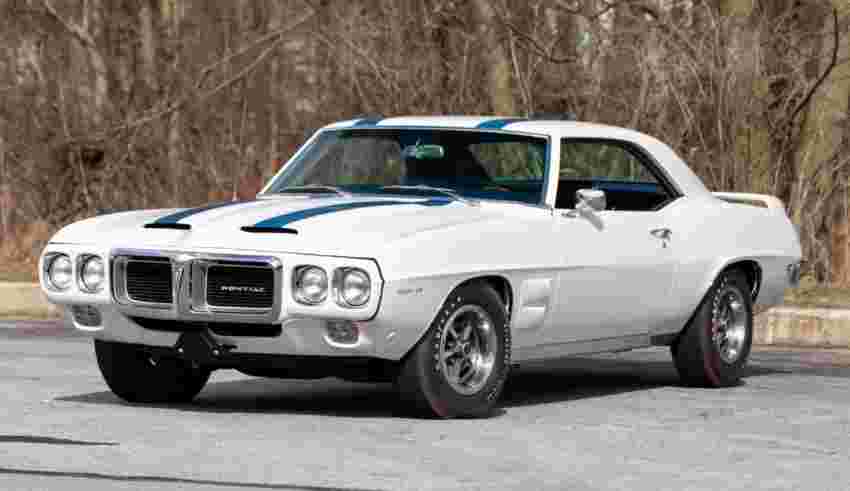 This 1969 Pontiac Trans Am is a rarity among rarities as a one-of-five example from a very short first-year production run. The Trans Am made its public debut in the spring of 1969 as a high-performance version of the Firebird 400. It was named for the SCCA’s popular road-racing series, and the only exterior colors available in its debut year were Cameo White with blue stripes, a salute to America’s traditional racing livery. Its midyear introduction and a strike at one of its assembly facilities limited Trans Am production to just 697 units that first year. While most were built in Norwood, Ohio, this car is one of just 20 from the strike-affected plant in Van Nuys, California. Of those, it is one of five equipped with an automatic transmission.

The Trans Am lived in its home state of California for most of its life, leaving the Golden State in 2005. A five-year restoration performed in Oregon made use of mostly NOS parts and retained the car’s original sheet metal, as well as its driveline: the matching-numbers 400/335 HP Ram Air III V-8, Turbo 400 transmission and Safe-T-Track rear end with 3.55 gears. The Trans Am’s new hood with twin leading-edge scoops helped funnel incoming air to the Ram Air III engine, which is topped with a foam element to seal it to the hood. While the Trans Am engines were stout, Pontiac did not want this car to be just another straight-line warrior. Pontiac engineers sought to improve the F-body’s handling characteristics as well, and, as such, equipped Trans Ams with the high-effort power steering, power front disc brakes and heavy-duty suspension components found on this example. Inside, the bucket seats are trimmed in blue vinyl, while a wood-grain-topped console surrounds the automatic transmission’s floor shifter. This outstanding Trans Am is a multiple-award winner and comes with PHS documentation.