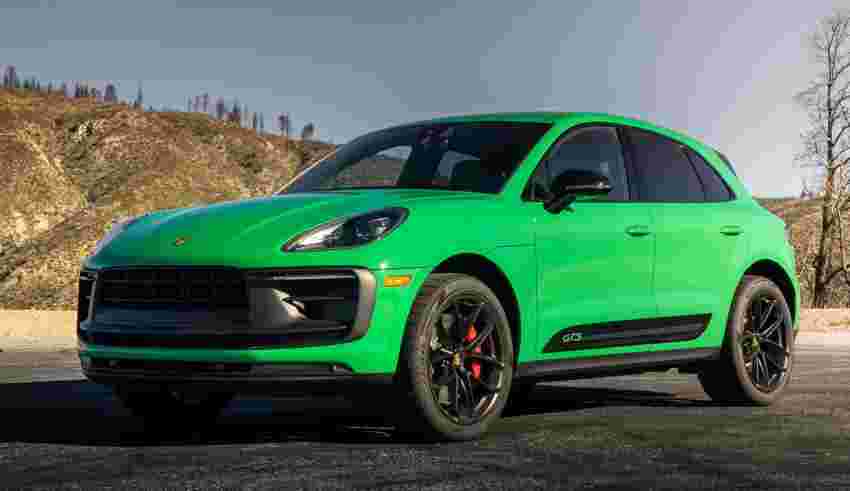 The Porsche Macan is technically the brand’s entry-level model. But, since its arrival back in 2014, this small crossover has undergone significant changes that have allowed it to blossom into a truly premium product. For the 2022 model year, Porsche gave the Macan a host of new updates, including a tweaked face, new interior layout, and larger rear diffuser, to name a few. However, the largest change is, without a doubt, its shifted engine lineup.

Previously, the Macan GTS counted on a 2.9-liter twin-turbocharged V6 that developed 375 hp and 383 lb-ft of torque. For the 2022 model year, however, Porsche axed the Turbo trim and stuffed its beefed-up version of that same engine under the GTS’ hood. The GTS now sits at the top of the Macan food chain, and with 434 hp, a lower ride height, and new torque vectoring, it’s as close as we’ll ever get to a Porsche hot hatch. And in true Porsche fashion, great performance comes at a price.

The 2022 Porsche Macan’s facelift is subtle from an exterior perspective, but it’s more apparent in the GTS model. Especially those equipped with the $12,010 GTS Sport Package. This gets you black satin front and rear fascias and 21-in GT Design wheels in the same finish. Along the sides, the pack adds gloss black side blades, mirror caps, and carbon-fiber sill guards.

Although these darker elements are plentiful, they balance my tester’s bright Python Green exterior finish well. More importantly, they serve to give the GTS a distinct look. It used to be challenging to tell various Macan trims apart, but this facelifted model takes care of that. A taller rear diffuser and a roof spoiler round up the list of GTS-specific changes.

The Best Luxury and Exotic Cars We Reviewed in 2022

The Macan GTS has a particularly aggressive stance. It’s now 10mm lower, and its larger 21-in wheels make it appear even closer to the ground. The Macan falls into a sizing sweet spot. At 186-in long, 75.9 in wide, and 62.8 in tall, it’s slightly larger than a Golf GTI, making it family-sized but not huge to the point where its handling is spoiled. It has a distinctly small and sporty aesthetic in a sea of giant lumbering family haulers.

Although the 2022 Macan GTS counts on the same 2.9-liter twin-turbocharged V6 as last year’s model, it now features the Turbo’s tuning. It develops 434 hp and 406 lb-ft of torque, allowing for a 4.1-second sprint to 60 mph and a 169 mph top speed. This is particularly impressive when considering the Macan’s nearly 4,400-lb curb weight. It comes standard with all-wheel drive and a seven-speed PDK.

The 59 hp 23 lb-ft of torque increase may not seem like much on paper, but it makes for a much more aggressive little crossover in practice. I got a chance to test the new engine against the old, which now lives in the Macan S, earlier this year back to back. The difference is significant. The GTS is properly quick up a canyon road, easily keeping up with a BMW M3 or Audi RS 5.

There’s a whiff of lag down low, but once you get its twin-turbo V6 higher in the rev range, it comes alive. And with the GTS’ standard sports exhaust, you can hear its throaty tune nicely from the cabin. It’s not over the top with pops and bangs. Instead, it delivers a loud but refined song.

As you hit the corners, those sports sedans mentioned earlier won’t get away from you. Despite sharing its architecture with the Audi Q5, the Porsche Macan drives nothing like its VW Group sibling. Instead, it’s incredibly composed through tight corners, with a planted character that rarely steps out. The GTS feels like a serious machine with approachable limits. And while there’s a bit of understeer if you really start to push, it’s marginal.

The Macan hides its size well. Despite its hefty near 4,400-lb curb weight, it doesn’t feel like it in the corners. It retains an agile and nimble character. The Macan sticks through corners without drama thanks to a new torque vectoring system available through the GTS Sport Package. It’s also eager to change direction, and while its steering is slight and virtually disconnected from the road, the way it moves and sounds is more than enough to deliver a truly exciting drive.

While the new GTS is 10mm lower and 15 percent stiffer than the outgoing model, you’d be hard-pressed to tell around town. Thanks to its nicely tuned dampers, the Macan GTS soaks up bumps and is more than road trip-ready. During my week with it, I took it from Los Angeles to San Diego and back, and its performance benefits did not translate to discomfort.

Engine aside, the other major update the 2022 Porsche Macan GTS received is a new interior layout. It falls closer in line with the Cayenne’s interior and gives Porshe’s entry-level model a more premium feel. It eliminates the dual row of buttons in the pre-facelift model and adds new touch capacitive ones and a larger central infotainment screen. It now measures 10.9 in and offers standard Apple CarPlay.

Although VW Group’s touch capacitive buttons aren’t great in some of its latest Volkswagen products, they’re lovely in Porsche and Audi. They’re bright, responsive, and laid out exactly how you’d expect them to be. This new interior has no learning curve, and I did not miss the older layout. As part of its 2022 interior update, the Macan now also comes standard with Lane Departure Warning, front and rear park assist, and a rearview camera.

Since my tester featured the optional GTS Sport Package, it also receives 18-way adaptive sport seats, a significant upgrade from the standard eight-way GTS Sport Seats. They feature substantial side bolsters, but not to the point of being aggressive. They hold you nicely for a blast up a canyon road but don’t prove uncomfortable for a long drive or daily commute. They fit the rest of the Macan’s demeanor well.

It’s worth pointing out that with its updated materials, interior layout, and tech, the Macan GTS feels far from entry-level. Everything you touch and interact with feels like it belongs in a premium product. From a quality standpoint, it is nearly identical to the Cayenne GTS I tested earlier this year, just shrunken down.

A significant reason why the 2022 Porsche Macan GTS feels like a premium product is that its price tag is substantial. Its $79,900 base price plus $1,350 for destination is more than reasonable for the fun and performance on offer. However, once you add in the $12,010 GTS Sport Package and the $680 heated sport steering wheel, you end up with an as-tested price of $99,170.

This price places Porsche’s quickest SUV in line with the BMW X3 M Competition and the Alfa Romeo Stelvio Quadrifoglio, both of which are more powerful and quicker for less money.

The Porsche Macan GTS is a grown-up’s hot hatch. Small and agile enough to hustle through a tight canyon road, but with enough power and grunt to keep things interesting. This may be the last update before an electrified Macan arrives, but for now, it’s the one to get.

Even the performance-focused GTS strikes a nice balance between twisty roads and daily driving comfort, but it’s a small crossover with little compromise. If you have to have just one vehicle to do it all, the Macan GTS fits that role nicely.