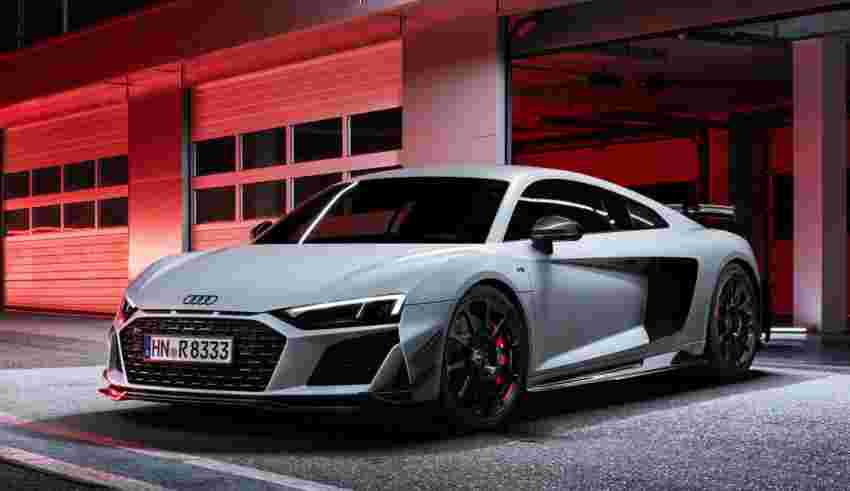 A sad farewell to the R8’s naturally aspirated V10 engine.

It’s been twelve years since Audi released the first R8 GT but that just means the automaker had more time to create the wonderful supercar that you’re seeing today. The new 2023 Audi R8 GT has been unveiled as a track-ready supercar that is exclusive and the final goodbye to the model’s naturally aspirated V10 engine.

There are, of course, plenty of differences between the R8 GT and other V10 R8 models. First up is the new Torque Rear mode where slippage of the rear axle is controlled by the traction control system. This allows the driver to select how much slippage they would like from the rear axle, with Level 1 meaning just a little bit of slippage is allowed and Level 7 granting the most.

As with many performance-oriented variants of supercars, the weight of the R8 GT has been reduced. To accomplish the shedding of 44 lbs, Audi implemented many changes with one of the biggest being the exclusive and lightweight 20-inch, 10-spoke wheels shod in Michelin Sport Cup 2 tires. Other new track-oriented features include the bucket seats, performance sports suspension, and CFRP anti-roll bar.

To allow the new 2023 R8 GT to stand out, there are plenty of new and exclusive exterior components found across the supercar. To signify its status, there is the black ‘R8 GT’ lettering on the rear that match the rest of the black emblems. A carbon aerokit has also been installed in high gloss which includes a front splitter, flics, side skirt covers, rear bumper elements, rear diffuser, and rear wing.

Inside, the Audi R8 GT has a cabin that is black and red, including red seat belts that were only available in the very first R8 GT. The cabin also displays the ‘R8 GT’ lettering throughout, as well as the number of each specific example.

Just 333 examples of the 2023 Audi R8 GT will be made worldwide, with only 150 of them coming to the United States. With three colors available, 50 in each color, Tango Red Metallic, Daytona Gray Metallic, and Mythos Black Metallic, will be made. Audi has announced that the U.S. price of the new R8 GT will start at $249,000, excluding a destination fee, paintwork cost, and gas guzzler tax.