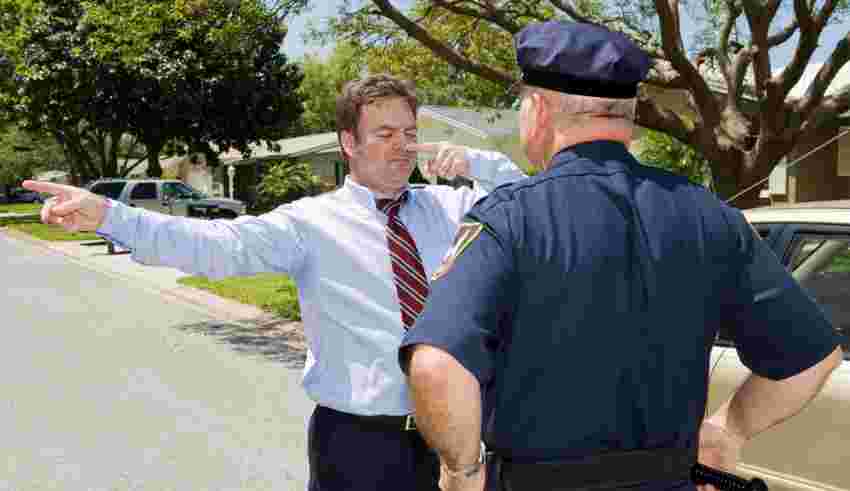 Field sobriety tests are roadside assessments conducted by law enforcement officers to determine whether a motorist is driving while intoxicated or impaired. It’s a criminal offense in the United States to drive under the influence of drugs, alcohol, or other controlled substances.

Furthermore, undergoing these tests can be stressful or confusing if you don’t know what to expect or how the results can affect your life. Therefore, being aware of your rights, choices, and potential consequences can ensure you remain compliant and cooperative through the process and understand why it’s happening.

Here are four things to know about field sobriety tests:

The field sobriety tests have been designed to help officers identify behaviors and signs associated with drunk driving by making you perform actions that would be difficult to do properly if you’re not sober. These include assessing your ability to follow instructions and do physical and mental tasks.

Taking these tests and what happens if you refuse a breathalyzer are all legal actions administered on the roadside by the officer that pulled you over. An officer might call for a field sobriety test and, after that, a chemical breathalyzer test if they suspect you might be drunk driving. This can be after observing erratic driving, the smell of alcohol, or responding in a slurred speech during routine traffic inspections.

2. What They Consist Of

The Standard Field Sobriety Test, or SFST, consists of three tests that evaluate your ability to execute the directed tasks correctly. In greater detail, the tests determine whether you can divide your attention to more than one task at a time. These three tests are:

During each test, an officer will be looking for several clues that they’ve been trained to look out for and writing them down in their report. The test results within the report can be used as evidence in court for a possible DUI charge.

If you fail the field sobriety test at any stage, it can indicate that you’re intoxicated, and you may be arrested and taken into the officer’s custody. For the HGN test, failure can be determined by your eye’s inability to follow the object smoothly or the level of eye jerking at different angles. You can fail the walk-and-turn and one leg stand if you don’t follow instructions carefully or can’t maintain balance without using your arms.

Nonetheless, there are several factors that could also influence poor performance on field tests when you’re not intoxicated. These include pre-existing medical conditions that interfere with your ability to balance and follow instructions and your eye movements, such as disabilities, injury, fatigue, anxiety, and language barriers. Environmental factors could be unfavorable weather conditions and uneven road surfaces, for instance.  This is why if you submit to the field test, you should inform the officer of any conditions you think will make you fail beforehand.

4. Refusal Of The Test

It’s important to remember that in most states, field sobriety tests are voluntary. According to implied consent laws, by being a legally licensed driver, you agree to undergo a chemical test.

However, field sobriety testing doesn’t fall under this law, so you can refuse the test without incurring penalties– except for the chemical tests. That said, declining the SFST doesn’t mean the officer will let you go, nor does it guarantee that you won’t be arrested. In this case, if you decline, they can conduct a chemical test or still arrest you if there’s probable cause to suspect that you’re under the influence. Although mostly reliable, tests don’t determine to which degree someone is intoxicated or impaired.

Field sobriety tests are assessments carried out by officers to determine whether a motorist is drunk driving. They consist of a few tasks that mainly test your physical and mental abilities and whether you show signs of involuntary actions associated with intoxication or impairment.

If you fail the field test and have no pre-existing condition that impedes your performance, you could be arrested. An officer can still arrest you if they still suspect you of intoxication. Furthermore, you can refuse to do the three field tests and the breathalyzer test, but breathalyzer refusal comes with a penalty. The results of the tests can be filed into a report and used against you in court if you’re arrested and charged with DUI later.