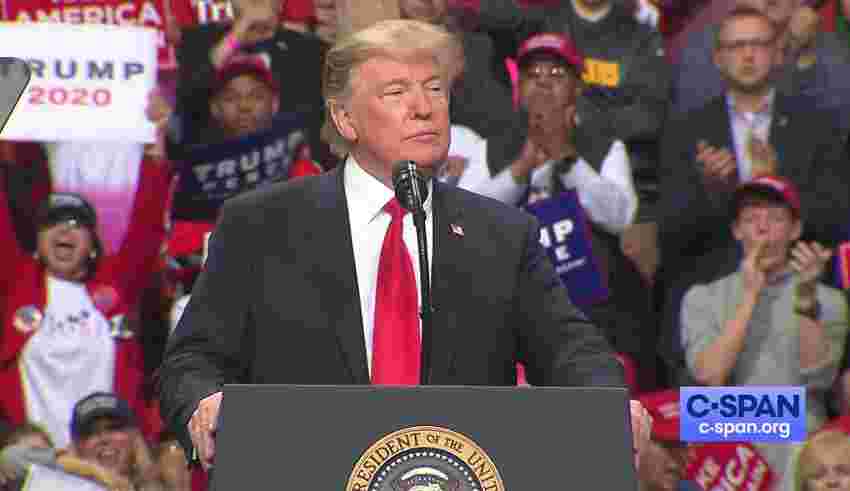 PORTSMOUTH, OH –   Let’s review: I used to be a Democrat. I have Democrat family membrs and friends that are loving, compassion, and empathic people. These folks are not in the Democrat rat (aka Deep State regime) category. On with the story…

A Rhode Island rodent (aka Rep. David Cicilline) recently introduced legislation citing Article 3 of the 14th Amendment known as the ‘Disqualification Clause,’ which bans individuals from holding office if they ‘engaged in insurrection or rebellion against the same, or given aid or comfort to the enemies thereof.’

With his pointy ears and long tail, Cicilline scurried and squeaked the 14th Amendment ban to his vermin colleagues the very same night (November 15, 2022) President Donald Trump announced the White House was going back to the legitimate leader of the USA.

“Given the proof – demonstrated through the January 6th Committee Hearings, the 2021 impeachment trial, and other reporting – that Donald Trump engaged in insurrection on January 6th with the intention of overturning the lawful 2020 election results, I have drafted legislation that would prevent Donald Trump from holding public office again under the Fourteenth Amendment,” squeaked Cicilline per an article in The Hill.

Of course, Mitch RINO McConnell, a flea-bitten oldster of the Uniparty rat pack, is hissing in favor of the ban. Someone needs to bait a trap for that turncoat.

Section 3 of the 14 Amendment states:

No person shall be a Senator or Representative in Congress, or elector of President and Vice-President… who, having previously taken an oath… shall have engaged in insurrection or rebellion against the same, or given aid or comfort to the enemies thereof. But Congress may by a vote of two-thirds of each House, remove such disability.

Why are the creepy creatures constantly wailing and gnashing their teeth over Trump’s return? Oh, they’re terrified 46 is going to drain the swamp once and for all. That’s why they stole the 2020 Election. Fat bellies and fat billfolds bilked from hard-working and taxpaying Americans.

Yet, no matter. Their covert and overt agenda of destruction continues to flop and fail. I imagine Daddy Rat Joe and Bossy Obama feel frustrated 24/7.

The following story probably causes even more angst for the furry fiends.

“Two years after the 2020 election was seemingly decided, a Pennsylvania county is set to recount votes in the races for president and state auditor in response to public requests,” reports an article in the Western Journal.

Woah. 5,000 freedom-loving residents petitioned the board to take action. The hand count will go through all of the 60,000 paper ballots cast and will be counted by up to 40 county employees.

Can you hear the diseased Democrat rats rattling, clanging, and banging as they gnaw and chew on the U.S. Constitution and the Bill of Rights?

Ahem. “The board’s lone Democrat, Richard Mirobito, expressed his displeasure over the move,” for the PA recount. Not surprised.

Poor Richard. Someone moved his cheese.

In 2023, the liberal Left can look forward to the following: On January 6, the U.S. Supreme Court will decide whether to pursue the Brunson Case against the Biden regime and Mike RINO Pence.

The DEMS are dancing in the dark ‘cause Trump is not going away.

“Ladies and gentlemen, distinguished guests and my fellow citizens. America’s comeback starts right now. Two years ago when I left office, the United States stood ready for its golden age. Our nation was at the pinnacle of power, prosperity, and prestige, towering above all rivals, vanquishing all enemies and striding into the future confident and so strong. In four short years, everybody was doing great. Men, women, African Americans, Asian Americans, Hispanic Americans, everybody was thriving like never before.”

God is on the side of truth and justice.