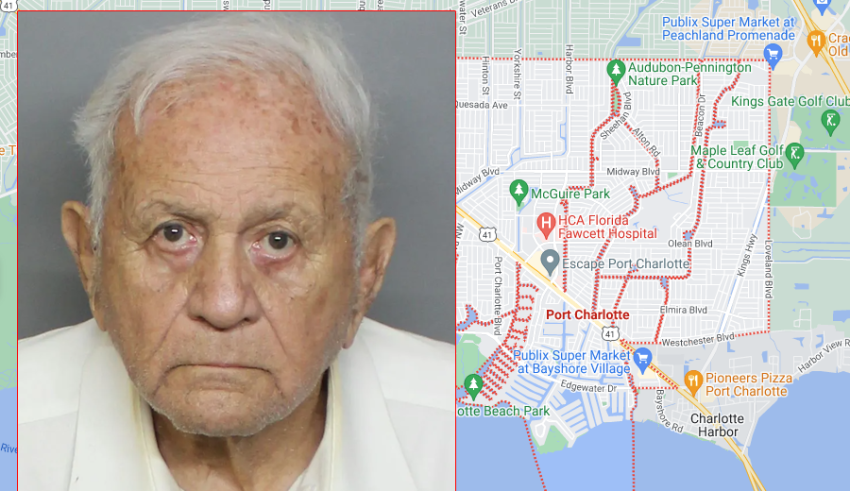 PORT CHARLOTTE, FL – A Port Charlotte senior citizen was placed under arrest on Friday, December 30, 2022 following allegations of sexual misconduct with a minor. According to authorities, on Thursday, December 29, deputies responded to a Port Charlotte home in reference to reports of an 87-year-old man having sexual interactions with a young child.

The child was brought in for a forensic interview with the CCSO Special Interviewer of the Major Case Unit. During this interview, the child, explained that the man, identified as 87-year-old Joseph Charles Sorrentino, would coerce her into touching his penis and allowing him to touch her groin and buttocks.

The child provided explicit details of the alleged events and of Sorrentino’s genitals, and indicated that the most recent occurrence had happened sometime since Christmas. She went on to state that Sorrentino would even provide her with chocolate candy treats for doing what was asked. She did clarify that at no time did any form of penetration occur.

Deputies then met with Sorrentino and questioned him regarding these allegations. Sorrentino denied the accusations, but was unable to provide reasonable responses to some of the specific questions asked by investigators. Additionally, some of the answers he provided corroborated certain details given by the child.

“This young girl has suffered trauma that no child – no person – should have to endure. It breaks my heart that this happened, but I hope that there is some peace of mind for her and for her mother that this individual is now facing the consequences. We will do everything we can to ensure justice is served appropriately.”

Based on the totality of the investigation, Joseph Sorrentino was placed under arrest on charges of Lewd and Lascivious Molestation of a Person Under the Age of 12. He is currently being held at the Charlotte County Jail.