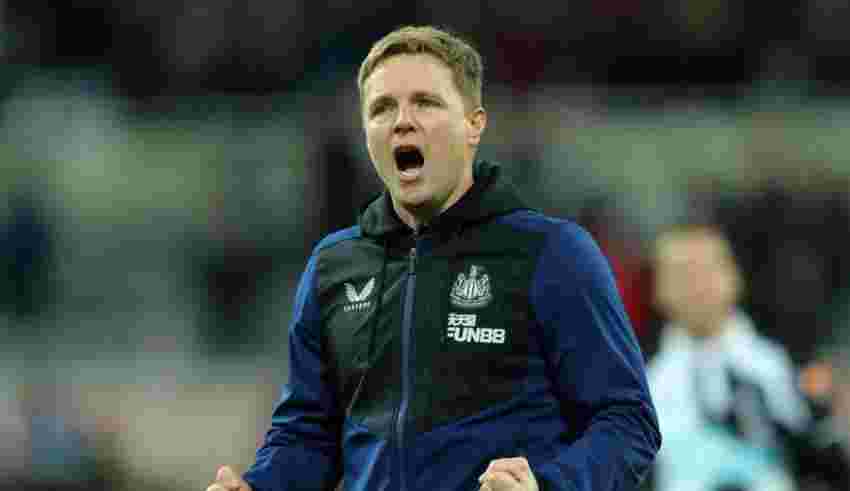 Ever since Newcastle United’s takeover by a Saudi-led consortium in October last year, the club has been on an upward trajectory which has seen them battle with the likes of Arsenal, Manchester City and Tottenham Hotspur at the top of the table. Under the management of Eddie Howe, the Magpies look immense, and there are a number of factors that Howe has used to get them playing this way.

To stay in the Premier League last season, Howe had to work on tightening up the defence and avoid leaking goals on a weekly basis. With the arrival of Kieran Trippier and Dan Burn in the January window, the Magpies managed to create a more solid backline as they rose up the table and away from danger, with only Manchester City and Tottenham scoring more than three past them in the second half of last season.

Although Trippier’s season last year was hampered due to an injury, Burn proved to be a good acquisition as his tall and dominating presence became valuable to the Magpie’s defence. With Howe’s style of play being implemented on the team, the players got on board, and the former Bournemouth coach guided Newcastle to 11th place last campaign.

So far this season, the Tyneside outfit has carried over their defensive steel into this season, and with the arrival of Sven Botman from Lille in the summer, their backline has only improved as the season has progressed. Howe’s men have conceded just 11 goals in the Premier League, the joint least with Arsenal, and have kept the same amount of clean sheets as the Gunners with seven, the joint best of anyone in the division.

With a defence consisting of Fabian Schär, Trippier, Burn and Botman for most of the season, as well as the solid goalkeeping abilities of Nick Pope, the Magpies have kept a consistent defensive structure throughout the first half of this season, allowing them to build a clear understanding between the four defenders and creating a solid trust between themselves and Pope in the Newcastle goal.

However, it’s not just the defensive signings that have paid dividends for the Geordies; other arrivals have also hit the ground running, which has made them a great team to watch.

Naturally, with the new owners coming in, money was going to be spent to improve the squad in Howe’s image. However, instead of splashing the big bucks on all of their signings, the club have taken a more strategic approach to their transfer policy.

As mentioned earlier, Trippier and burn joined the club in January, and their qualities have proved vital for the defence. Defender Matt Target and striker Chris Wood also joined the club in the winter, bringing more Premier League experience to the side, but it was the £42.10 million signing of Brazilian midfielder Bruno Guimarães from Lyon which became the marque arrival to St. James Park.

The sort of signing many people expected the club to make, and despite not starting a handful of his first few games in the Premier League, after his fantastic backheel goal to guide Newcastle to a 2-1 win against Southampton in March, he’s never looked back and has established himself as one of the most valuable players in the starting Xl.

His intensity, willingness and sheer determination have already made him a cult hero to the Geordies, on top of getting vital goal contributions in games since his arrival to the Northeast. Playing in the middle of the park and having a box-to-box playstyle, his defensive responsibilities have been just as crucial as his attacking presence, clearing up the backline when needed and setting up the attack given the opportunity.

The Magpies have also signed Swedish striker Alexander Isak for a record fee of £60 million from Real Sociedad in the summer, with the forward making an instant impact by scoring against Liverpool and Bournemouth before an injury hampered his season. But once he gets back onto the pitch, it seems more than likely he’ll be back to scoring goals for the black and white stripes of Newcastle.

The Revitilisaion of Joelinton and Miguel Almirón

Before Howe arrived at St. James Park, both Joelinton and Almiron were seen as the most frustrating players in the squad, given their apparent talents but lack of goal contributions or attacking abilities until that point. But a year on since Howe’s arrival, both players have gone up through levels in their performances.

Joelinton, a striker who couldn’t find the net on a regular basis, has been converted into a powerhouse midfielder, and his performances in the middle of the park have seen him become such a massive player for the Geordies over the last 12 months.

This season, the Brazilian has managed 1.4 (56%) successful dribbles and 2.5 tackles per game, the second most of anyone in the Newcastle side, while also making 1.2 interceptions per game, the fourth most of anyone in the team. This clearly demonstrates his ability to not only dribble the ball from defence to attack but also make crucial tackles and win the ball back for Howe’s team.

Miguel Almiron is another player who has been entirely reborn under Howe’s management. In his previous four seasons at Newcastle, the Paragiuan only managed a tally of nine goals, but so far this season, he’s already managed to bag eight goals, almost equalising his overall record for the club.

Playing with more of an attacking and high-press strategy under Howe, Almiron has found himself in more attacking areas of the pitch and scoring on a regular occurrence, something which the Geordie faithful have been asking for since he signed for the club in January 2019.

If he keeps playing like this throughout the rest of this season, it’ll only be a matter of time before he reached doubles digits in the league, which would be an outstanding achievement given his lack of form a year ago and having a fair amount of criticism about his lack of end product in recent years.

Eddie Howe deserves a lot of credit for getting Newcastle United to this point when looking at where the club was a year ago. Of course, many people just attribute all of the Magpies’ success to the owners and having the ability to lure players away with wages, but considering seven of their players in the starting eleven were here before Howe arrived, that opinion is irrelevant. It shows how much improvement Howe has instilled within the squad and if they continue on this rich vein of form, who knows what they can achieve this season. 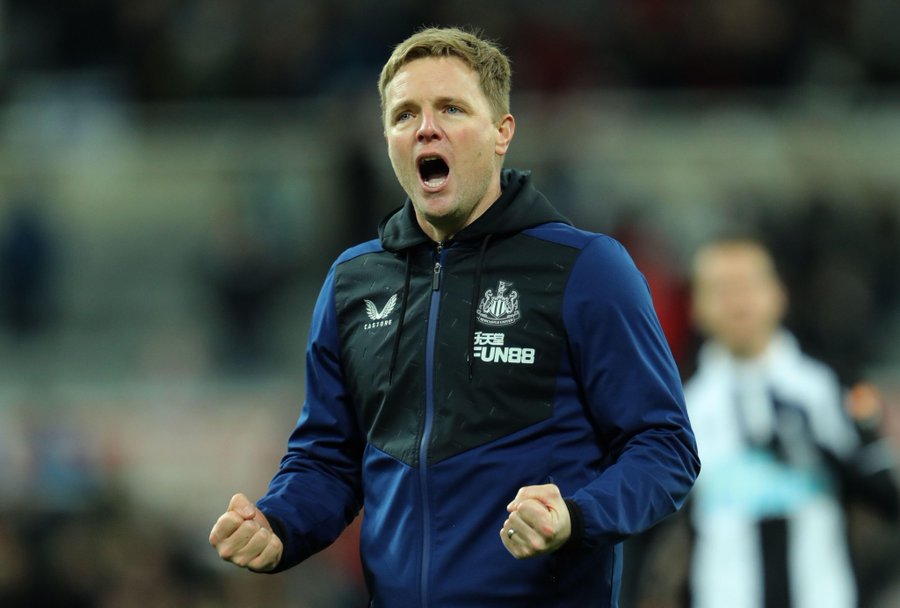