Home Automotive A Proper Race Car for the Road 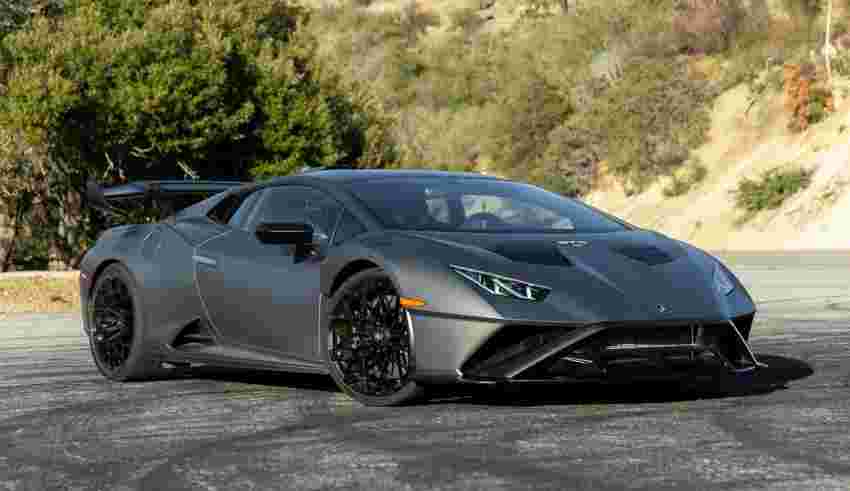 Despite their intended purpose, track-oriented supercars spend only a fraction of their lives at any given circuit. This leads them to a significant dilemma. They need to perform as their driver hammers in lap times while simultaneously delivering an engaging driving experience on normal roads. Italy’s latest homologation special, the Lamborghini Huracan STO, is a perfect example of this.

Last year, I had the privilege of driving the Huracan STO at Willow Springs Raceway. The STO impressed with sticky tires on hand and an open track, making it easily the best car I drove last year. Flash forward to 2022, and I finally got a chance to drive the STO on some of my favorite canyon roads and around Los Angeles. With a naturally aspirated V10 paired to what is easily one of the loudest stock exhaust systems I’ve ever heard, along with its clever suspension and outrageous styling, it didn’t take long for the STO to remind me that it’s a truly impressive machine.

Even a glance reveals that the STO is a homologation special. It uses the brand’s Super Trofeo EVO and GT3 EVO race cars as its base. While race car-inspired special editions are not rare, none seem to go quite as far as the STO. While it’s unmistakably a Huracan, virtually every panel on the STO is new. The front no longer houses a traditional front bumper flanked by fenders and a hood. Instead, we get what Lamborghini calls the “cofango.” It’s a clamshell design covering the car’s whole front and opens up as one large piece.

The STO features aggressive side skirts along the sides that lead into a widened rear quarter panel. The quarter panel itself now features a shark fin design that channels air and NACA ducts on either side. All of the air leads to the massive adjustable rear wing. While it doesn’t feature any active aero, the STO’s adjustable components can deliver up to 935 lb of downforce at 173 mph. That figure marks a 37 percent improvement over its predecessor, the Performante.

Lamborghini opted to use its carbon fiber “sandwich” technique for 75 percent of the STO’s body panels. The result is a dry weight of under 3,000 while utilizing 25 percent less carbon fiber than usual. While its styling screams function over form, that doesn’t mean the STO isn’t still striking to look at. With not a single flat surface on it, the STO’s bodywork is busy in the best way possible. Lamborghini wanted to deliver a race car for the road, and by mainly sticking to the race car’s original styling elements, it has achieved it.

While I got my first taste of life behind the wheel of the STO on track, it was even more enjoyable on my favorite canyon roads. For starters, its 5.2-liter naturally-aspirated V10 remains a true masterpiece. Developing 640 hp and 417 lb-ft of torque, the STO is the most powerful member of the Huracan family. A seven-speed dual-clutch transmission sends all of that power to the rear wheels. Despite this, the STO sill hits 60 mph in around three seconds before continuing onto a top speed of 192 mph. There’s also a rear-wheel steering system, a first for a rear-drive Huracan.

The STO delivers power on the road like any other Huracan; there’s just more of it sitting at the top end of the rev range. As a result, the STO rewards you as you drive more aggressively. There isn’t a massive reserve of low-end torque waiting to rocket you forward. Instead, the STO asks you to work for your speed, keeping the revs high as you connect various corners. The dual-clutch transmission makes this a breeze with tight gear ratios and instantaneous response. Even in automatic mode, its programming always kept me in the right gear.

On the suspension front, the STO features steel springs with magnetic dampers. Helped along by all of the aero mentioned earlier, the STO remains perfectly planted, even through tight, quick corners. The STO delivers a level of stability that inspires confidence to push further. Despite the incredible performance, the STO isn’t as stiff as I thought it would be around town. While there’s no comfort mode, the magnetic dampers do a decent job of soaking up imperfections on the road.

The STO’s brakes feature proper race car tech. While they’re carbon ceramics just like on a standard Huracan, their racing origins mean they can withstand 60 percent more stress than usual. On the road, I was able to stomp on the brakes repeatedly without any drop in performance. Once its brakes are up to temperature, the STO delivers some of the best braking performance in the business, also contributing to a higher sense of confidence behind the wheel.

Overall, every part of the STO’s driving experience just feels alive. There is not a dull moment behind the wheel of this car. Its steering, powertrain, suspension, and brakes are nicely dialed, mastering on-track performance while delivering an absolute riot on normal roads.

Given its race car roots, the Lamborghini Huracan STO’s interior is about as barebones as barebones get. You won’t find a cup holder, storage bin, or frunk. The STO isn’t a weekend getaway kind of car. Its purpose is performance above all else. A look around its interior reveals a sea of carbon fiber. From the door panels to the air vents, the floor, and the seats, you’ll find an abundance of the lightweight material. My tester featured black suede seats with bright red contrasting accents, which added some much-welcomed vibrancy.

The seats themselves aren’t as uncomfortable as you might expect from carbon-backed racing chairs. However, I struggled in the shoulder department as the seat’s opening is relatively narrow. There’s still good headroom despite the Huracan’s low sloping roof. As I found out last year, my 5’10 self fits comfortably, even with a large helmet.

The Huracan STO features the same central infotainment system as the standard car. Since it controls most of the car’s systems, you’ll find a lack of buttons in the interior. Despite this, you get wired Apple CarPlay connectivity and an adjustable digital instrument cluster in front of the driver. As a result, the STO does not lack in the connectivity department.

Given that the STO delivers arguably the best driving experience of any modern Lamborghini, it comes at a price. While the starting price is $327,000, my tester came in much closer to $400,000, thanks to optional extras such as the paint and interior colors. According to Lamborghini, the STO is not a limited edition model. Despite this, production is still expected to be lower than other Huracan variants.

Thanks to its race car-inspired tech, styling, and driving experience, the Huracan STO delivers a unique drive in today’s market. With a naturally aspirated engine and a beautiful sound, the STO hones in on what makes an exciting drive, even at slow city speeds. Having driven it both on and off the track, it’s clear that the STO nails that dual personality, meaning that no matter where you drive it, you’ll be smiling while you do.