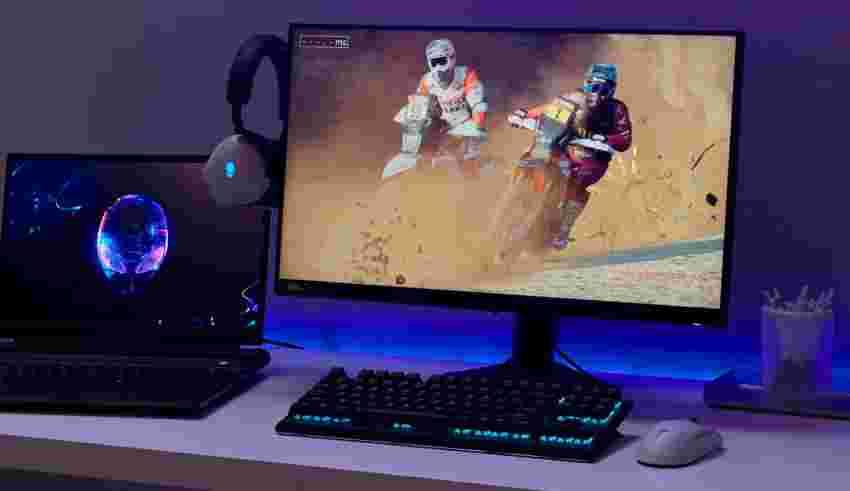 But 500Hz might be pushing things more than a little too far.

Dell-owned Alienware has a history of unveiling weird and wacky products at CES, and this year is no different with the 24.5-inch AW2524H. The gaming monitor is poised to be the world’s first 500Hz monitor you can actually buy.

Will this monitor make you the esports megastar of your dreams? Probably not. The response time difference between a 360Hz and 500Hz panel is just 0.78 milliseconds, and this response time would only be available in games that support 500fps (and there aren’t many).

It’s also worth noting that hitting 500Hz requires the panel to be overclocked since its standard refresh rate is 480Hz. At 500Hz, you’re locked to just 1080p (not that any PC would be capable of pushing 4k/500Hz anyways). Further, you’ll need to use DisplayPort connectivity to hit a refresh rate over 240Hz since HDMI 2.1 caps out at that refresh rate.

Other notable specs include an IPS panel, two HDMI 2.1 ports, a DisplayPort 1.4 port, four 5Gbps USB-A ports and, of course, RGB backlighting. Oh, and there’s a headphone stand on the left side of the monitor.

To be fair, Asus revealed a prototype 500Hz gaming monitor several months ago but hasn’t revealed any additional information about the device yet. On the other hand, Alienware’s AW2524H will release in North America on March 21st.