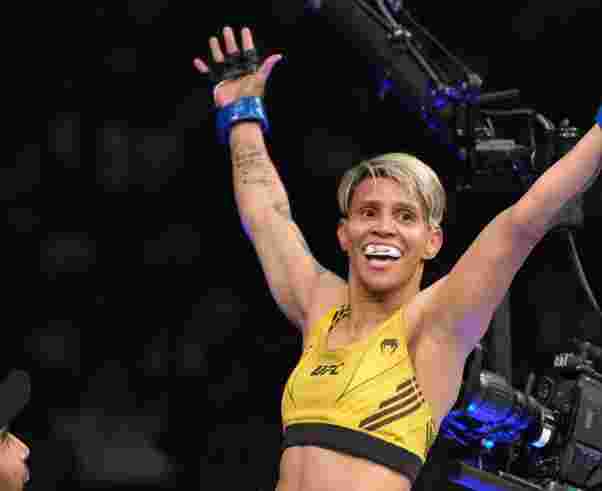 Tonight, at UFC Vegas 64, none of the five fights on the main card went the full distance. I’m not sure I’ve ever seen an edition of Fight Night before where the judges’ scorecards did not determine one single outcome. Nonetheless, it was an entertaining evening of nonstop action. There’s a lot to unpack here. Without further ado, let’s get into it!

Women’s strawweight contender Marina Rodriguez was especially cautious in the first round of her bout with Amanda Lemos. That is due to the fact that Lemos is notorious for being heavy handed and landing punches that make a visible impact against her opponents. The majority of the round was a timid showing of calf kicks and body kicks by both women, but Lemos scored a takedown in the final 15 seconds. However, Rodriguez ended up with the dominant position and may have stolen the round.

With about three minutes remaining in the second round, Lemos scored another takedown. She immediately established a body triangle and attempted to lock in a rear naked chokehold. Rodriguez was able to avoid the submission but it was a dominant round full of lots of ground control time for Lemos. At the beginning of round three, Lemos landed a huge overhand right strike that stunned Rodriguez. She followed that up with a flying knee and a barrage of punches that rendered her opponent defenseless. The referee stepped in and stopped the fight.

Welterweight prospect Daniel Rodriguez referred to octagon veteran Neil Magny as “the gatekeeper” of the UFC’s welterweight division during the buildup to tonight’s fight. Apparently Magny took exception to this analogy. Although both men are 35-years-old, Magny has had a much longer career in mixed martial arts. He is a former collegiate athlete, turned combat sports professional, while Rodriguez, affectionately referred to as “D-Rod” picked up the sport following the end of his incarceration.

In round one, Rodriguez took early control by frequently landing his left jab. However, Magny eventually began responding with strikes of his own and caused Rodriguez to begin bleeding from his nose. With one-and-a-half minutes left in the round, Magny scored a takedown that may have tilted an otherwise even period in his favor.

Round two was a dominant showing for Rodriguez. He was the aggressor from the onset. Anytime Magny responded to Rodriguez’s jabs with a flurry, D-Rod would increase the forward pressure and smother Magny’s attack. He decided to resort to grappling in round three, scoring a takedown in the first minute. However, Magny fought to his feet and scored a takedown of his own. He eventually established an air tight darce choke that forced Rodriguez to tap out. With that victory, Neil Magny has become the sole record holder for the most wins in the UFC’s welterweight division!

Featherweight challenger Darrick Minner began his bout against Sha Yilan by throwing a left-footed mid-level kick that landed on the right hip of his opponent. Upon impact, it was apparent that he injured his knee. Sensing his opponent was vulnerable, Yilan made the most of the opportunity and landed a strike that sent Minner to the mat. He then pounced on him and began pummeling Minner with strikes until the referee stopped the fight, due to Minner’s inability to defend himself or mount an attack of his own. Although Minner’s injury was unfortunate, Sha Yilan looked impressive in the short amount of time he competed tonight!

Flyweight prospect Nate Maness began tonight’s fight in a Southpaw stance. Tagir Ulanbekov was not impressed by the tactic; he scored a takedown within the first 60 seconds of the fight. He then locked in a front-facing guillotine chokehold even after Maness managed to fight to his feet. Maness could not wriggle his way out of the maneuver and was forced to tap out. It was a dramatic first round submission victory for Ulanbekov!

Madsen landed a huge overhand right in the first fifteen seconds of the round that sent Dawson sprawling to the mat. However, when Madsen pounced on Dawson to take advantage of the moment, Dawson used his grappling skills to establish a body triangle. He went on to dominate the remainder of the round through an incredible amount of ground control time.

Dawson attempted a takedown at the beginning of round two but Madsen displayed great defense and avoided it. However, Dawson was successful on a takedown attempt in the next minute, and added a ground-and-pound attack in the final 15 seconds of the round for good measure. In the first 30 seconds of round three, Dawson sent Madsen to the mat with a calf kick and then pounced on him, establishing a body triangle. He locked in a tight chokehold and Madsen was forced to tap out. After his dramatic victory, Madsen proclaimed that he should be ranked in the top 15 in the lightweight division and called out Tony Ferguson to be his next opponent!

Amanda Lemos has punching power that can change the outcome of any fight. The reigning women’s strawweight champion, Carla Esparza, has a great combination of striking and grappling skills, but Lemos is the more powerful striker between the two. It is not a guarantee that Lemos will be granted the next title shot. However, if she is placed in the octagon with Esparza, she’s definitely got a puncher’s chance.

The world’s most renowned mixed martial arts organization returns next week with UFC 281 from Madison Square Garden. The main event of the evening will feature reigning middleweight champion Israel Adesanya versus the man who beat him as a kickboxer, Alex Pereira. You won’t want to miss it!

As always, we’ll have all the latest updates about the outcomes of the fights, as well as in depth analysis, available right here at World in Sport! Until next time, take care of yourselves, and each other. 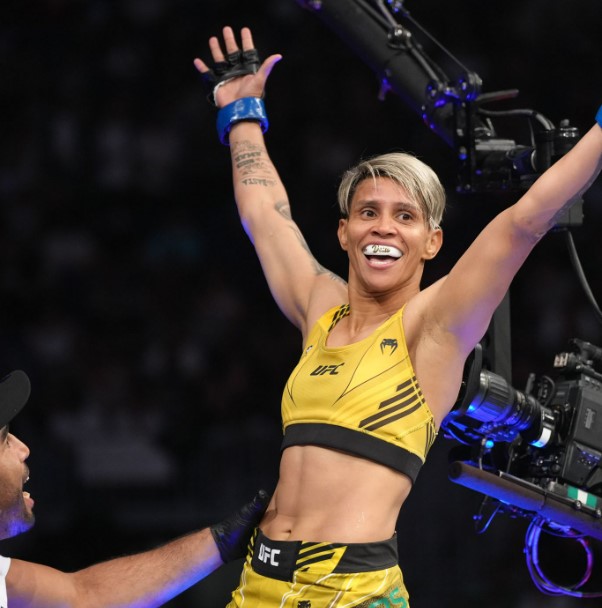