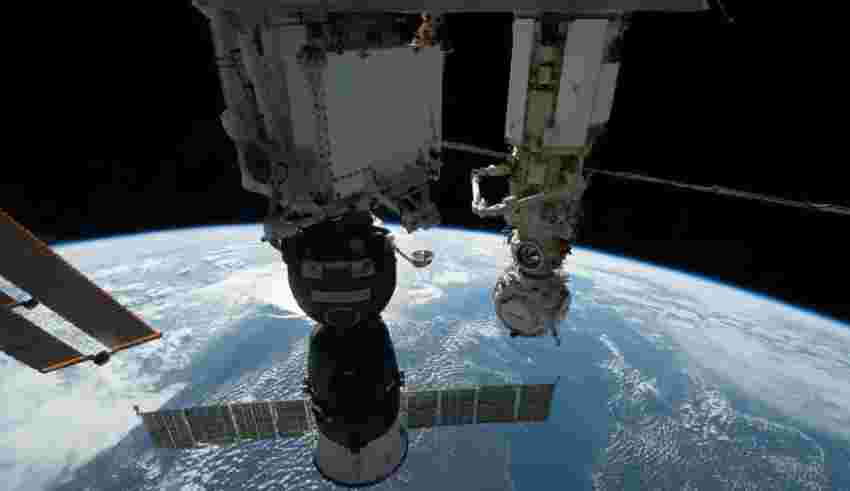 MERRITT ISLAND, FL – One American astronaut and two Russian cosmonauts have been stranded in the International Space Station (ISS) after their spacecraft sustained damage in December, with the trio facing the prospect of being forced to spend several more months orbiting the Earth awaiting rescue.

American Frank Rubio and his Russian counterparts, Sergey Prokopyev and Dmitri Petelin, were originally supposed to return home from the ISS in March 2023; however, those plans were dashed last month when the Russian MS-22 Soyuz that they were supposed to leave in sprang an unrepairable leak following a meteoroid strike, necessitating that they wait several more months while officials formulate a plan for their safe retrieval.

A plan was floated by NASA and Russian space officials on Wednesday involving the launch of a second, empty Soyuz spacecraft – originally intended to shuttle a new batch of astronauts to the ISS in March, but now being repurposed as a lifeboat – that the stranded space explorers could use to get home, but that setting up the plan will take some time to achieve.

This means that help is on the way, but that the astronauts will be forced to spend more time floating around in the weightless environment of the ISS until it arrives, according to Manager of the International Space Station program, NASA’s Joel Montalbano.

“Right now, the crew is safe onboard the space station,” he said. “We’re not calling it a rescue Soyuz. I’m calling it a replacement Soyuz. There’s no immediate need for the crew to come home today.”

Currently, the empty Soyuz is slated to take off from Baikonur Cosmodrome in Kazakhstan on February 20; the reason the craft is being sent unmanned is to not simply replace one set of stranded men for another, as there would be insufficient seats for all of the astronauts – the new batch and the ones already on the station – to return home together.

It is currently unknown exactly when Rubio, Prokopyev, and Petelin will depart the ISS once the empty Soyuz finally arrives.