Home Automotive An Event In A League Of Its Own 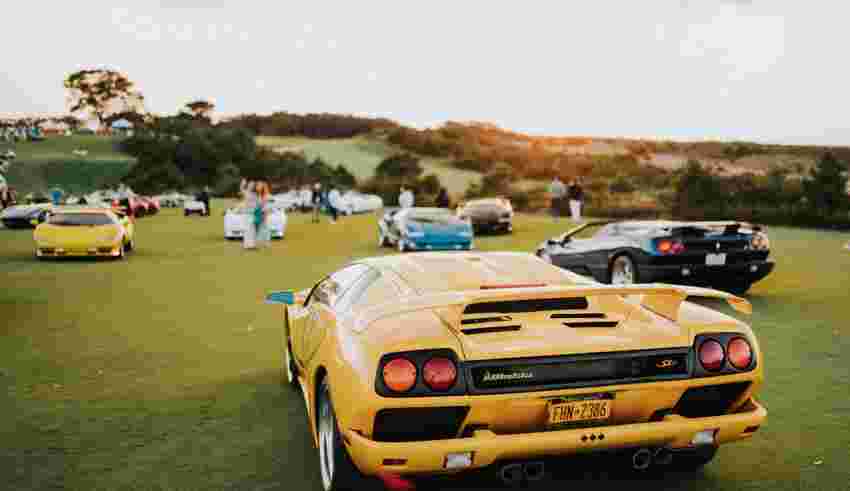 As you step off the luxury shuttle to enter the event, and you look out over the field past the Richard Mille Boutique and the Rolls-Royce ice cream station, you begin to realize that The Bridge is unlike any automotive event on the planet.

The story begins in 1957 when The Bridgehampton Race Circuit opened its gates with its beachy feel and stunning views of the ocean. It was an extremely demanding racetrack in an unimaginable location. Mario Andretti, Stirling Moss, and even Paul Newman spent time racing there and all had incredible things to say about the thrilling danger of its blind corners and infamous hills.

(All Images Taken By Kieran Buttrick)

When the track closed and was turned into a luxury golf course, Bob Rubin, Shamin Abas, and Jeffrey Einhorn took matters into their own hands and created this exclusive annual event in this historic and iconic location. The team was able to seamlessly intertwine the glories of the automotive past with the advancements of the future. It preserves and strides ahead in a way that is unmatched by anyone else in the industry.

We here at duPont REGISTRY attend exclusive events around the globe, many of which of them manage to have the same look and feel––rows of booths snaking through impressively designed displays, with the occasional auction here and there. They are either hyper-focused on the latest launch from manufacturers or on the judging of the world’s premier cars on the concours lawn.

That is why The Bridge is in a league of its own, it has an entirely different feel.

Let me explain: although the event has sponsors and vendors like any other, they place them throughout the event in a way that gives you a sense of discovery, the sense that you have just happened across them on your own. Nothing is in your face and everyone and everything feels approachable. Not to mention the fact that the field is filled with the top people in the automotive industry and beyond. As you walk throughout the field you hear passionate conversations between people connecting over their love of cars. From the top people at massive luxury automotive brands to Jon Bon Jovi, everyone gets to share this magical experience.

The event’s vibe and feel were second to none, but, let’s be honest: we were there for the cars. The entrance was filled with all of the latest and greatest Super and Hypercars starting with the all-new Delage D12 and then down the line to our friends at Hennessy, Rimac, Bugatti, Rolls-Royce, Koenigsegg, Pagani, and much more. Each brand brought out its latest and greatest model in order to create an array of automotive metal that many will never get the chance to see. As you made your way down to the lower fields it was as though you had gone back in time to see the world’s most unique pieces of automotive history. The first thing that stood out was not only one, but two DeTomaso Guara’s, something that very few have ever seen. And that was just the beginning; these incredible vehicles––whether they be race cars or the dozens finished in Mint Green––were strategically parked by their owners and collectors throughout the multiple show fields in a way that kept you engaged the entire time.

And just when I thought I had seen everything, I walked down what used to be the main straight through a narrow path. And there, perched on top of a hill, was a 1960 Porsche 718 RS 60 and a 1969 Porsche 908-02. Two cars with insane provenance right there before my eyes. Not to mention a handful of AMG Hammers, a Chromaflair GT2RS, the all-new Kimera––I could go on for days.

Overlooking the event from the far end, with the sun setting behind my back and a selection of expertly curated vehicles as far as the eye can see, I couldn’t have been happier about my trip to the northeast. I don’t plan on ever missing this event in the years to come. The Bridge has continued to grow for the past 6 plus years, I cannot wait to see what the future holds for them.

Mark your calendars for September 23rd, 2023; you do not want to miss The Bridge VII.