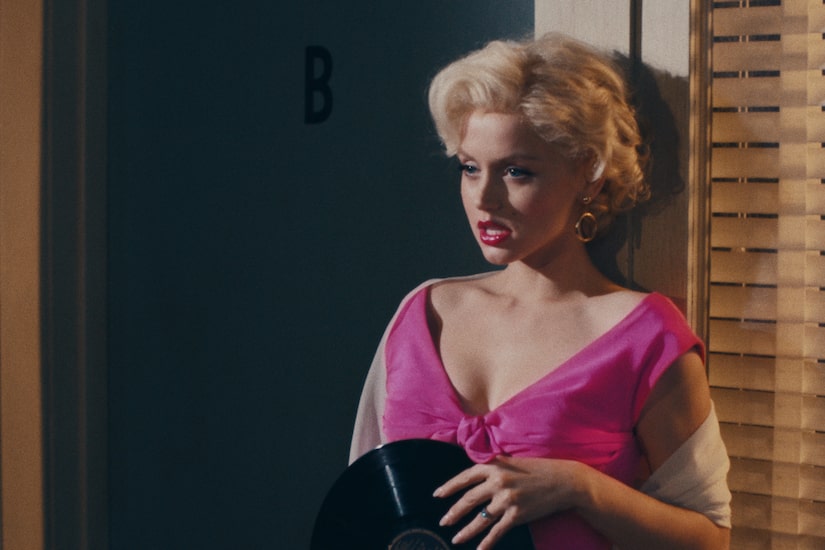 Check out a new trailer for the highly anticipated film “Blonde,” which has Ana de Armas starring as Marilyn Monroe!

The NC-17-rated film, helmed by Andrew Dominik, is an “imaginative” look at the complicated life of Monroe, based on Joyce Carol Oates’ novel of the same name.

The trailer puts major focus on Monroe’s struggle with life in the public eye. Ana, speaking as Marilyn, is heard telling someone, “I know you’re supposed to get used to it, but I just can’t.”

“Marilyn doesn’t exist,” the voice continues. “When I come out of my dressing room, I’m Norma Jeane. I’m still here when the camera is rolling. Marilyn Monroe only exists on the screen.”

“Extra’s” Rachel Lindsay recently spoke to Ana, who was very excited about the movie as she promoted “The Gray Man” with Chris Evans. She said, “I just want people to see it!”

She added, “This movie has been, you know, waiting for the world to see it for three years or more… I just want people to just watch it and have the experience because I think the movie is an experience.”

Earlier this year, Ana opened up about working on the film, telling Netflix Queue, “We worked on this film for hours, every single day for almost a year. I read Joyce’s novel, studied hundreds of photographs, videos, audio recordings, films — anything I could get my hands on. Every scene is inspired by an existing photograph. We’d pore over every detail in the photo and debate what was happening in it. The first question was always, ‘What was Norma Jeane feeling here?’ We wanted to tell the human side of her story. Fame is what made Marilyn the most visible person in the world, but it also made Norma the most invisible.”

“Blonde” will premiere at the Venice Film Festival in September, and will stream on Netflix from September 28.