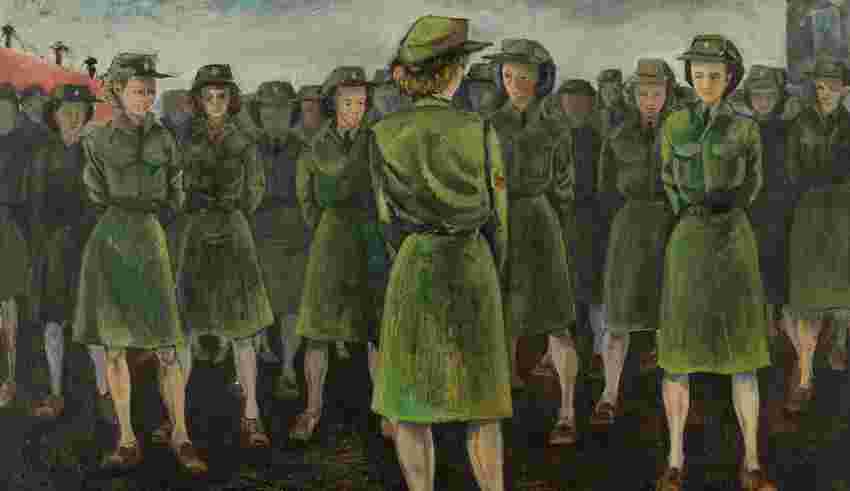 For the uninitiated, the Vancouver-born Bobak was the first Canadian woman artist to be sent overseas to document Canada’s efforts during World War II. During this time, she captured countless brave soldiers, including, in particular, Canadian Women’s Army Corps (CWAC). 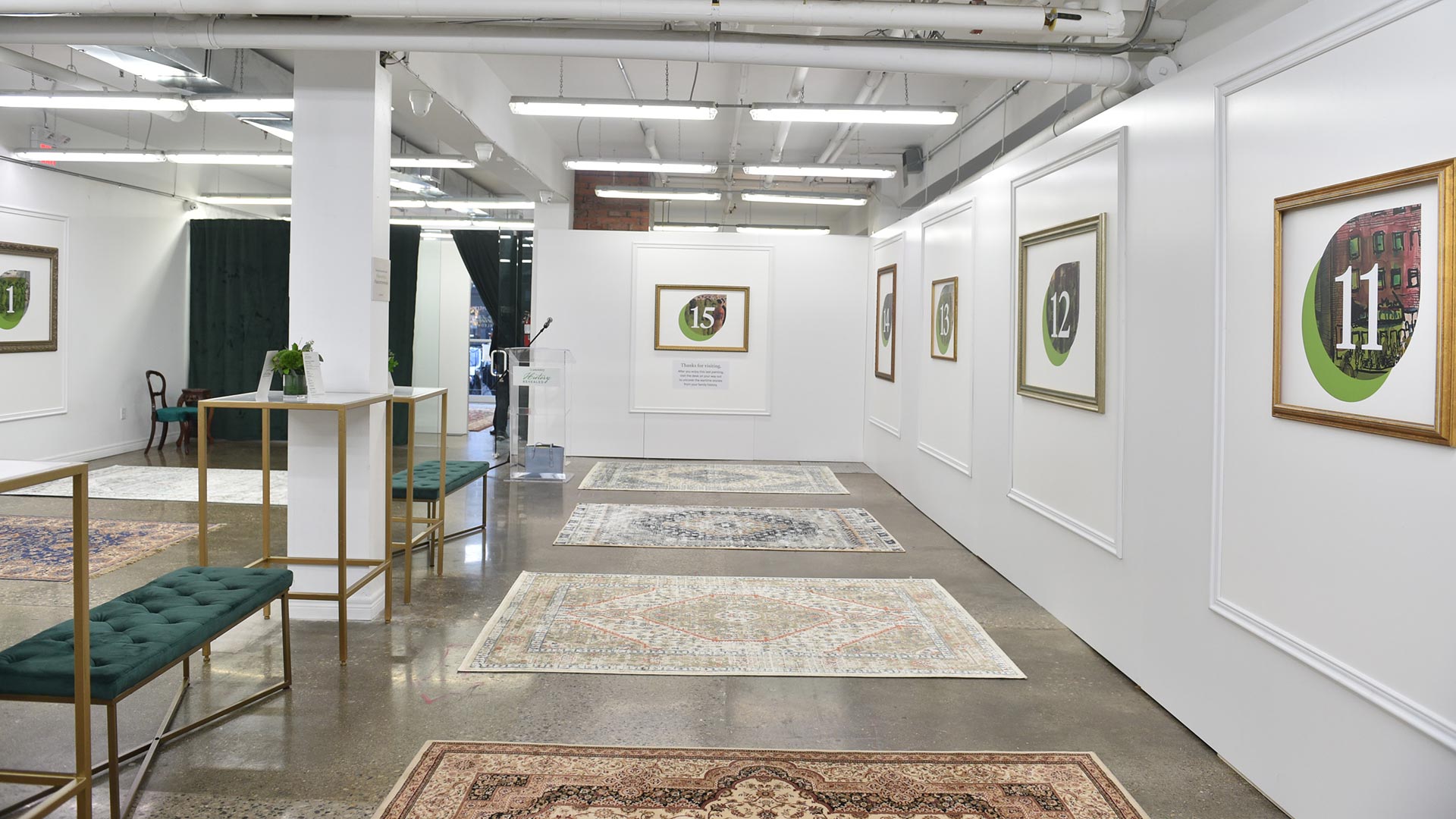 Now, through the power of augmented reality (AR), Ancestry Canada is bringing Bobak’s works to life as part of its “History Revealed” event.

Running until November 11th at 1153 Queen Street West, the gallery features over a dozen of Bobak’s paintings that you can interact with using on-site iPads or your own smartphone. Simply scan the numbered portrait and the actual artwork will pop up on your device. You’ll then have the option to receive background information on the given painting either through text or narration. 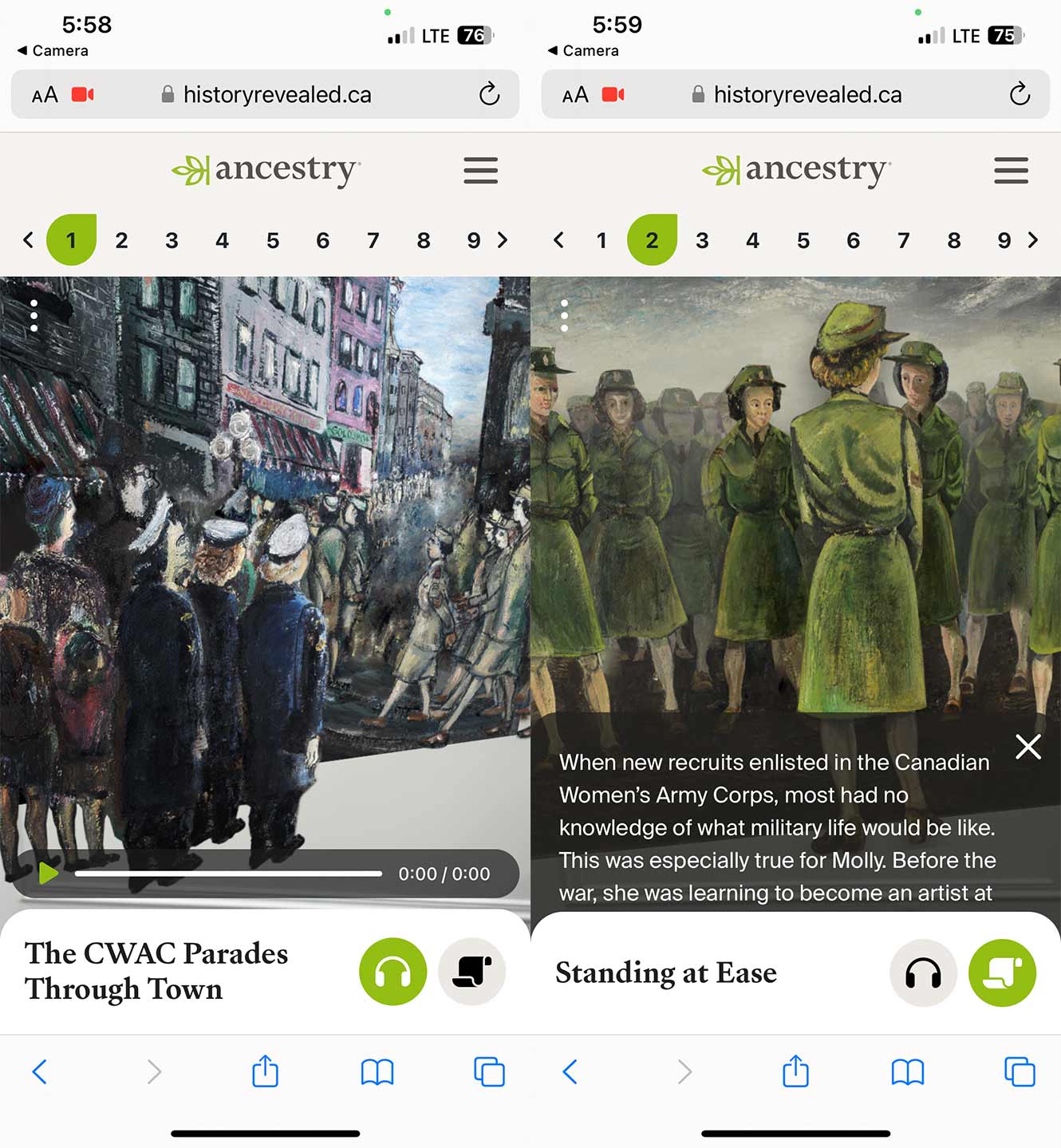 For example, the first portrait shows the CWAC as it parades through town, while the second shows how many women enlisting in the army had no idea what military life would be like. As someone who wasn’t aware of Bobak’s work prior to the event, I definitely learned a lot — not only about her, but the brave CWAC. My mum, who is big into genealogy and wartime remembrance, also really appreciated the exhibit.

Here are this week’s hours:

As part of the Remembrance Day commemorations, Ancestry Canada has also made its military records free for all online until November 11th.

In related news, the Royal Canadian Legion and Legion National Foundation are once again offering Canadians the opportunity to design their own virtual poppy in support of Canadian veterans and their families. You can learn more about that here.