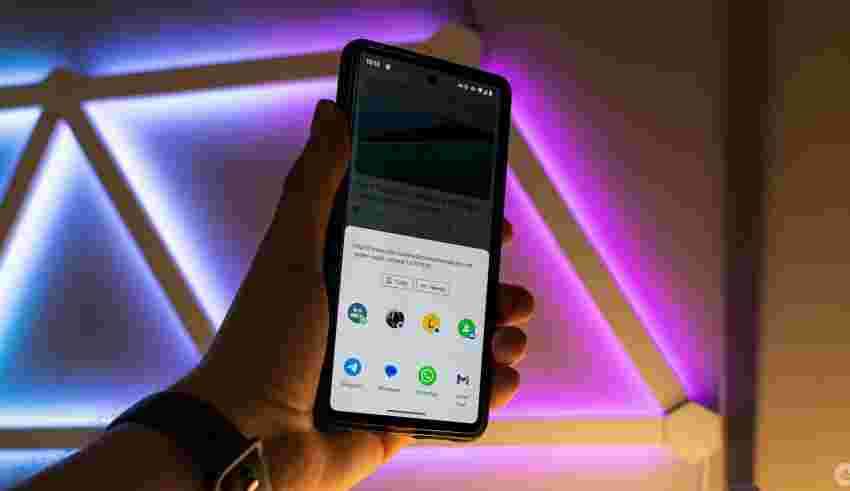 A long-running problem with Android is the ‘share sheet,’ which offers access to various options for sharing content from one app to another. But it might not be a problem for much longer — Google is reportedly looking to improve the share sheet perhaps as early as in Android 14.

Although the share sheet generally works, it’s not the best experience — Google has been working to improve it for years. For example, Google updated the share sheet in Android 12 to block third-party apps from setting themselves as the default share sheet, and in Android 10, it boosted the loading speed. However, because the share sheet can only be updated with a new Android version, changes come slowly and sporadically.

According to Mishaal Rahman, senior technical at Esper (via Android Police), Google developed an experimental version of the share sheet that’s hidden in Android 13. Although it’s functionally the same as the current share sheet, the experimental version is a mainline module. Those modules are decoupled from Android itself and can be updated through Play Services — other mainline modules include the Bluetooth stack and networking components.

Unfortunately, Google hasn’t said whether it plans to make this change with the share sheet, but the experiment suggests it could be a future change. And if the change does happen, it could go a long way to helping improve the share sheet by letting Google update it more often. Making the share sheet a mainline module could also help Google ensure a more consistent experience across phones from various manufacturers. The downside, however, would be that manufacturers may not be able to customize the share sheet as much.

Android 14 would be the most likely candidate for implementing this change. However, as mentioned above, Google hasn’t said whether it plans to go through with it. We’ll have to see what happens with the Android 14 developer previews and betas, which will likely arrive in the coming months.