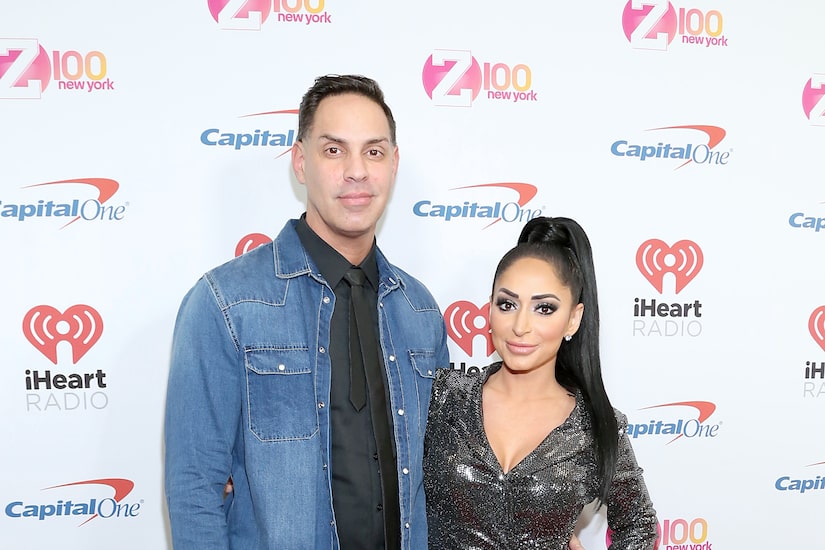 Months after Angelina Pivarnick’s husband Chris Larangeira filed for divorce, their divorce has been finalized.

It was finalized on May 29.

While Larangeira was present for the court hearing, Pivarnick agreed to the terms of the divorce without being there.

Though their divorce is finalized, they are still in a nasty court battle since he claims she still owes him money, The Sun reports.

According to the divorce settlement agreement, “Angelina will pay Christopher the sum of $22,000 which represents his 50% share of the monies gifted to the parties for their wedding.”

Larangeira claimed that he never received $22,000.

His lawyer argued that Pivarnick is refusing to “refuse to abide by the terms of the party’s duly executed marital settlement agreement.”

Larangeira also wants Pivarnick to pay his attorney’s fees and be penalized $50 a day for every day she doesn’t pay the $22,000.

Angelina filed for divorce a year ago, but the case was dismissed nine months later.

In a confession, she revealed, “Our sex life is nonexistent at this point and honestly, I don’t know if we can get the spark back in our relationship. And that’s not a good thing.”

Pivarnick admitted, “I’m not perfect by any means. I’m not the most perfect wife ever. I yell at him. I’ll belittle him sometimes. I feel like we’re both wrong. But see how I’m admitting it to you? He won’t ever admit that he’s wrong.”

The two had been trying couples therapy, but she told her friends that she wasn’t sure that it was helping their relationship.

Pivarnick also hinted that their relationship wouldn’t last, saying, “Things are really f**ked up between Chris and I right now. And I’m kind of like, what the f**k do I do? This is a really big decision to make, if I’m going to stay or leave my marriage.”

Angelina and Chris do not have any children together.

The pair had been together since 2016. They tied the knot in a televised wedding three years later.