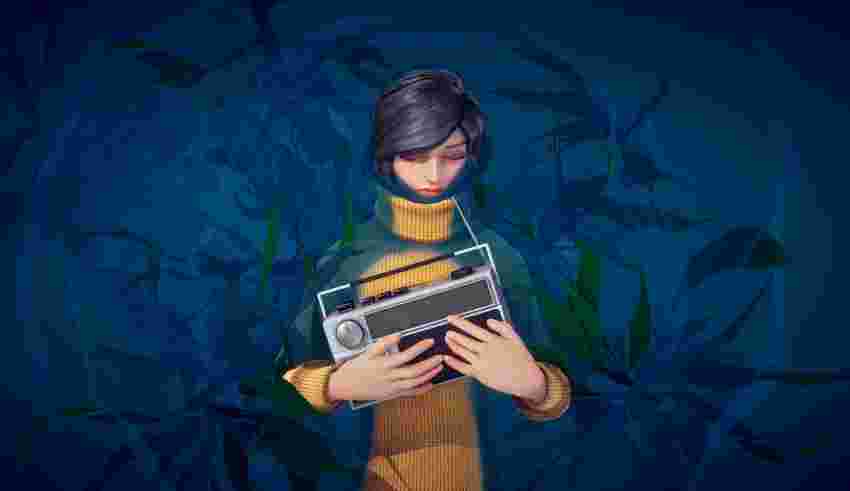 For better and worse, A Memoir Blue feels like a creator’s first short film — it’s got some interesting ideas and artistic flourishes, but it’s also a little rough around the edges.

First released on consoles and PC in March, the Cloisters Interactive-developed game has just made its way to mobile. To say this is a “game,” though, is a bit misleading, and I don’t even mean that in a pejorative sense. Instead, A Memoir Blue is considered more an “interactive poem,” a sort of adventure game that’s extremely light on actual gameplay.

In A Memoir Blue, you follow Olympic swimmer Miriam who, despite her successes, finds herself solemnly reflecting on her late mother. These are conveyed through colourful, aquatic dreamlike sequences in which you use a pointer to interact with objects. In this way, there are “puzzles” — though I use that in the loosest sense of the term — to clear, but they’re not intended to present actual challenges.

Instead, the idea is for you to gently guide Miriam through her fantastical memories and learn a bit more about her upbringing. Admittedly, though, this sort of “childhood reflection” experience is something we’ve seen a lot in recent games, especially in other titles from publisher Annapurna Interactive, like What Remains of Edith Finch and this year’s Hindsight. As a result, A Memoir Blue‘s one-hour experience is arguably too short and understated to make much of a lasting impression. 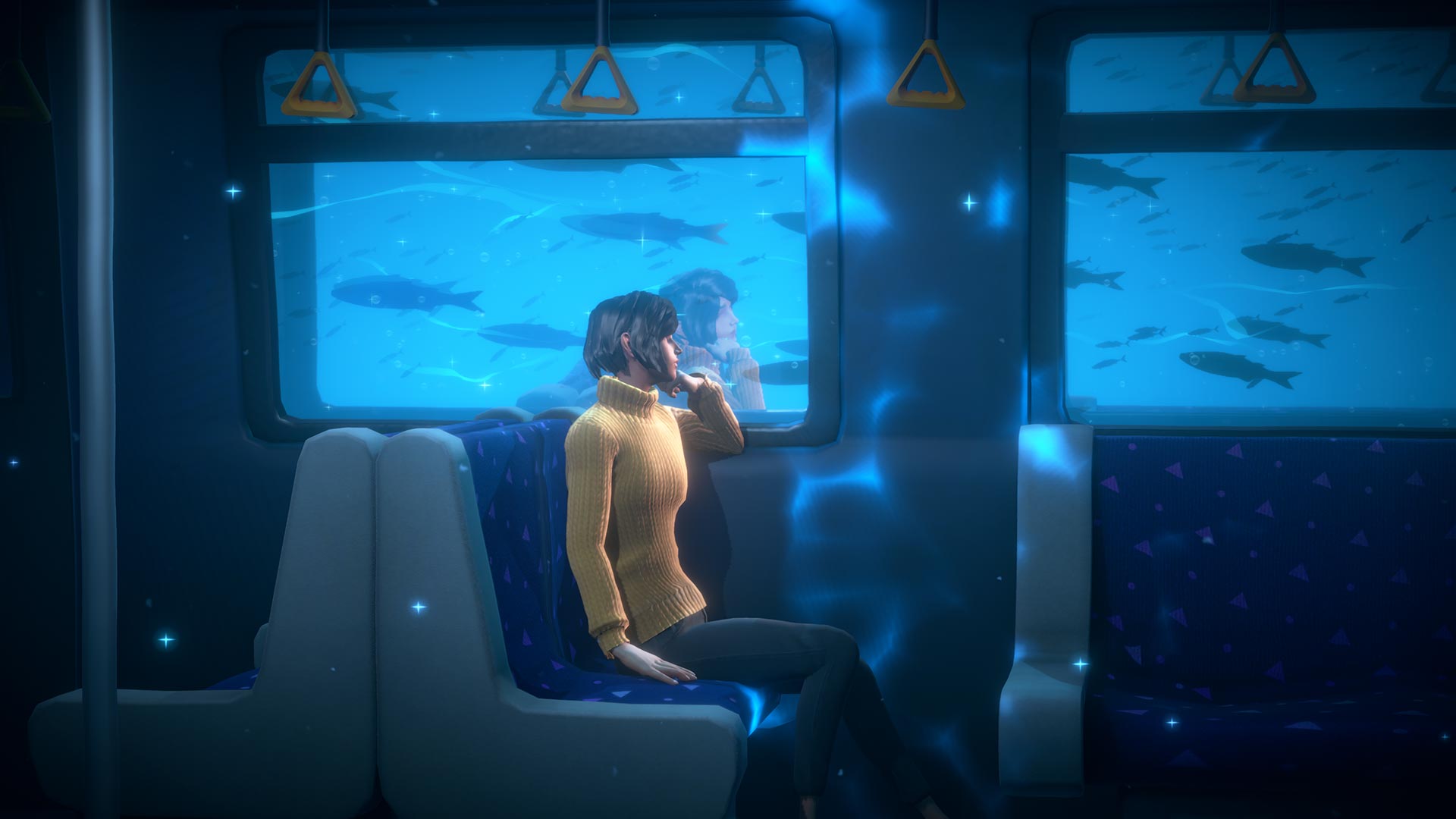 But for what it is — a clearly personal tale for the developers — A Memoir Blue is fine. Its greatest strength is its minimalist presentation. Telling the story completely dialogue-free is refreshingly different for a game, relying instead on the lovely visuals for storytelling. Cloisters Interactive also does a neat thing of using cute doodle-esque character models for scenes with Miriam and her mother to neatly contrast the gloomier present-day.

The biggest frustration, though, came in the gameplay itself. I’m fine with mechanically-lite games, especially in service of more atmospheric narrative experiences such as this, but it doesn’t translate that well to mobile. Maybe it was my fat thumbs, but I found myself struggling at times to interact with the correct objects on my iPhone 13 Pro because they were just too tiny. At times, the game requires a more precise touch, like swiping to unlock Miriam’s phone in a purse, but I had difficulty actually doing that. This likely wouldn’t be an issue on iPad, but it proved frustrating on iPhone. 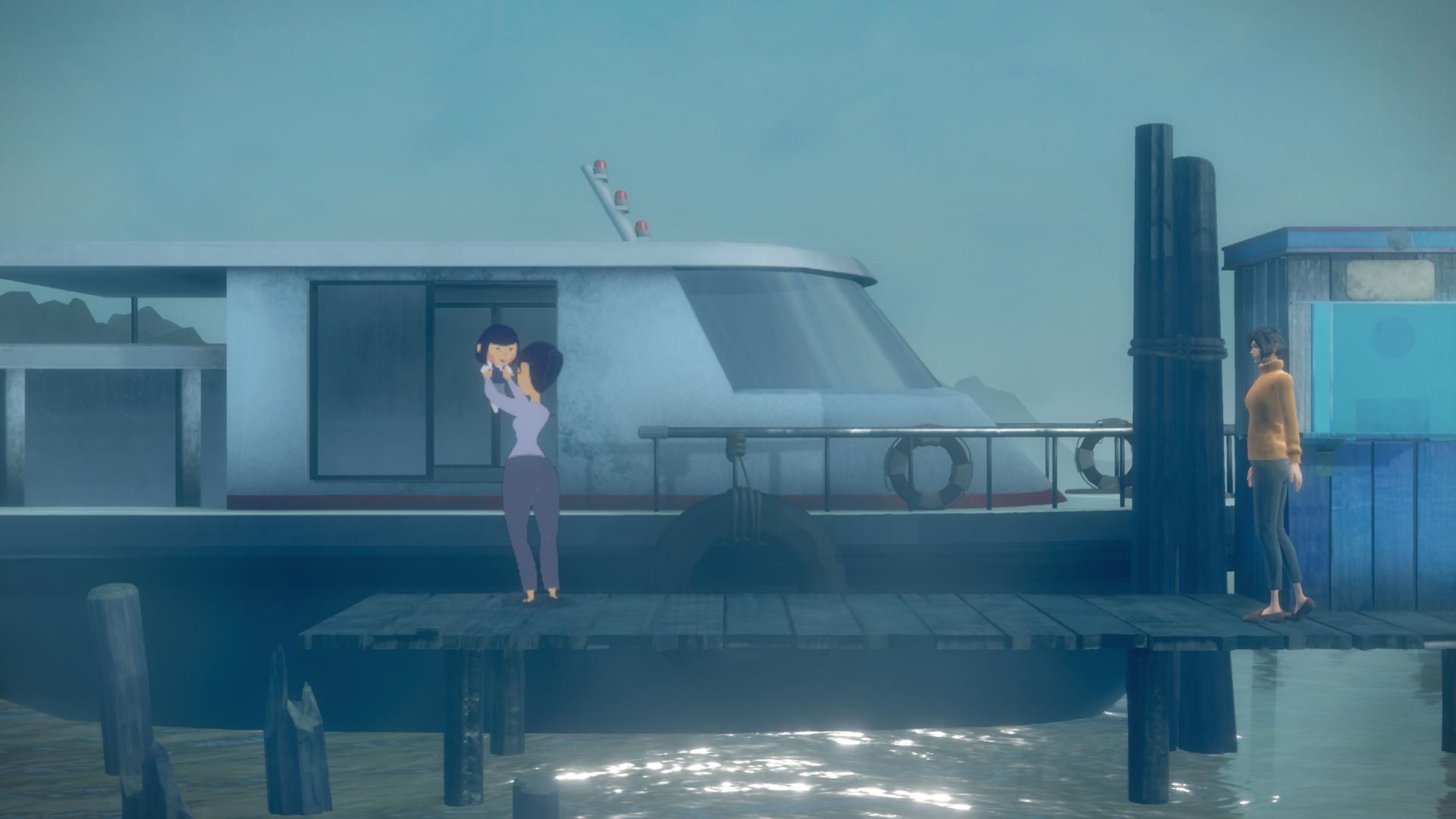 In the end, A Memoir Blue is a decidedly niche game. A lot of people will be put off by its teensy bits of gameplay, while others may not find the story much more than serviceable yet familiar. I don’t mind either of that, but some clunky touch mechanics were certainly troublesome. With all of that said, an engaging aesthetic and a sincere story make it worth checking out if sweet little experiences like this are your cup of tea.