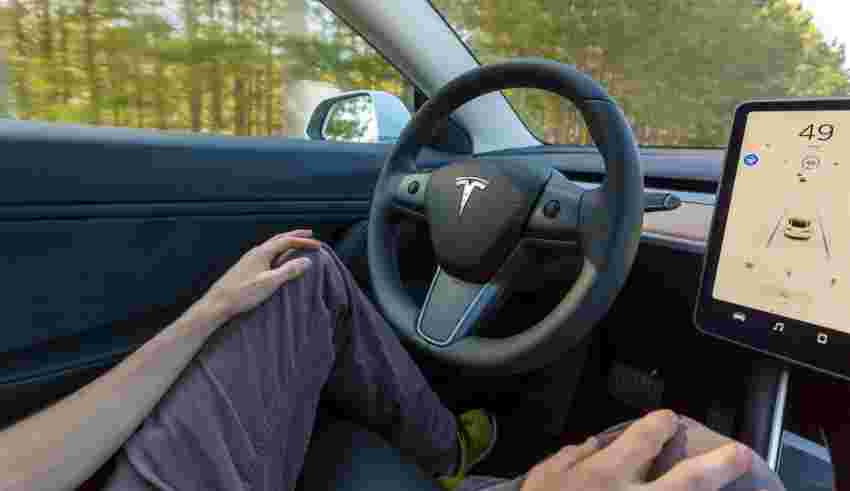 Back in September 2022, a video came out that showed a Tesla driver taking a nap behind the wheel with their seat reclined while their vehicle was going faster than 100 km/hr on the Queen Elizabeth Way (QEW) in St. Catharines.

Similarly, a different Tesla Model S driver, in September 2020, was charged for being asleep behind the wheel while their vehicle was driving at speeds of 150 km/hr.

A video posted on Toronto-based Instagram account ‘Cara De Shaukeen,’ shows a lone male driver in a blue Tesla apparently asleep behind the wheel while driving on Highway 401 near Bayview Avenue in Toronto. The driver’s eyes are closed, and his head is tilted back as though he is asleep, while the car seems to be driving itself in the middle lane next to other vehicles.

The person behind the ‘Cara De Shaukeen’ account clarified that the video was shot by a passenger in another vehicle, and not by the account owner themselves, as reported by BlogTO.

Tesla’s Autopilot feature is meant to assist drivers in maneuvering through the road, not take over complete control. While the feature supports adaptive cruise control, lane keep assist, self-parking and more, drivers are supposed to stay attentive and have their hands on the steering wheel at all times when the mode is engaged.

In case the vehicle detects that the driver isn’t attentive, it asks the driver to put their hands on the steering wheel.

It is currently unknown if the driver of the Blue Testla would face any charges.