As expected, Apple unveiled the iPhone 14 Pro and Pro Max at its ‘Far Out’ event on September 7th.

The Cupertino, California-based company detailed a ton of new features, some surprising and others not so much. As rumoured, the Pro models sport the biggest upgrades, such as a flashy new A16 Bionic processor, camera upgrades, and more. Oh, and Apple finally ditched the notch in favour of a pill-shaped display cut-out for the selfie cam and Face ID.

As rumoured, the display cut-out can move and adapt to show notifications and other indicators, as highlighted in a teaser before and also throughout the iPhone 14 Pro announcement. Dubbed the ‘Dynamic Island,’ it can expand to show information, like an incoming call or when your AirPods connect or when it scans your face for Face ID. Users can interact with the Dynamic Island by touching and holding to view more information, like music controls. 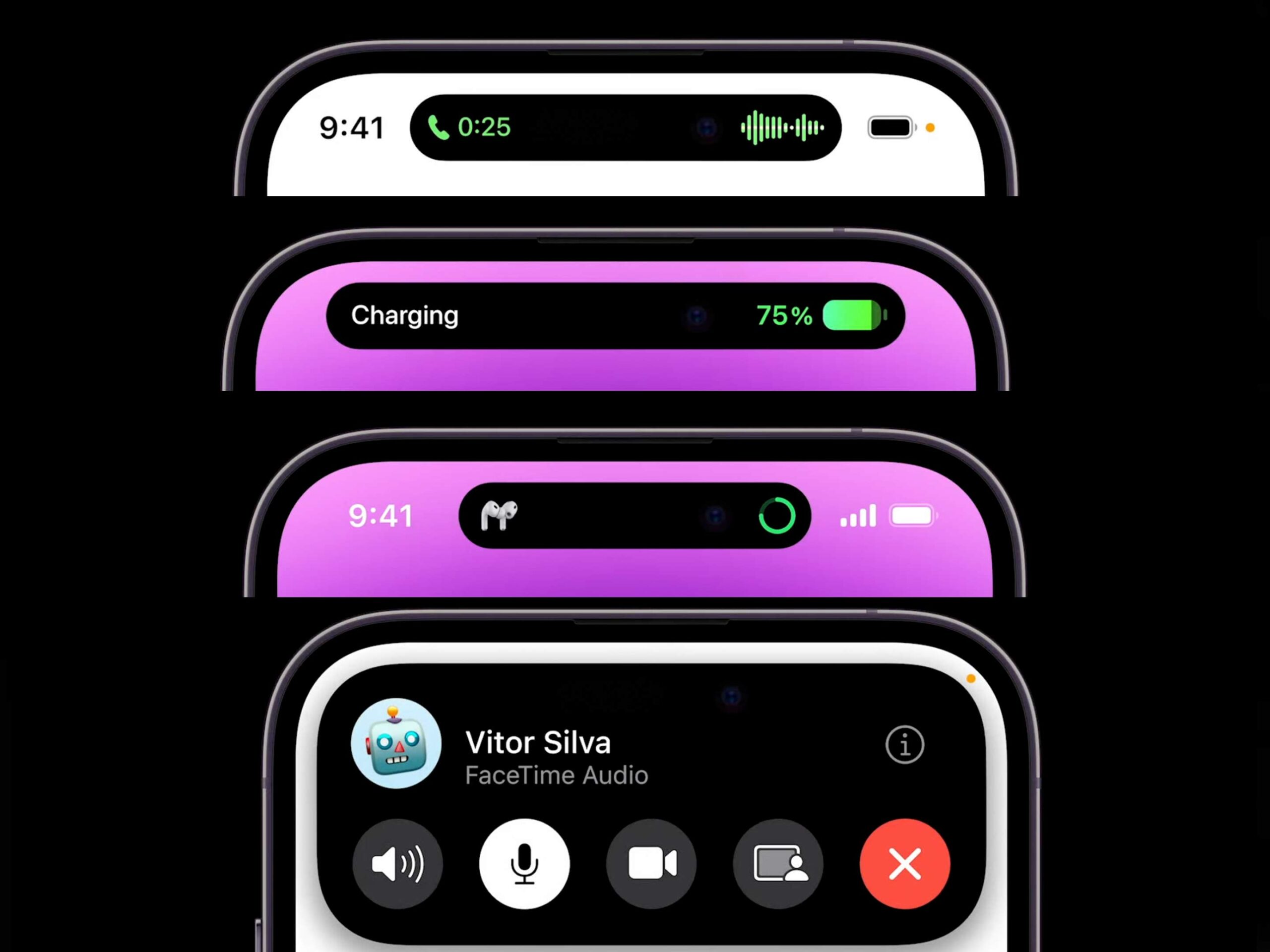 Apple also finally introduced Always-On Display, years after it was popularized on Android handsets. Apple says it can operate as low as 1Hz and can intelligently dim the lock screen. The company claims its co-processors can refresh the display with new information while using minimal power. 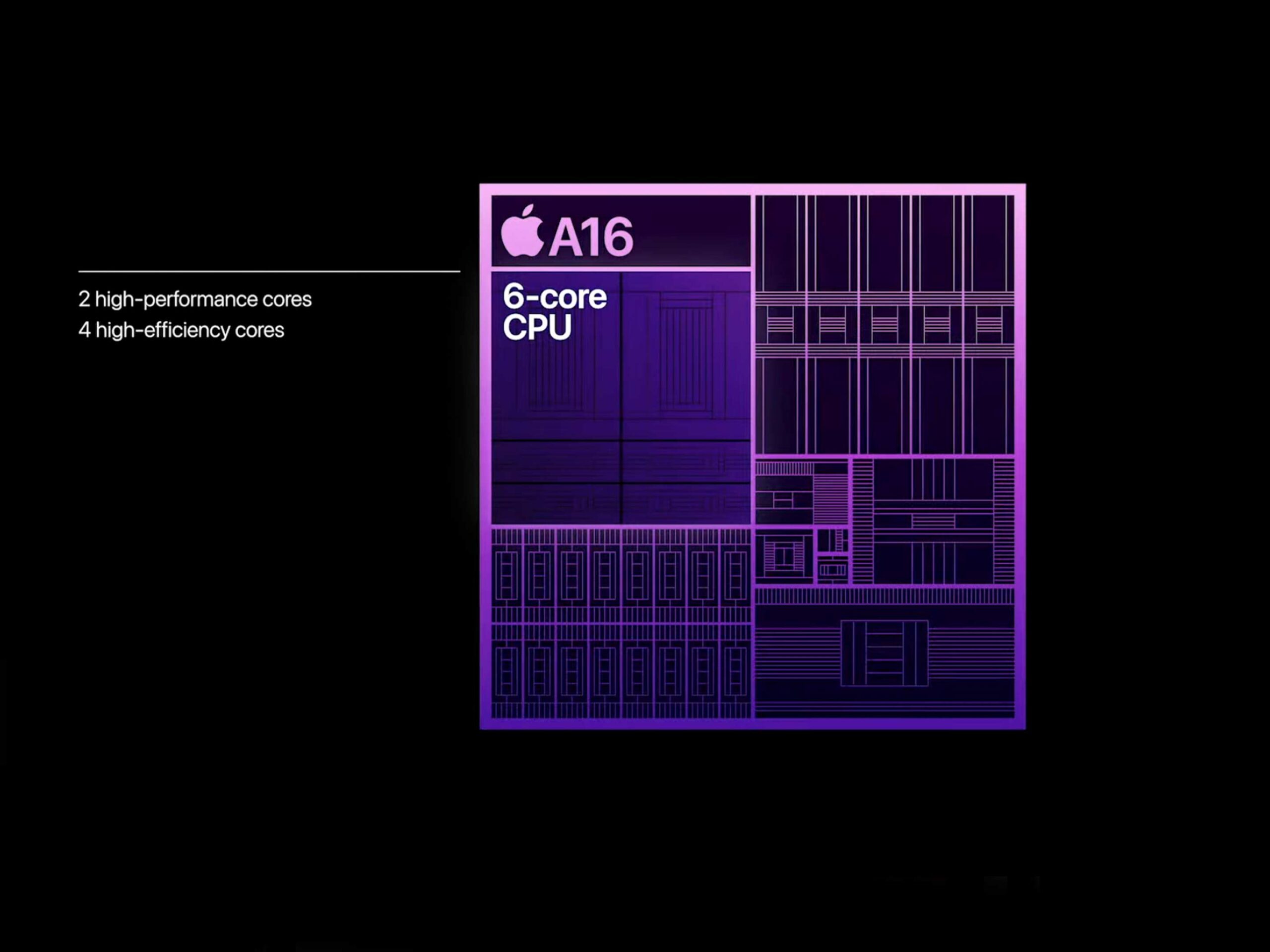 Under the hood, the iPhone 14 Pro models sport the new A16 Bionic chip with nearly 16 billion transistors. A16 uses a 4nm process and is the “fastest chip ever in a smartphone,” according to Apple, with the company claiming it has up to 40 percent faster peak performance than the competition.

Apple says the A16 is also super efficient, with the efficiency cores using one-third the power of the competition.

A16 includes an all-new ‘Display Engine’ to power the new Always-On Display, Dynamic Island, and other screen-related content.

When it comes to the camera, Apple included a 65 percent larger 48-megapixel camera. It’s a ‘quad-pixel’ sensor that groups every four pixels into one quad pixel to capture more light. It’s worth noting this is a feature typically called pixel binning. It has long been available on various Android handsets, with mixed results. It’ll interesting to see how Apple improves on this. Apple also boosted the 12-megapixel telephoto lens with larger pixels.

ProRAW got improvements as well, allowing users to shoot at 48-megapixels. 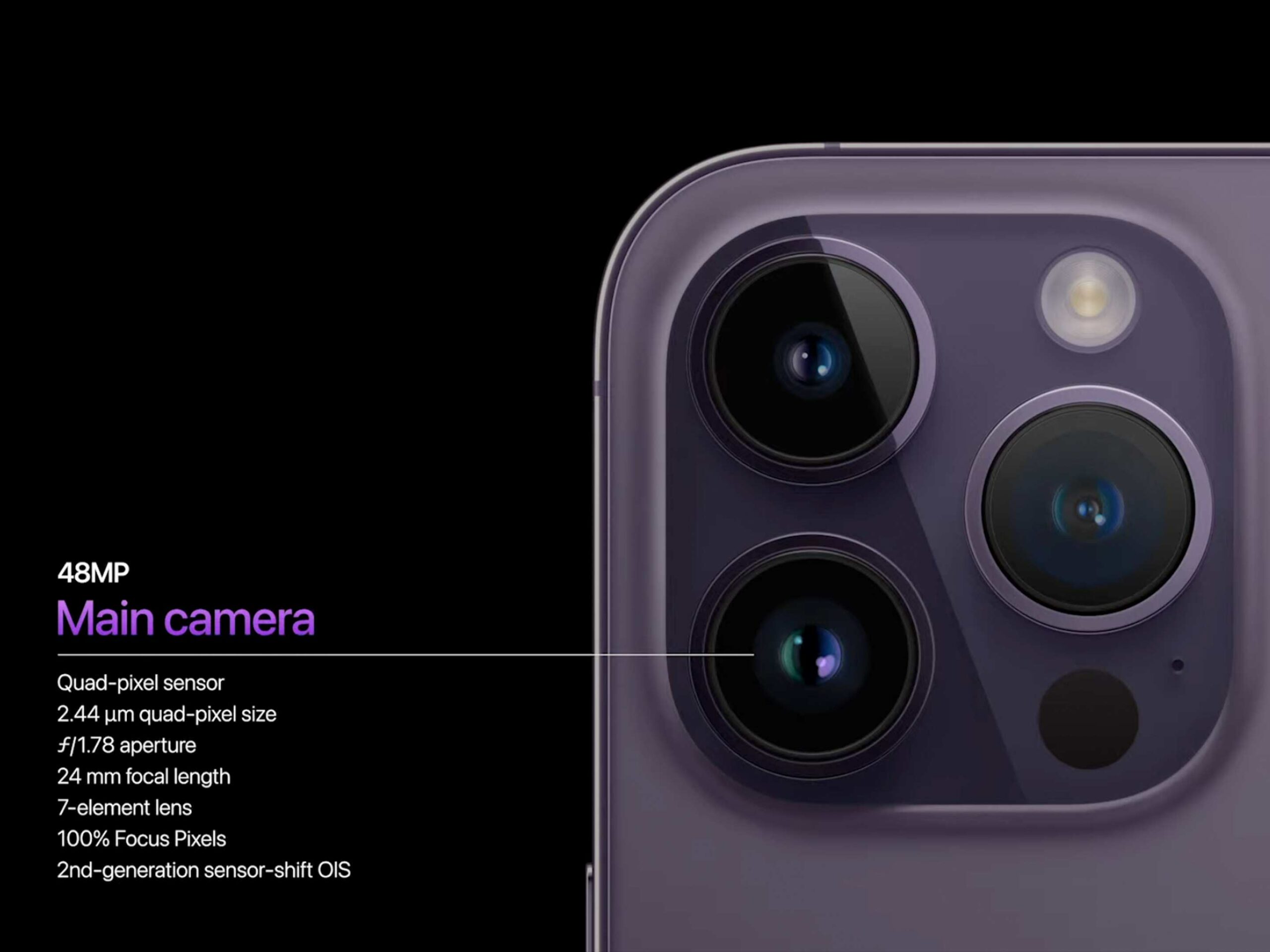 As for the ultra-wide camera, the 12-megapixel sensor also features bigger pixels for better light capture and a sharper lens too. Apple says it redesigned the flash to match the focal length for better performance.