The rumours were correct, and Apple has slightly updated the iPhone 14 with new colours, cameras and a bigger size. However, this all comes at the cost of a new iPhone mini.

The new standard iPhones still come with two cameras on the rear, a notch for FaceID and the selfie camera and the A15 chip from last year’s iPhone 13 range.

The phones come with 6GB of RAM and start at 128GB of storage as well, so the specs should be more than enough for most people. You can upgrade to either 256GB or 512GB like in previous years. Anyone needing a faster phone or more storage, can upgrade to the iPhone 14 Pro series, which offers several improvements, including a new processor. 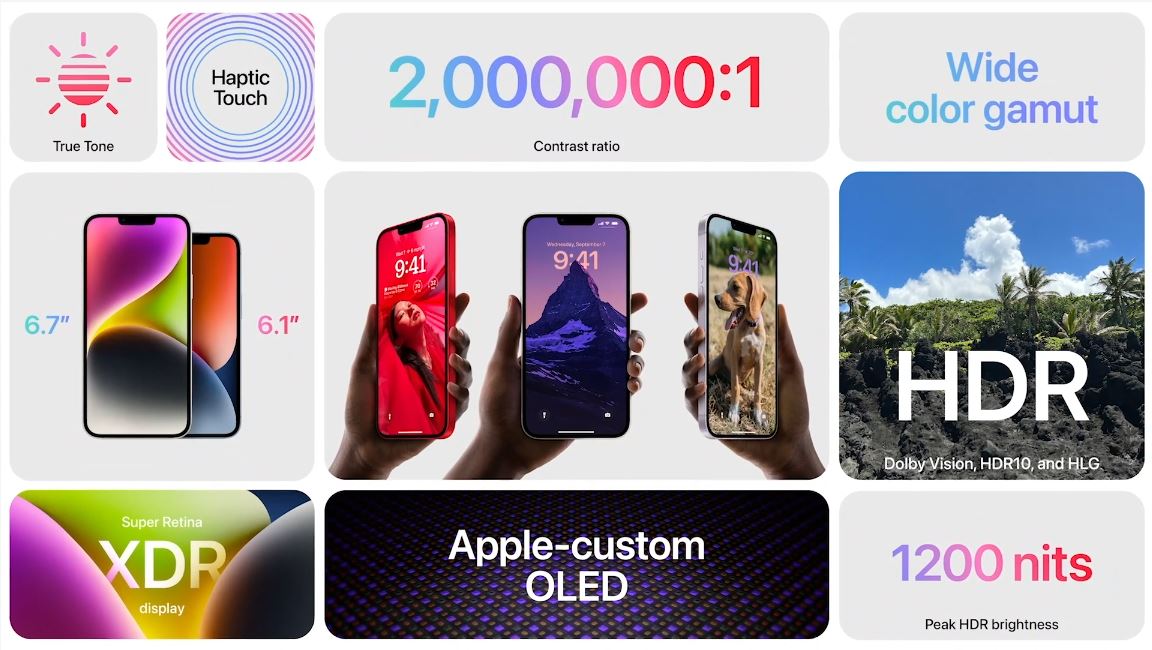 The most significant change to the standard iPhone 14 lineup is the new iPhone 14 Plus. This device mimics the screen size (6.7-inches) and larger battery of the iPhone 14 Pro Max, but without the fancy cameras, cutout and chip upgrade. We’ve yet to test the phone, but ideally, it will be a battery life beast.

Apple has been selling 6.7-inch iPhones for years in its high-end category, so it will be interesting to see if the size increase helps the company sell more iPhone 14 models this year. Like the new Apple Watches, the new iPhone 14 has crash detection to provide help to people who have been in a severe car accident.

The new iPhone 14 also features a larger 12-megapixel main sensor with OIS and a faster aperture which should help the iPhone capture more information quickly. This means more detailed images and better low-light performance. During the presentation, Apple touted several upgrades to its Photonic Engine which is its camera’s software. This includes Smart HDR 4 which can identify and accurately reflect skin tones for up to four people in a single image.

The selfie and ultra-wide cameras have also been revamped to be faster and work better in low light. This new front camera also has autofocus, so it should be more versatile.

The new iPhones have enhanced video stabilization called ‘Action mode’ that uses the full sensor to help apply more stabilization to your iPhone footage. This is a small change but it should help the new phones compete with devices like GoPros and DJI action cameras. On top of that Apple has bumped up Cinematic Mode to 4K this year and added a 24fps option. It will be interesting to see if this comes down to the iPhone 13 lineup since the phones are so similar.

Beyond the new features, one interesting update is that all U.S. models of the iPhone won’t have a SIM card tray and will instead use eSIM. There’s no word on how Apple will sell iPhones in Canada, but the writing is on the wall that Apple is pushing even further away from carrier stores. 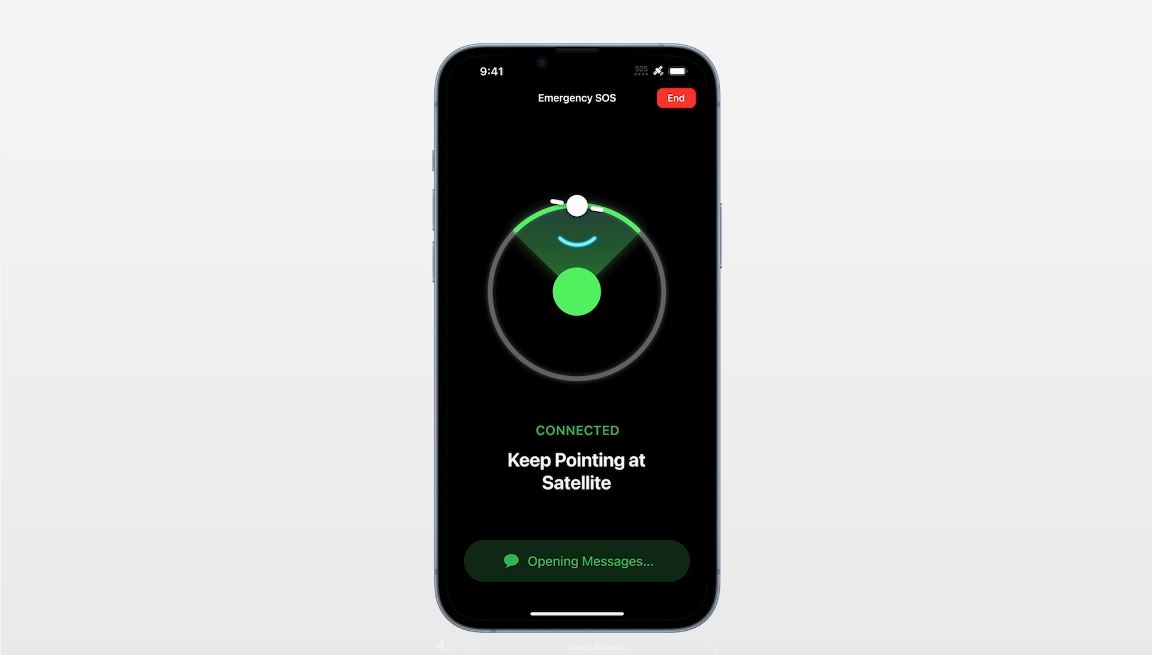 Another writing on the wall moment is Apple’s new Emergency SOS satellite connectivity. This is an emergency-only function, but it will allow users to reach out to helpful services in case of one of five emergencies. This includes vehicle issues, injury, crime, lost/trapped or fire. This service is going to launch in November and will be free for two years, but it seems like something that Apple might bundle into a subscription in the future.

More passively, this new service also allows you to share your location with friends and family if you’re out on a solo hike or extreme trip via FindMy. 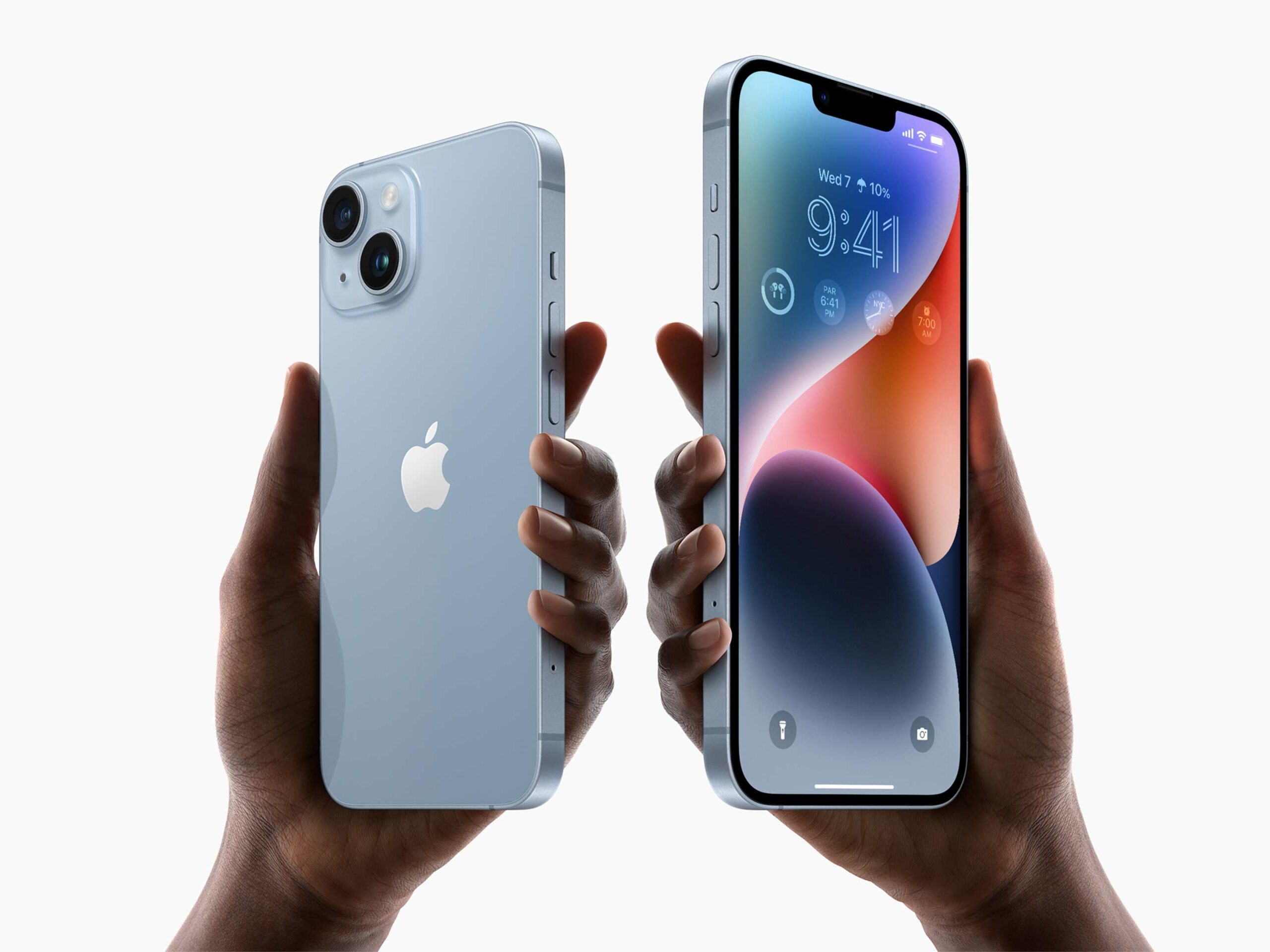 However, it’s not all roses since this larger phone comes with a slightly bigger price tag than we’re used to seeing within the standard iPhone tier. The iPhone 14 Plus begins at $1,099 and the iPhone 14 costs $1,250. Pre-order on September 9th, iPhone 14 comes out on Sept 16th and the Plus on October 7th.

There are five colours that are desaturated compared to previous years. The new ‘Blue’ shade actually reminds me of the iPhone 13 Pro. Beyond that, there’s ‘Midnight,’ ‘Starlight,’ ‘Purple’ and ‘Product Red.’