With the sizable Apple Watch Ultra, Apple is targeting an entirely new audience it’s never attempted to capture the attention of before — those that are into active sports like scuba diving and rock climbing.

The watch is big and bulky, especially on my slim wrists. From the moment I strapped it on, I could feel the Ultra’s heft on my arm. It looks almost comically huge and almost like a Casio G-Shock. Of course, the wearable will blend better on those with larger wrists. 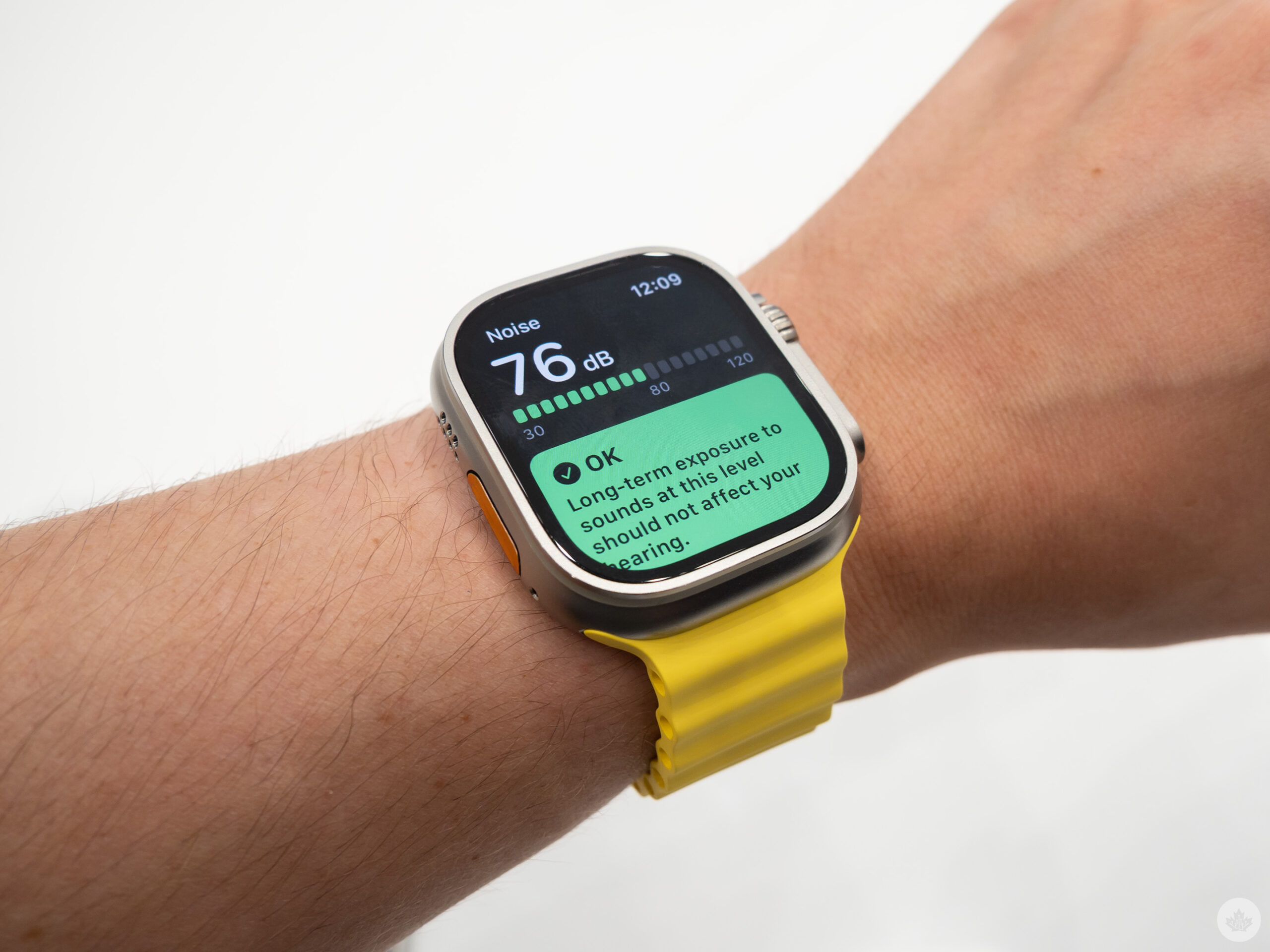 The Digital Crown and side button sit on a new raised side part of the watch. Its bigger and brighter 2,000 nits 1.92-inch display is flat but features contours along the sides that you can feel when you run your finger over it. On the other side of the watch is a programmable second button that has a unique texture to it.

The idea behind the button is that it gives the wearer easy access to a specific app they frequently use, like Strava or the Oceanic+ scuba diving app Apple highlighted during its keynote. This is a useful concept that I hope makes its way to the Apple Watch Series 9 because it streamlines the process of quickly launching apps conveniently.

Building on the rugged narrative Apple is pushing with the Apple Watch Ultra, the smartwatch features a 49mm titanium case the tech giant says is very durable.

I’m not entirely sure how I feel about the utility-focused design, especially compared to the sleek Apple Watch Series 8/7. Still, at the outset, my initial reaction is that it’s unique. I haven’t seen a smartwatch that looks like this before. 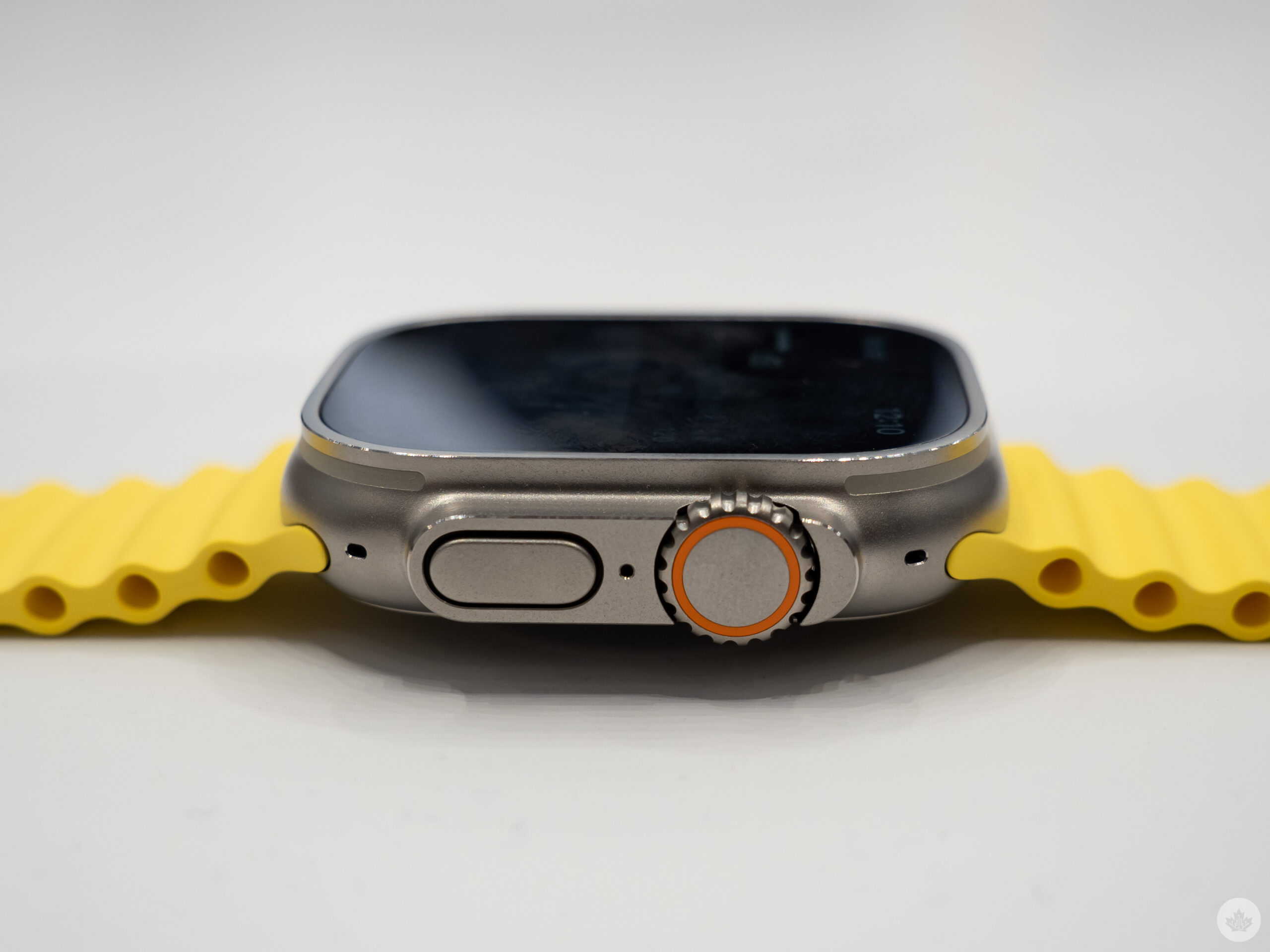 That uniqueness continues when you look at the Ultra’s somewhat strange Bands. First off, there’s the rubberized ‘Ocean Band’ designed for use with wetsuits. There’s also the ‘Trail Loop’ that feels like a more durable version of Apple’s Sport Loop, and finally, the ‘Alpine Loop’ Nylon Band with an adjustable clasp that’s far more comfortable than it looks.

Other features worth mentioning are the Apple Watch Ultra’s more accurate GPS, an emergency siren and 36 to 70 hours of battery life. The latter claim by Apple regarding battery life is difficult to believe, but the new smartwatch does feature a larger battery, so this estimate may be accurate. 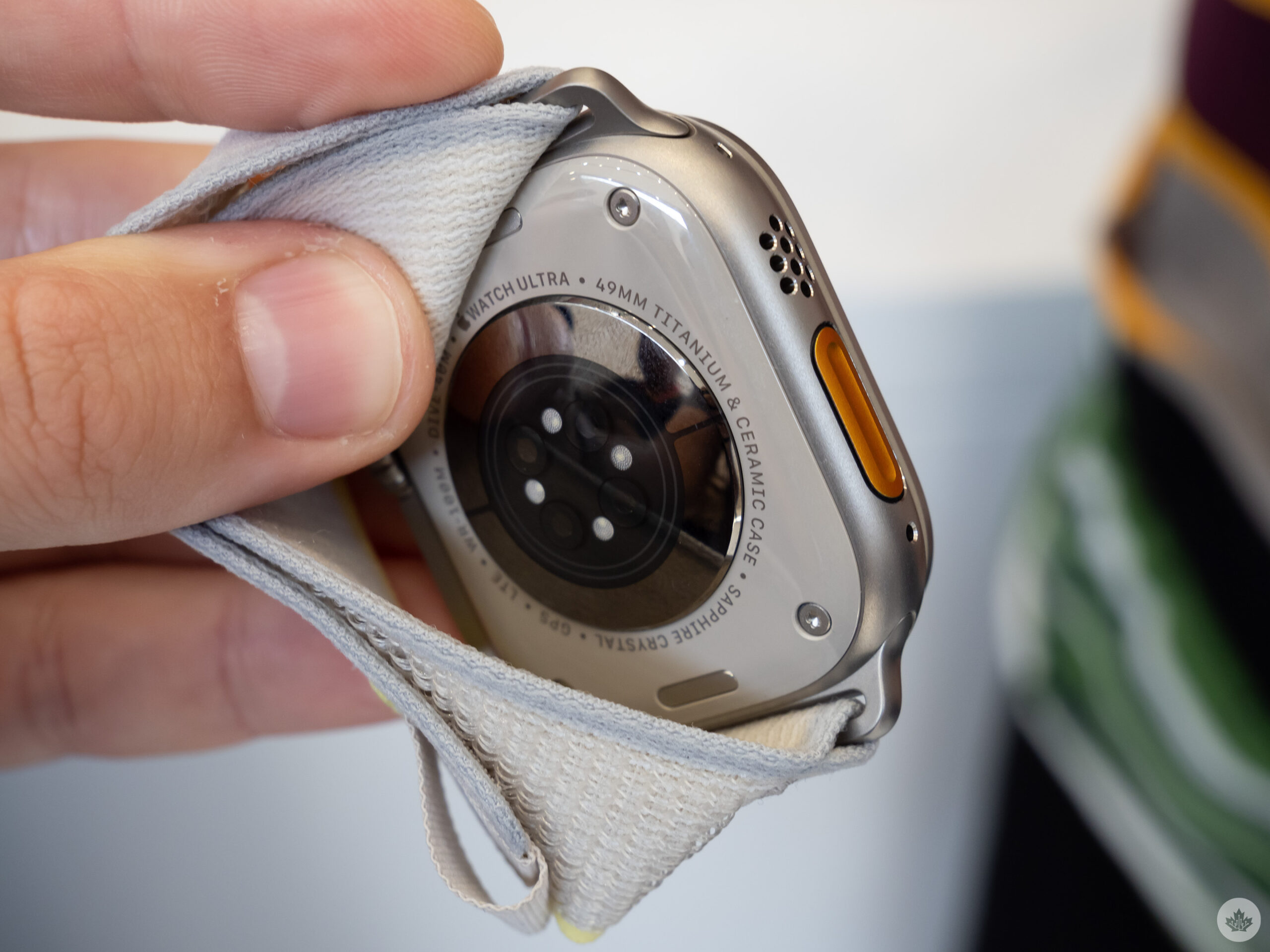 My main question about the Apple Watch is if it can pull Garmin users away from the company’s line of smartwatches. The Apple Watch Ultra seems capable, albeit pricey and a little bulky, but if you’ve spoken to a Garmin user about their smartwatch, they’re often passionate about the wearable.

Making the move to Apple’s ecosystem could be a tough sell for some of these individuals, which could prove problematic for Apple given this is the Apple Watch Ultra’s core audience.

The Apple Watch Ultra starts at $1,099 and releases on September 23rd. 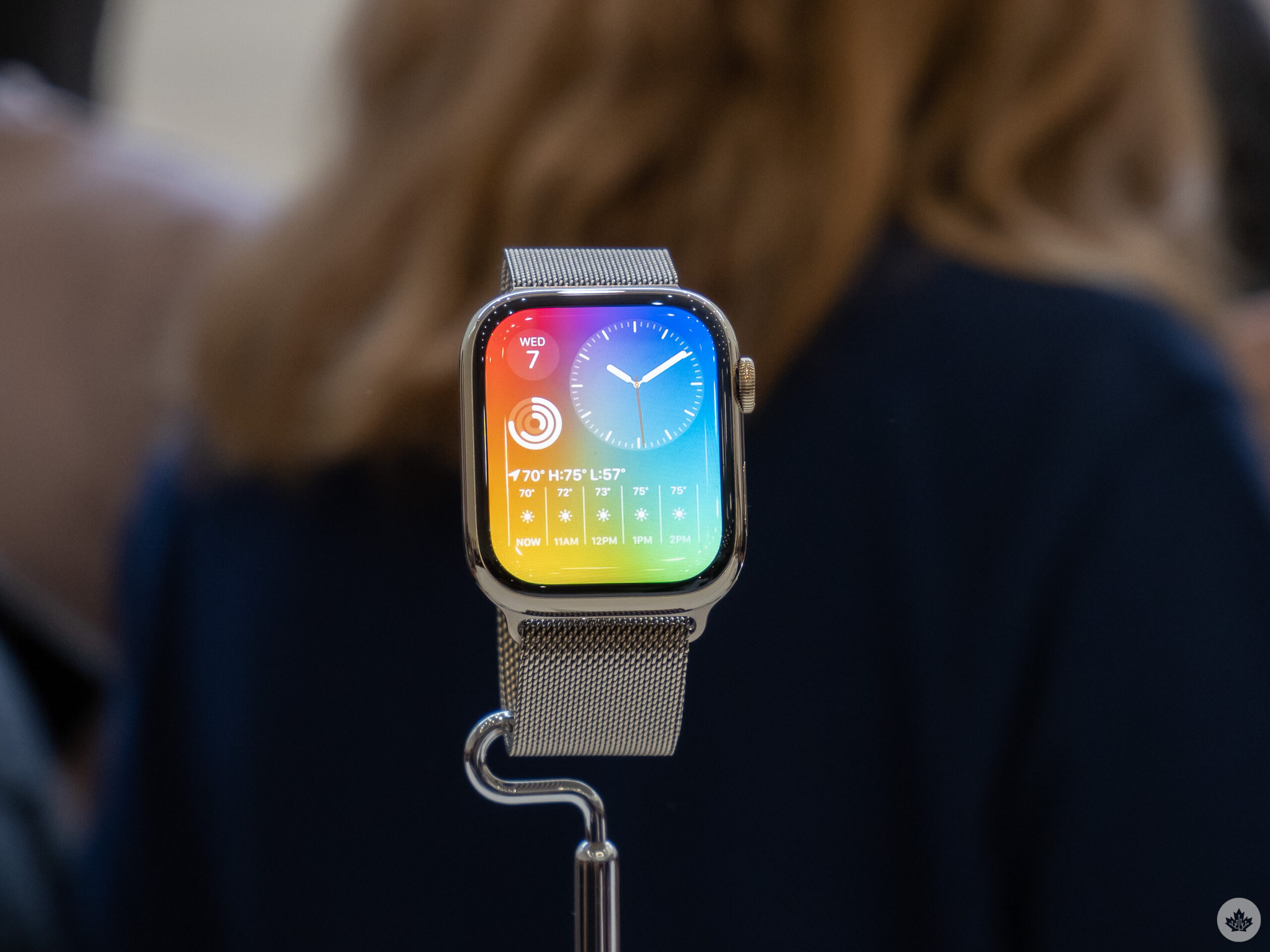 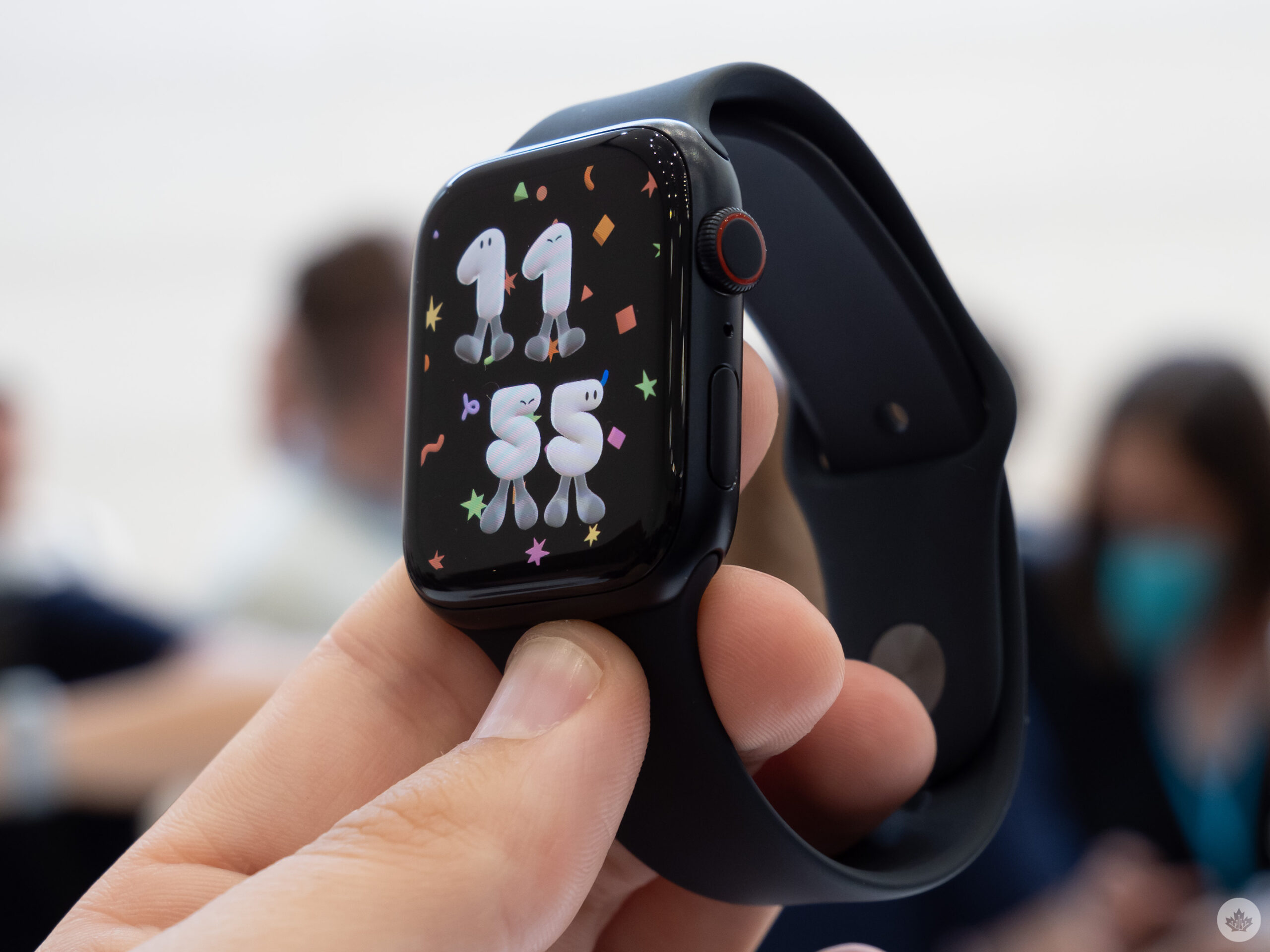 Then there’s the entry-level Apple Watch SE. While it still doesn’t feature an always-on screen, the new SE comes equipped with an S8 chip. The smartwatch also features the same motion detectors as the Series 8. It’s worth noting that the new Apple Watch SE doesn’t feature the Series 8’s temperature sensor. The original SE was already pretty solid and the new Apple Watch SE seems to be a formidable update over its predecessor, though I wishit featured an always-on screen.

The finish under the watch surrounding its sensor is also now the same colour as the SE. This is a subtle change most likely won’t notice, but I appreciate the attention to detail.

The Apple Watch Series 8 and SE release on September 16th and starts at $529 and $329, respectively. MobileSyrup will have more on Apple’s new smartwatches in the coming weeks.

MobileSyrup will have a full review of the Apple Watch Ultra in the coming weeks.