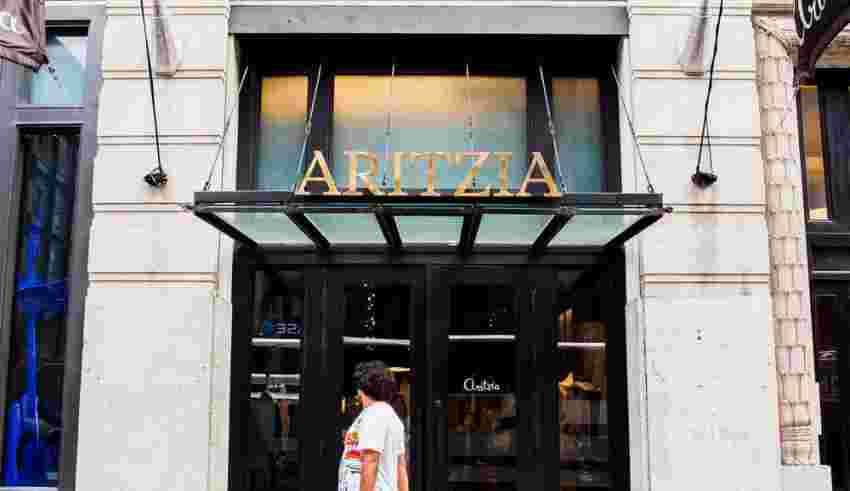 The stock price dropped nearly eight per cent to $47.24 from the previous close of $51.22 as of 11:35 a.m. in Toronto. The women’s fashion retailer released earnings following market close on Jan. 11.

Aritzia, which specializes in “everyday luxury” clothing, said it generated $625 million in net revenue for the three-month period ended Nov. 27, representing 38-per-cent growth from a year earlier. Net income increased nearly nine per cent to $70.7 million, or 61 cents per diluted share, up from last year’s $64.9 million, which amounted to 56 cents per share. Analysts expected net sales of $585.5 million.

“Our performance in the third quarter of fiscal 2023 showcases the ongoing sales momentum that we’re seeing in our business,” chief executive Jennifer Wong told analysts on an earnings call Jan. 11. “Our record Q3 sales were higher than anticipated and all geographies and all channels outperformed our expectations.”

Here’s what you need to know:

Growth south of the border

The Vancouver-based retailer, founded in 1984, said half of its net sales came from the United States, with sales in that country growing 58 per cent from the previous third quarter. At its first investors day in October, Wong said Aritzia will put more focus on increasing its brick-and-mortar footprint in the U.S. and expanding e-commerce offerings as part of a five-year growth strategy.

Aritzia ordered more inventory in the quarter, up 187 per cent from last year, and executives on the earnings call advised that those higher product quantities will likely eat into margins in its current fourth quarter.

“We made the strategic decision to order future season buys earlier in order to build back our inventory base due to unprecedented sales growth, mitigate supply-chain risk and ensure our ability to fuel robust demand for our product,” Wong said on the call.

Todd Ingledew, chief financial officer, told analysts the company lost sales last year because it was short on product, primarily due to supply-chain backlogs that caused delays in inventory shipments. This year, supply-chain issues eased, which led to inventory arriving earlier than expected. That increased its value on Aritizia’s balance sheet and drove up warehouse costs, he said.

Higher inventory can spook investors, Cannacord Genuity Group Inc. analyst Derek Dley said in a note to clients on Jan. 11. Dley predicted the stock price would dip at the open following the earnings release, as investors typically interpret higher inventory and its associated costs as a signal that product will be sold at a markdown, yielding lower margin.

“Aritzia experienced higher warehousing costs year over year as it housed this inventory, all of which we believe will be easily manageable in the near term,” Dley wrote in the note.

Ingledew said the vast majority of the stockpiled inventory is in “client favourites” that are “proven sellers,” and the company doesn’t anticipate markdowns to exceed promotions offered before the pandemic.

“Looking forward, we expect the year-over-year inventory growth to begin to moderate at the end of the fourth quarter and to normalize on a reported basis by the end of the second quarter of fiscal 2024,” Ingledew said.

Wong said labour costs and inflation both impacted the balance sheet in the quarter.

“The macro environment of lower unemployment rates and the Great Resignation and quiet quitting — it is generally tougher,” she said.

In the third quarter of last year, Aritzia’s brick-and-mortar stores were understaffed, causing the company to boost hiring for its fiscal 2023 holiday shopping season. It also raised wages in distribution centres and boutiques, and expanded hiring in support offices.

Aritzia said the gross margin drop was due to inflationary pressures from increased wages, along with product and shipping costs, which it expects to persist into the fourth quarter.

“With a healthy track record of comparable sales growth and strong growth for the latest quarter, a robust pipeline of new store openings, a healthy balance sheet to support growth and margin enhancement initiatives, and a well aligned management team, we believe Aritzia is deserving of a premium valuation,” Dley wrote, maintaining a buy rating but lowering the stock price target to $65 from $67.