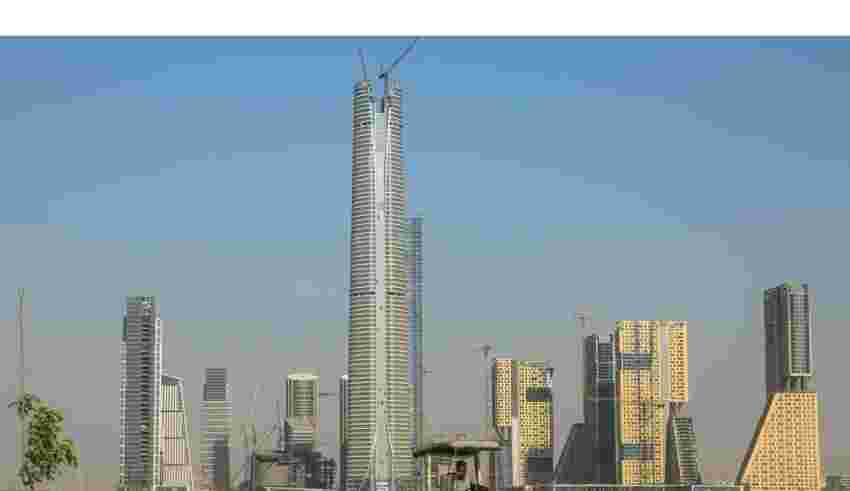 (Bloomberg) — Hosting this month’s climate summit gave Egypt the global prominence it craves. But as the pavilions are packed up and dignitaries vacate the five-star hotels, President Abdel-Fattah El-Sisi is facing some tough challenges at home.

The Egyptian leader, who met Joe Biden and other world figures during the two-week event, has long championed a super-charged development plan that seeks to reshape Egypt and reclaim a regional leadership role which had waned even before the 2011 Arab Spring. It’s a vision that involves building the kind of glittering cityscapes more common in the energy-rich Persian Gulf.

But those ambitions are under strain after Russia’s invasion of Ukraine, which plunged Egypt into an economic crisis and forced it to turn to the International Monetary Fund for help. Foreign investors fled the local debt market, the price of imported food surged and the country has devalued its currency twice this year.

If any of the COP27 delegates passed through Cairo on their way to the Red Sea resort venue of Sharm El-Sheikh, they’ll likely have gotten a glimpse of the contrast between present-day Egypt and the grandiose future envisioned.

Along the edges of Cairo’s thundering six-plus-lane expressways, giant portraits of El-Sisi alternate with billboards that depict flashy new gated communities and business complexes. Many are in a gleaming new city in the desert that’s still under construction. The artists’ impressions and European names promise a world far removed from the crumbling, congested streets that make up much of the 1,000-year-old capital.

The region and other countries around the world are watching carefully, and events in the Middle East’s most populous nation resonate far beyond its borders. Allies like the UAE and Saudi Arabia view it as a linchpin vital to holding political Islam in check. A major recipient of US aid after making peace with Israel, Egypt is becoming key to Europe’s energy security thanks to its natural-gas facilities, cementing it as a Western partner despite criticisms over its lack of political freedoms.

But it’s a regional pillar built on fragile ground. Events outside Egypt’s control this year sent soaring by 40% the cost of a bread-subsidy program that’s a cornerstone of social stability. Inflation is at a four-year high, with more rises to come, and authorities have acknowledged there’s a limit to what Egyptians can endure.

It’s all piling pressure on people like Sameh, a worker for a private company in greater Cairo who asked only his first name be used. Struggling to take care of his seven-member family on a 4,550-pound ($186) monthly salary, it seems “the only thing that hasn’t increased in value and is still cheap is the Egyptian citizen,” he said.

Demographic challenges abound too. The 100 million-plus population may double by 2050 if government campaigns to curb a birthrate of a new baby every 19 seconds falter. And those people are crammed onto a small strip of land in a desert country whose limited water supplies and remaining fertile soil are already hit by the effects of global warming. Egypt is seeking partners for desalination projects worth billions of dollars.

The shortages make limiting emissions an existential issue. But chairing COP27 also let Egypt bolster its fledgling role as elder brother for the rest of Africa, advocating for developing-world concerns such as access to green financing and loss-and-damage.

A growing profile in Africa feeds into one of Egypt’s larger foreign-policy goals: the diplomatic isolation of Ethiopia over the giant hydropower dam it’s filling on a Nile tributary.

Already one of the world’s most water-scarce nations, Egypt fears the effects on its near-sole source of freshwater as extreme weather makes riverflows more unpredictable. Last year it signed a series of security agreements with Ethiopia’s neighbors, including Kenya and Sudan.

That outreach “has expanded now to see huge economic development opportunities in engaging better on the continent,” says Hafsa Halawa, a non-resident scholar at the Middle East Institute.

Trade with Africa, however, remains a fraction of that with the US, Middle East and Europe. And even as Egypt tries to diversify its global relationships, including balancing ties with Russia, when crisis came it was the Gulf that pledged a bailout of over $20 billion in investments and deposits.

Back at home, the story of Egypt’s urban landscape in the past half-decade is one of superlatives. A new administrative capital is sprouting up near Cairo; the Suez Canal was expanded in a year, and an industrial zone that may be a hub for green energy sits by the waterway.

There’s also at least 5,500 kilometers of road projects and 900 new bridges and tunnels, according to Transport Ministry figures, which have curbed some of Cairo’s notorious traffic. A monorail system is being gradually unveiled and the national rail network revamped.

Prime Minister Mostafa Madbouly recently put the cost for at least some of the projects at 7 trillion pounds. Authorities say the work has prepared the country for the future and bolstered an economy recovering from 2011-2013’s political unrest.

“What we’ve done in five years is equal to what’s been done over 100 years,” El-Sisi told an October economic conference.

He has defended the military’s major role in the construction blitz, saying it can move quicker than the private sector. But state involvement in the economy looms as a major issue. The IMF is among those arguing sustainable growth will come only when there’s a more level playing field for private businesses.

“The economic situation is forcing a watershed moment for the Sisi regime,” said Halawa. The government “is going to have to accept some form of acquiescence to those detractors that have decried the involvement of the military in the economy.”

“Egypt is probably still too big to fail, but that is not a blank check for Cairo,” Fabiani said.