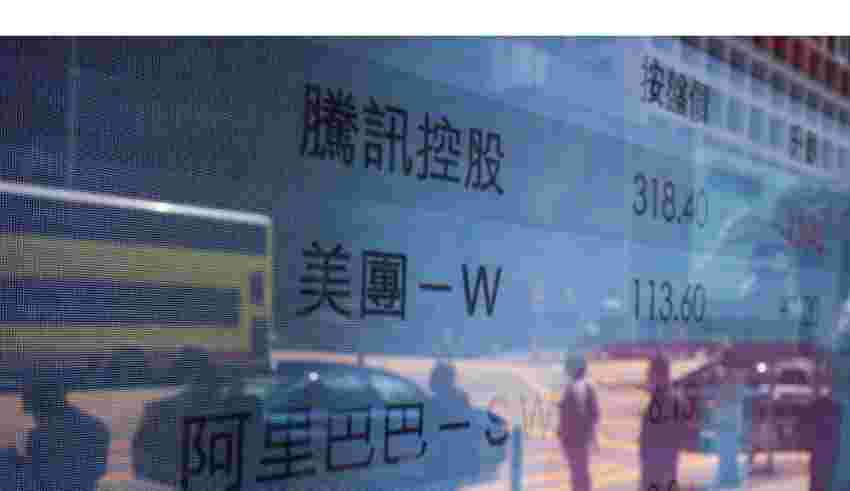 (Bloomberg) — Asian equities are poised to follow Wall Street higher on Thursday as wagers for a further softening of US inflation buoy appetite for risk taking in global markets.

Australian stocks opened higher and futures for Hong Kong and Japan climbed while Australian and New Zealand bonds rallied, echoing moves in US shares and Treasuries. Most major currencies were little changed in early Asian trade after a gauge of dollar strength ended Wednesday fractionally lower.

Investors looked beyond the drumbeat of hawkish comments from Federal Reserve officials — along with a potentially miserable stretch of earnings and the specter of a recession — to focus on the upcoming consumer price index. The technology sector, one of the most-beaten down groups during the Fed’s tightening campaign, led gains among US shares.

CPI will be scrutinized top to bottom, with the big focus on core inflation — which excludes food and energy and is seen as a better indicator than the headline measure. The projected 5.7% increase would be well above the Fed’s goal, helping explain its intention of keeping rates higher for longer. But the year-over-year price growth would also show moderation.

“An in-line or softer-than-expected CPI will likely result in a rally, whereas a hotter number could easily tip over the applecart,” said Arthur Hogan, chief market strategist at B. Riley Wealth. “Good news for the economy can become good news for markets.”

Before that, Asian markets have Chinese consumer price and produce price data to contend with as they continue to weigh the prospects for China’s rebound from its Covid isolation.

The virus probably kept inflation in check last month, with the consensus of forecasts for CPI to accelerate to 1.8% from 1.6% in November. The factory gate price slide may ease to 0.1% year on year from 1.3% as commodity costs picked up.

Still, despite the recent rally that’s made Chinese assets top performers globally, many large foreign investors are wary of trusting the government given the regulatory shocks of 2022.

Read: China Trauma Proves Too Much for US Funds to Trust Xi Just Yet

Fed Bank of Boston President Susan Collins said she’s leaning toward supporting a quarter-point hike at the Fed’s next meeting ending Feb. 1. Downshifting to a smaller move would give officials more time to see how their actions are affecting the economy, she told The New York Times.

Closely followed strategist Edward Yardeni, who saw resilience in the US economy even as recession worries grew last year, remains sanguine on where global financial assets — including US stocks — are headed.

“The outlook for the world economy is actually improving,” the founder of Yardeni Research Inc. told Bloomberg Television. US equities “made a low on Oct. 12. That was the end of the bear market and we’re back in a bull market.” Since then, the S&P 500 has jumped about 11%.

Meantime, Pacific Investment Management Co., says that while a recession could further challenge riskier assets like stocks, “we continue to see a strong case for investing in bonds, after yields reset higher in 2022 and with an economic downturn looking likely in 2023.”

This story was produced with the assistance of Bloomberg Automation.

—With assistance from Rita Nazareth.