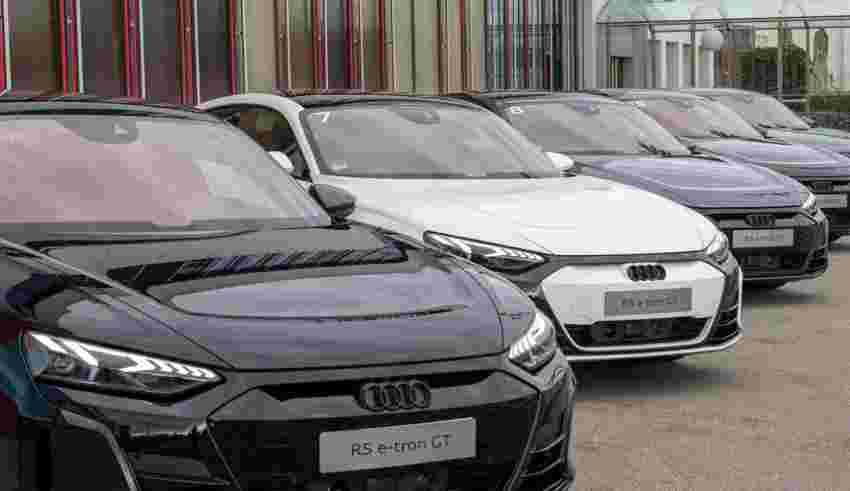 Audi’s partnership with FC Bayern extends to its electric future.

Germany’s FC Bayern soccer team has maintained a partnership with Audi for 20 years, and since 2011, the automaker has been a shareholder in the Munich-based team. As the partnership continues to grow and blossom as the team and the Audi brand continue to live out their histories, Audi now involves its rapidly expanding electric lineup of vehicles in the deal, as the new Audi RS e-tron GT, and Audi Q4 e-tron will now be driven by FC Bayern players and officials as company cars.

MUST READ: The New Audi Q8 e-tron Is The Brand’s Flagship Electric SUV

The handover of the vehicles was quite the event, as 30 Audi employees got to take the 15 vehicles to Munich and deliver them to the team, and in doing so, were treated to a meet and greet with soccer players Oliver Kahn and Andreas Jung. In addition, the employees were given a tour of the training ground. This is part of Audi’s vision of bringing more electric vehicles to the world and transforming the entire automotive and mobility industry, as the current model lineup features 8 electric vehicles. By 2026, Audi looks forward to bringing that number above 20, and only launching new all-electric models to the market.