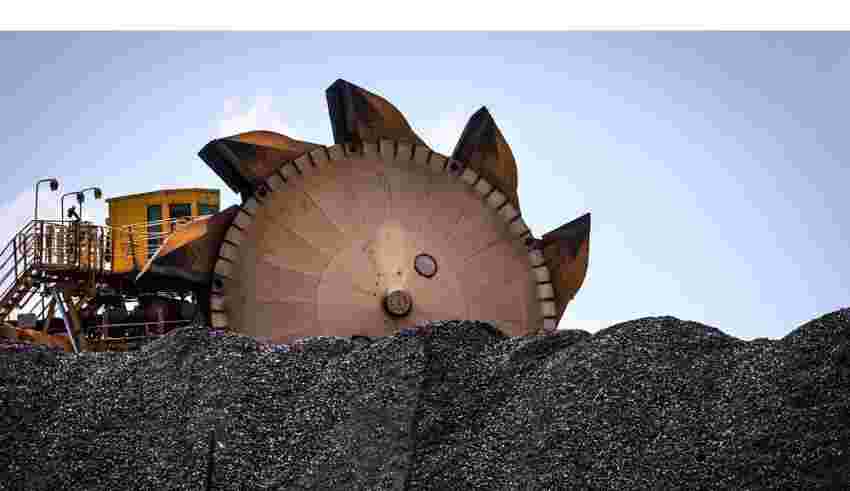 (Bloomberg) — Australia has spent big to attract swathes of Indian tourists to its shores, signed a free-trade deal with post-Brexit Britain and uncovered new Middle East markets during its 30-month trade rift with China.

Still, outside iron ore and other key commodities, there’s been substantial pain for exporters. For a small and open economy like Australia’s, branching away from the emerging global superpower is easier to imagine than realize.

But for other key industries, there’s been no simple substitute for Chinese consumers of quality lobster and wine or its big-spending tourists and students, who’ve also been kept away by Covid-19 restrictions. While there are some signs tensions are thawing — new Prime Minister Anthony Albanese met President Xi Jinping last week, the first tete-a-tete between the countries’ leaders since 2019 — Australian businesses aren’t banking on restrictions easing anytime soon.Here is how six key sectors — tourism, seafood, wine, education, barley and coal — at the heart of China’s trade reprisals have fared.

Two years after China imposed tariffs ranging to more than 200% on Australia wine, vintners are still processing the messy breakup with what was its most lucrative export market, previously worth about A$1.2 billion ($802 million) a year.

“While we’ve found new little opportunities, there was never anything that could replace a market of that size and scale, particularly at the luxury end,” he said. Taylors Wine previously used to get about a fifth of its annual export revenue from China alone.

“With some of the nibbles we’re getting, we’ve probably recovered about half of that.”

Taylor is looking at destinations including Singapore, South Korea and North America. While India might one day emerge as a big market, that’s probably at least a decade away due to access issues and tariffs, he said.Meanwhile, the UK — o​​​​​nce seen as a prime market for cheaper product — has now surpassed China to become the top destination for higher-end Australian wine.

“We’re now getting our feet back on the ground,” he said. “It’s not all doom and gloom, there’s certainly these opportunities to build.”

Other luxury wine producers have taken a different approach to being frozen out of China. Treasury Wine Estates Ltd., best known for its Penfolds brand, in September started producing in China — a move that’s allowed it circumvent the restrictions on Australian-made tipples.

While Taylor hopes relations improve, banking on China alone is too risky a strategy in the long-term, he said.

“I think we’ve got to be very realistic and cautious about China,” he said. “We’d need a lot of reassurance and we’d want to hear a lot of positives.”

The absence of high-spending Chinese visitors is still felt acutely by the tourism industry, with numbers down 92% in September compared with the same month in 2019, before the pandemic. Operators can’t afford just to wait and see when China’s Covid Zero policies will ease, so to try and bridge the gap, Tourism Australia is counting on a revival from other countries, including India.

As part of its recent “Come and Say G’Day” campaign, it hosted Indian cricketers ahead of the 20:20 World Cup hosted in Australia.

The sports stars took a yacht to Rottnest Island, just off the coast from Perth, and posted their action-packed day on social media, from celebrating a birthday and a game of lawn ball to mingling with quokkas, a native marsupial the size of a domestic cat. The posts delivered a billion impressions, according to Tourism Australia.

While India has great potential as a market — the Indian diaspora in Australia has expanded 40% over the past five years opening-up huge opportunities for visits from friends or relatives — it’s nowhere near as lucrative.

Prior to the pandemic, visitors from China spent on average A$215 a night. That compares with just A$84 a night by Indians, according to figures from Australia & New Zealand Banking Group Ltd.

“In terms of spending, or export revenue, the tourism sector needs almost twice as many visitors from India than from China to make the same revenue,” said ANZ economist Madeline Dunk.

Australia’s international education system is also still struggling with the double whammy of tensions and the aftermath of border closures.

Enrollments from China, Australia’s biggest source of international students, are still less than 70% of their pre-pandemic levels, according to government data.

Offering some relief is a more robust return from Indian and Nepalese students, the next two leading countries. At the end of August, 110,000 Indian students were enrolled in Australia, down only about 15,000 on 2019’s numbers.

For the wider economy though, a permanent change in the composition of students would be significant, as Chinese students typically spend more money on consumer goods when they are in Australia than other nationalities.

The timing of China’s anti-dumping tariffs of over 80% on Australian barley in 2020 couldn’t have been worse. The move came just weeks after many growers put seeds in the ground, leaving farmers unable to tweak planting programs.

Australia found a new home for the grain by diverting much of its bumper harvest to Saudi Arabia, which jostles with China for the position of the world’s largest barley importer.

But the pivot hurt. Saudi Arabia typically uses most of the grain for animal feed, meaning high-grade Australian malting barley, which previously fetched an attractive premium in China, was sold at a hefty discount.

Fortunately, there was a solution: plant something else. “Farmers already work on a rotation,” said Zach Whale, Policy and Advocacy General Manager at GrainGrowers.  “At the farm level, if there aren’t these malt premiums, you would just plant feed barley.”

Farmers are also now planting things like canola and wheat, both in high demand after Russia’s invasion of Ukraine.

Australia’s seafood industry, which exports nearly half of its production, has also been hunting the globe for new markets.

While China is still the top single biggest destination, Hong Kong has picked up significant market share while demand from the US, Vietnam and Taiwan have surged, according to the Seafood Industry of Australia.

“China is still our major trading market. It’s a relationship where we’re well known to each other,” said Veronica Papacosta, chief executive of SIA. “We’re finding really good purchase in other markets, but it does take some time.”

The trade body will take about 20 suppliers to a major show in Boston for the first time, said Papacosta, who is also the managing director of Sydney Fresh Seafood. Earlier this month it also collaborated with the wine and dairy industry to showcase a range of premium products in Thailand, she added. More events are planned from South Korea to Indonesia.

By contrast with other industries, fossil fuel revenues are now booming.

Coal exports to China plunged from almost 100 million tons in the 2019-20 financial year to about 20 million tons, a massive blow to the sector in its second-largest market. Yet from July 2020, coal purchases by Japan, South Korea and India rose, as exports intended for China were diverted to other markets.By the end of 2021, the economic surge brought on by the end of Covid-19 restrictions had pushed coal exports to new highs despite the ongoing embargo by China, according to government data.

The boom only grew in 2022, as the demand for fossil fuels sparked by the invasion of Ukraine put Australia’s coal industry on track for one of its most lucrative years ever. At the same time, China has reportedly been considering dropping its restrictions on Australian coal to ensure it has enough supply as demand for fossil fuels grows around the world.

Experts now suggest the biggest threat to Australia’s coal exports isn’t China’s lingering ban but the steady march towards renewable energy in some of the country’s biggest commodity markets.