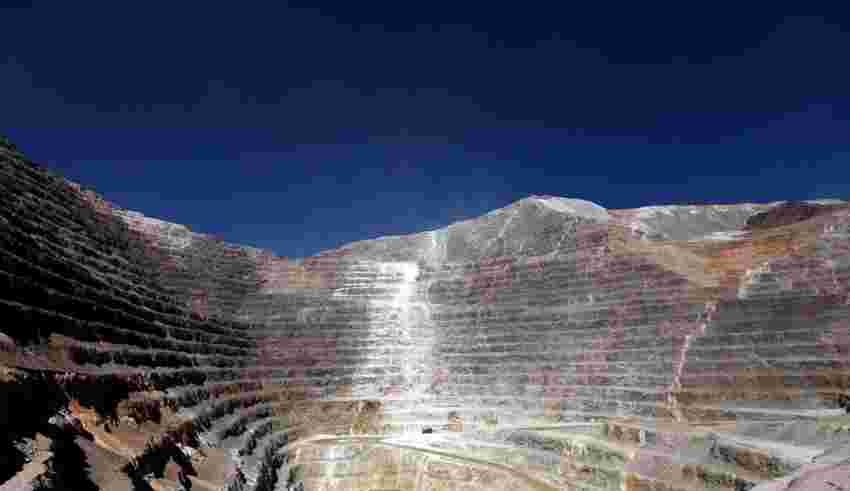 Canadian miner Barrick Gold Corp. is once again under fire for its environmental track record and relationship with local communities in the Andes Mountains.

On Tuesday, the United Nations released letters that three advisors to its Human Rights Council — independent experts known as special rapporteurs — wrote in September to Toronto-based Barrick, the Canadian government and others, expressing concern about toxic spills from the Veladero mine in Argentina, which it owns jointly with China’s Shandong Gold Group.

Between 2015 and 2017, mercury and other contaminants were detected in the river system next to the mine, located at high elevation in northwestern Argentina, near the border with Chile. The mine, which uses heap leach processing in which ore is piled on a concrete pad and rinsed with cyanide to extract gold and silver, was linked to three spills and Barrick paid millions of dollars in fines.

Afterwards, the spills appeared to stop. But in June the Financial Post reported that members of nearby communities and local journalists leveled accusations of new spills of mercury and other heavy metals into local waters, in 2021 and 2022, citing data collected by scientists at a university in Mendoza.

The UN special rapporteurs’ letter to Barrick characterized the accusations as “sufficiently reliable” and expressed concern about the impacts on the local population’s health and to the environment.

“While we do not wish to prejudge the accuracy of these allegations, we wish to express our grave concern about the impact on human rights caused by spills of cyanide, arsenic, mercury and other hazardous substances from the Veladero mine,” the letter states. “The lack of effective response by your company exacerbates these impacts.”

Letters were also sent to Shandong Gold, which purchased a 50 per cent stake in the mine in 2017 for US$960 million, to the Chinese government, and to the joint venture company, Minera Argentina Gold SRL, that operates the mine.

The UN releases letters 60 days after receipt but Barrick provided the Financial Post with a copy of its response, which denies nearly all the allegations.

The company said in its reply that it did not spill any contaminants into the environment in 2022, and added that the impacts of three historical spills were overstated because they “did not impact the environment or human rights.”

It added that mercury and other metals found in local waters “naturally occur in the region,” and noted that cyanide — which it uses to rinse ore — was not found in the water. The company also said it rejects accusations that it did not effectively communicate the previous spills to authorities and local communities.

Still, Saúl Zeballos, who lives in San José de Jáchal, a community of 21,000 about 200 kilometres downstream from the mine, said he blames Barrick for breaking its promises to protect the local water supply. He added the company has not met local expectations of providing jobs.

Zeballos said Barrick never alerted the community to the original spill in 2015, which he only heard about informally through connections in the community. Since then, everyone has been drinking bottled water, but continue to use the local water for cooking and washing despite concerns about the health impacts, especially for their children.

“They need to stop polluting the area,” Zeballos said in an interview during which his comments were translated from Spanish by two translators provided by Earthworks and MiningWatch Canada. “They need to leave and leave the area in the same condition as when they got here.”

Barrick initially developed the Veladero mine in 2005. Within several years, it started building a second mine several kilometres away, straddling the Argentina-Chile border, known as Pascua-Lama. But in 2017, Chilean regulators ordered Barrick to halt all mining after finding adverse impacts on the environment.

Meanwhile, Argentina has passed legislation that says a mine that commits three environmental infractions can be forced to close.

The UN advisors’ letter to Barrick cites “information” it received from unnamed sources summarizing four spills linked to Veladero between 2015 and 2022:

The letter to Barrick does not address whether any regulators or government officials in Argentina are taking any action at present. It says the impacts on local communities’ health were a serious concern; it also notes concern about the impact on the local environment, including the San Guillermo Biosphere Reserve.

“We are also concerned about the company’s failure to report these spills in a timely manner,” the letter states. “The lack of timely information hinders the adoption of protective measures for the populations exposed to toxic substances in the spills and the environment.”

Last year, the mine produced 172,000 ounces of gold. In October 2021, Barrick announced it would create a trust fund for community development projects near the mine, financed by 1.5 per cent of all gold sales from Veladero.

Last week, on a third quarter earnings call with analysts, Barrick chief executive Mark Bristow said the company had recently built new pads for its heap leach operations and alluded to some difficulties.

“We are still getting our heads around the geomet and leach dynamics, which we believe have also been exacerbated by the abnormally long winter and freezing of part of the pads,” he said, without offering further details.

His company is focused on investing in impoverished regions to help resolve local poverty, he said.

Zeballos, the resident of San Jose de Jachal, objected to the idea that Barrick was making a large economic difference in the community, saying the company’s environmental legacy would be pollution.

“They’re completely destroying the water,” he said through the translators.