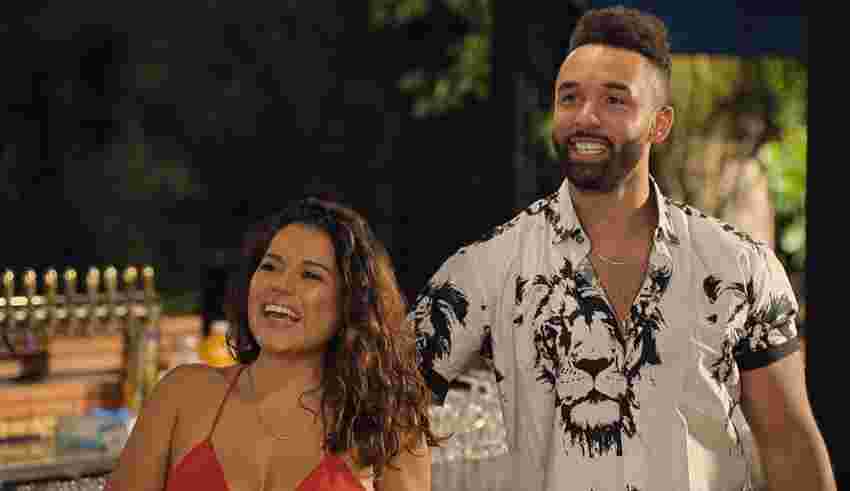 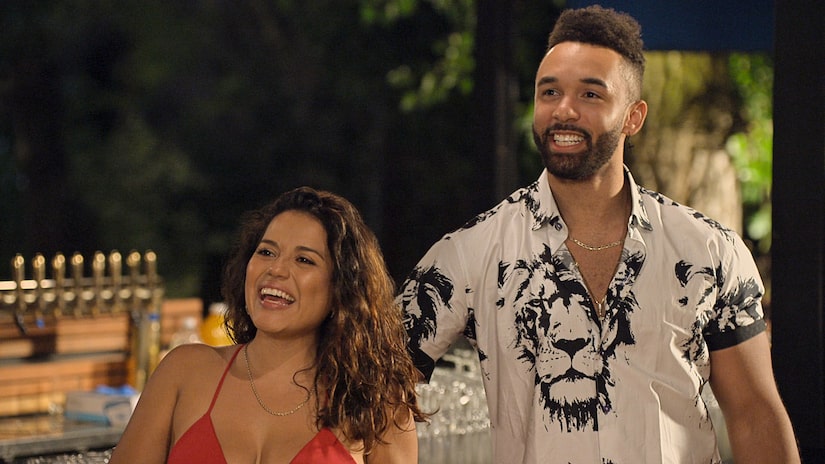 Nancy Rodriguez and Bartise Bowden are spilling on their “Love Is Blind” Season 3 journey.

The couple connected in the pods, but ultimately Bartise said no at the altar on their wedding day.

“Extra’s” Katie Krause spoke with the exes — in separate interviews — to find out what went wrong.

Nancy said that leading up to their wedding she had her own doubts, but, “Bartise completely turned things around for us.”

Nancy recalled, “Literally minutes before the altar was when he sent me the [tequila] shot and on the note it said, ‘Let’s do the damn thing.’” She called that her “validation” that he was ready to move forward.

Bartise told Katie that sending that note was his biggest regret.

“That’s the one thing I actually regret about this whole experiment… I made mistakes along the whole way, but from those mistakes, like they aren’t really regrets because I wouldn’t be able to learn from them, but the shot I do regret. The shot was kind of the like the result of me going through a complete emotional breakdown.”

Bowden said, “She had sent me this beautiful gift and I kind of felt like I owed her something and so I wanted to send her a tequila shot with a little note attached and… I was not in the right mindset to decide.”

He said the “shot by itself would have been fine, but the note that came attached was just over the top.”

The reality star confessed, “I actually watched it last night with my mom and sister here at the house and I break down every time seeing that gift and then seeing me and my mom walk towards the aisle. It’s very hard.”

When asked why he ultimately said no, Bartise explained, “There were multiple points through our journey that I felt like I was going to say no. There were also multiple points where… I was like, damn, I could say yes here.”

He said once he was at the altar he realized, “If I’m thinking this hard about it and struggled this hard, the answer cannot be yes.”

Looking back he also feels embarrassed about some of his behavior even if he was being “brutally honest.” “Watching it back is hard… I just felt like ashamed and embarrassed. Like I said a lot of wrong, insensitive stuff,” saying it isn’t “the best portrayal of who I am as a person” and how he “treats women.”

Katie asked Nancy how she felt about Bartise’s comments, for instance saying that he wasn’t attracted to her.

Nancy said, “I didn’t need him to validate me or validate my looks,” but agreed it was “disrespectful.”

Rodriguez added, “I think the take home for me and what I’ve learned about myself since the wedding is that I do need to set boundaries.”

As far as where the exes stand today, Nancy said, “I’ve spoken to him. Honestly we’re on talking terms. I don’t think friendship is like a way to put it. I don’t think we’re friends.”

Bartise shared his perspective, too, telling Krause, “I want her to be a part of my life, you know, until I’m gone from this earth… Our journey through ‘Love Is Blind’ those six and a half, seven weeks was a roller coaster… Since then, it has continued to be a roller coaster… We’ve kind of moved on and experienced other relationships and tried to manage a friendship or acquaintance… As of right now we’re friends, we’re cordial.”

Bartise said he’s not into dating right now, explaining, “I’m interested in, like, self-growth right now, and I don’t think I would be growing as fast as I could by myself if I had somebody you know, next to me.”

“Love Is Blind” Season 3 is streaming now on Netflix.