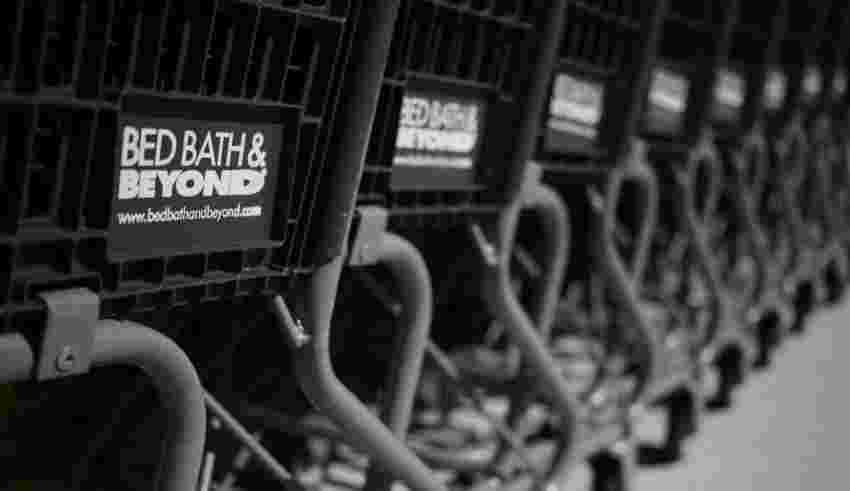 Bed Bath & Beyond Inc. said it might not be able to continue as a going concern, bringing another United States retail chain to the precipice of bankruptcy.

The Union, New Jersey-based company said it’s pursuing an array of strategic alternatives, including restructuring debt, selling assets or filing for bankruptcy-court protection, but “these measures may not be successful.”

The company is continuing to pursue steps to improve its cash position, it said in a filing Thursday, but its recurring losses and negative cash flow in the nine months ended Nov. 26 leave “substantial doubt” that the company can stay in business.

Bed Bath & Beyond called off a planned debt exchange in connection with the warning. It had offered creditors the chance to swap unsecured bonds for a lower face value amount of new secured obligations in order to trim the company’s overall debt load.

A company spokeswoman didn’t immediately respond to a request for comment beyond the filing.

Bed Bath & Beyond warned that it expects to report third-quarter revenue of US$1.259 billion, below the US$1.404 billion analysts had estimated.

“Despite more productive merchandise plans and improved execution, our financial performance was negatively impacted by inventory constraints,” Bed Bath & Beyond chief executive Sue Gove said in a statement. But, she added, “we have already leveraged the liquidity gained from the holiday season to immediately pursue higher in-stock levels with support from our key vendors. We have seen trends improve when in-stock levels have increased.”

Some suppliers had begun to halt shipments to the retailer in recent months, concerned about the company’s outlook. That aggravated the already tenuous financial situation facing the company. The retailer — for decades a mainstay of malls and shopping centres around the U.S. — was plagued by years of management missteps and a dysfunctional corporate culture that left it ill-equipped to compete against Amazon.com Inc. and other online retail juggernauts.

During the pandemic, the company increased its offering of private-label products — a change that kept many loyal customers away. Earlier this year, as part of a broader strategic shift, Bed Bath & Beyond said it was pivoting back to selling well-known national brands such as as Oxo, Ninja and SodaStream, but many shoppers had already stopped turning to the company for products.

Shares of Bed Bath & Beyond fell as much as 26 per cent in premarket trading before paring the decline. The stock had already lost more than 83 per cent of its value since the end of 2021.

—With assistance from Eliza Ronalds-Hannon