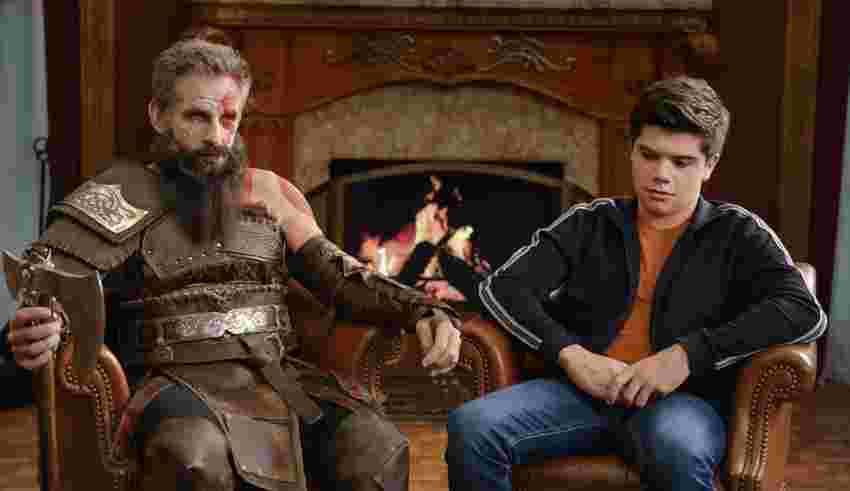 Have you ever imagined what Ben Stiller would look like dressed as gaming icon Kratos?

Probably not, but someone at PlayStation clearly did. In a new ad for God of War Ragnarök titled “All Parents Can Relate,” Stiller is fully suited as Kratos, beard, Leviathan Axe and all, and even wants to be referred to as the God of War.

The premise of the ad is Stiller, fellow actor John Travolta and NBA star LeBron James getting together for a support group with their real-life children. It’s… as bizarre as you’d expect.

“The God of War dynamic plays out in every parent-child relationship. When that clicked for me, I picked up my Leviathan Axe and felt truly close to my son for the first time,” says Stiller at one point. When his son responds “I’m 17!” Stiller simply says, “Exactly.” Elsewhere in the bit, Travolta asks his daughter to hurt his feelings, to which she says “you’re old and you’re bald,” and he satisfyingly says “just like Kratos.”

Funny enough, less than 10 seconds of footage from the actual game are shown at the very end of the commercial. All in all, it’s quite strange, especially given the unique pairing of Stiller, Travolta and James.

In any case, God of War Ragnarök will release on PlayStation 4 and 5 on November 9th. Stay tuned for our review on November 3rd.