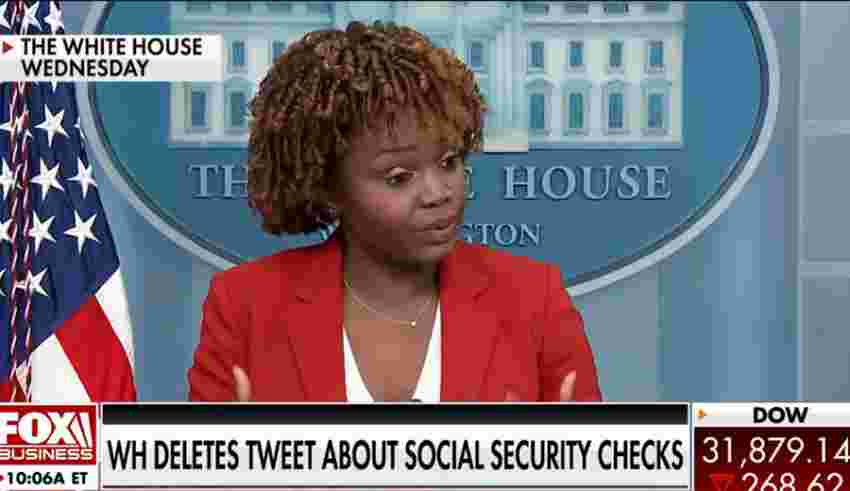 WASHINGTON, D.C. – The Biden Administration deleted a post from the White House’s official Twitter account that made an inaccurate claim about an upcoming Social Security cost-of-living adjustment (COLA) after being fact-checked by the social media platform, stating that the information they conveyed to the public was “incomplete” and did not provide adequate “content.”

The November 1 tweet had credited President Joe Biden with the upcoming COLA – saying it would be the biggest increase in a decade – prompting Twitter moderators to add a “context” note pointing out that the bump in funds was actually due to a 1972 law that mandates increases based on inflation.

“Seniors are getting the biggest increase in their Social Security checks in 10 years through President Biden’s leadership,” the tweet said.

“Seniors will receive a large Social Security benefit increase due to the annual cost of living adjustment, which is based on the inflation rate,” Twitter’s context note interjected, linking to a relevant article on the Social Security Administration’s website.

Media requests made to the White House on Wednesday for comments on the “context” note that was added to the tweet were not responded to; however, later in the day the tweet had been deleted from the White House’s feed, with a Biden spokesperson stating that “the point was incomplete.”

During a briefing on Wednesday, Biden Press Secretary Karine Jean-Pierre spoke on the deleted tweet, again saying that it was “incomplete” and that it was missing context.

“Look, the tweet was not complete. Usually when we put out a tweet we post it with context, and it did not have that context,” Jean-Pierre said. “So in the past we’ve pointed out that for the first time in over a decade seniors’ Medicare premiums will decrease even as their Social Security checks increase. That’s a little bit of context that was not included.”