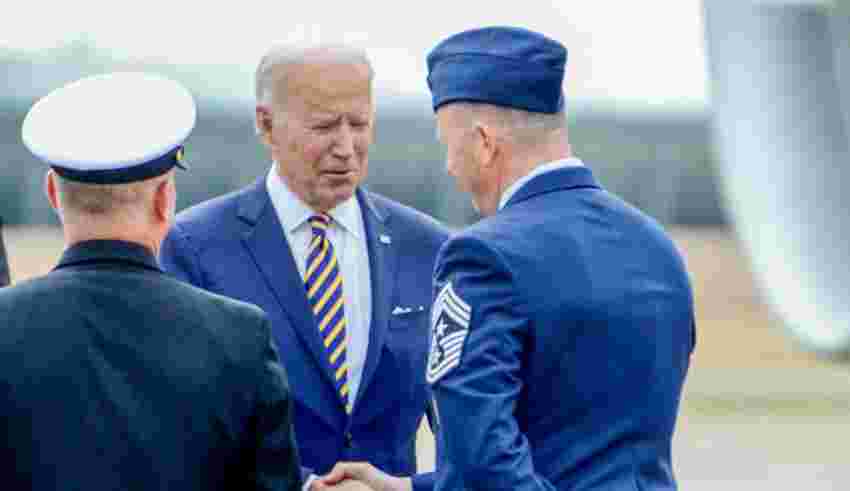 WASHINGTON, D.C. –The administration of President Joe Biden is reportedly angry over the seemingly impending removal of the universal COVID-19 vaccination mandate that is currently imposed upon the U.S. military, a move that was part of concessions made to GOP House members as a condition for passing the military’s budget proposal.

The military vaccination mandate was initially issued in August 2021, resulting in thousands of members who refused the jab being discharged, disciplined, or denied services and benefits.

While President Biden and Defense Secretary Lloyd Austin have been adamant about keeping the mandate in place at all costs – saying that lifting it will result in needless COVID-related deaths and troop deployment issues – Republicans have been championing the right to choose amongst the nation’s men and women in uniform.

White House National Security Council spokesman John Kirby stated on Wednesday that reversing the mandate would be “a mistake.”

“We continue to believe that repealing the vaccine mandate is a mistake,” he said. “Making sure our troops are ready to defend this country and prepared to do so, that remains the president’s priority and the vaccine requirement for COVID does just that. But Republicans in Congress have obviously decided that they’d rather fight against the health and well-being of those troops, rather than protecting them. So we still believe it’s a mistake.”

Even though the military vaccination mandate will most likely be coming to an end within as little as several weeks, reports indicate over 97 percent of all service members have already been inoculated against COVID-19, either due to personal choice or fear of disciplinary action. Exemptions to opt out for religious or medical reasons have been made available, but have been proven notoriously difficult to qualify for.

Christopher Boyle is an investigative journalist, videographer, and writer for SEARCHEN NETWORKS® and reports for independent news and media organizations in the United States. Christopher works on a wide variety of topics and fields, including current events, crime, politics, and more and has been featured in print and online in a variety of publications, from local to national, and helps keep a keen-eye on what’s happening in the world for The Published Reporter.

Disclaimer (varies based on content, section, category, etc.): News articles on this site may contain opinions of the author, and if opinion, may not necessarily reflect the views of the site itself nor the views of the owners of The Published Reporter. For more information on our editorial policies please view our editorial policies and guidelines section in addition to our fact checking policy and most importantly, our terms of service. All links on this site could lead to commissions paid to the publisher. Please see Advertising Disclosure in sidebar.