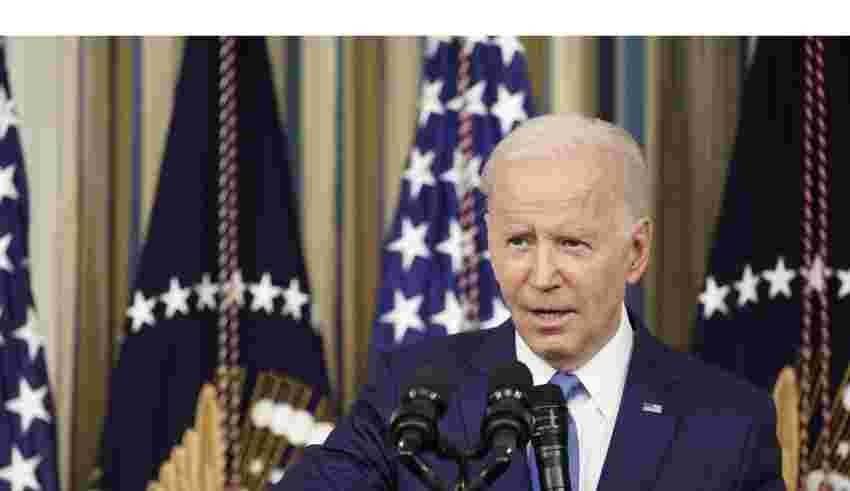 (Bloomberg) — From fighting climate change to protecting consumers, President Joe Biden’s agenda will depend on a flurry of federal regulations if the midterm elections hand Republicans control of Congress.

With little chance of legislative compromise on major initiatives under a House (and possibly a Senate) controlled by Republicans, the White House will be forced to rely on federal agencies to advance much of Biden’s priorities over the next two years, racing to finalize major regulations and craft new ones during his remaining time in office.

The potential change in power — the GOP appears poised to take back control of at least take the House — deals a blow to Biden’s ability to make good on a promise to provide $11.4 billion in international climate finance by 2024 just as the president arrives Friday at the UN climate summit in Egypt.

“There is a great deal the Biden administration can do with purely executive authority at this point and now is the time for them to begin,” Senator Sheldon Whitehouse, a Rhode Island Democrat, told reporters Thursday.

Under a divided government, Biden’s climate ambitions will increasingly be pursued through the executive branch. The Environmental Protection Agency already is drawing on longstanding legal authority to write new regulations clamping down on greenhouse gas emissions from oil wells, power plants and vehicles. And the Inflation Reduction Act gave the Interior Department an explicit mandate to curtail methane leaks from oil and gas infrastructure on federal land, empowering the agency to set new limits.

“I don’t think the elections will change the fact that EPA has legislative authority” to “pursue the reduction of greenhouse gas emissions to protect public health and protect the planet,” EPA Administrator Michael S. Regan told Bloomberg TV on Thursday. “We’re going to continue to move forward and do our job.”

Prominent Democrats are encouraging Biden to go even further and use his executive powers to impose a carbon border tax, mandate carbon capture for major emitters and even declare a climate emergency that would allow him to shut down oil exports and route federal funding to renewable energy projects.

It’s not just game changing environmental regulations that are in the pipeline. Biden can use executive authority to implement other major parts of his agenda in areas like consumer protection, health care, student debt, and workers’ rights.

The administration is moving forward with a pair of regulations to enhance airline passenger consumer protections by requiring more transparency in ancillary fees and expanding the rights to refunds for canceled flights. Some Democratic lawmakers have proposed similar legislative action, but a GOP majority in either chamber would make that less likely.

Other major regulations include a Department of Labor proposal that makes it easier for gig workers to be classified as employees that threatens gig-dependent companies like Lyft Inc. and Uber Technologies Inc. Other rules in the works take aim at everything from telemarketers to organic pet food.

To be sure, the Biden administration was planning to advance major rules, including those limiting greenhouse gas emissions from vehicles and oil wells, without the help of Congress, and federal agencies are busy working to implement programs created or expanded by the Inflation Reduction Act. But the election results put a premium on all that activity.

Republicans’ lackluster performance in the midterms, in which an expected “red wave” never formed, may help motivate the White House to keep churning out more rules, said Susan Dudley, director of the George Washington University Regulatory Studies Center. The administration could start to craft new regulations in areas like social media and crypto currency, Dudley said.

“I really do think that the administration is interpreting this election as being a reinforcement they are on the right track,” said Dudley, who served as administrator of the White House Office of Information and Regulatory Affairs under President George W. Bush. “I wouldn’t be surprised if we saw an increase in regulatory actively.”

But the clock is ticking: Regulations finalized in the final months of an administration are particularly vulnerable to being overturned under the Congressional Review Act, using just a simple majority vote in the House and the Senate.

There’s also a risk to an approach that cuts Congress out of the picture. Major regulations will face inevitable legal challenges, and if a Republican wins the White House in two years, that next administration may opt not to vigorously defend Biden-era rules in court.

“Real policy is getting made through regulation and every one of consequence will be challenged legally,” said Dan Bosch, director of regulatory policy for the American Action Forum, a Republican-aligned think tank. “I think we will see a lot of challenges to most if not all of the rules that come out over the next few years.”

—With assistance from Jennifer A. Dlouhy and Alan Levin.