Home News Biden Rumored to Replace Kamala Harris As Running Mate for 2024; Blames Her For His Own Low Approval Ratings – The Published Reporter® 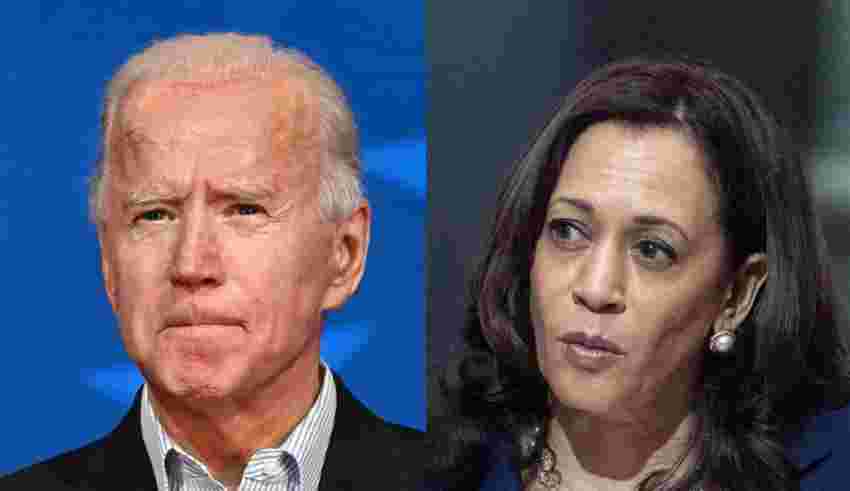 WASHINGTON, D.C. – President Joe Biden is rumored to be considering replacing Vice President Kamala Harris with an entirely different running mate when he hits the campaign trail for his upcoming 2024 reelection bid to potentially increase his chances of a second term in the White House, rumors say.

Biden, 80, is reportedly disappointed with the overall performance of Harris, 58, as his second-in-command, citing her lack of progress on domestic policy issues, and is blaming her for his own low approval ratings.

Biden is supposedly so incensed with Harris’ lack of success at her job that he is considering replacing her as his Democratic running mate in 2024, and is allegedly already looking for another prominent female candidate to run with him, according to a Radar Online source.

“Joe’s no fool,” the source said. “He knows if he can add someone like Hillary Clinton or Michelle Obama to the ticket instead of Kamala, his chances immediately improve against any Republican nominee.”

A second source echoed the same sentiment, saying that Biden believes that Harris doesn’t have the polling numbers or the staying power for long-term political success.

“Joe’s also looking ahead,” the second source claimed. “If he wins the next election cycle, his running mate will be the front-runner in 2028. Kamala doesn’t seem to have the right stuff.”

The specific issues that Biden has with his current VP include her botched role of “border czar” amid the ongoing crisis at the U.S. southern border – which has seen a whopping 2.3 million migrants illegally cross over into the country since October 2021 – as well as her difficulties in getting the John Lewis Voting Rights Advancement Act passed in the Senate after the bill was approved by the House of Representatives.

“Joe gave her responsibility over these hot-button issues, and she’s done nothing but make a hash out of them,” the source asserted. “Combine that with the reports of her overseeing a toxic work environment in her office. The writing was on the wall…she had to go.”