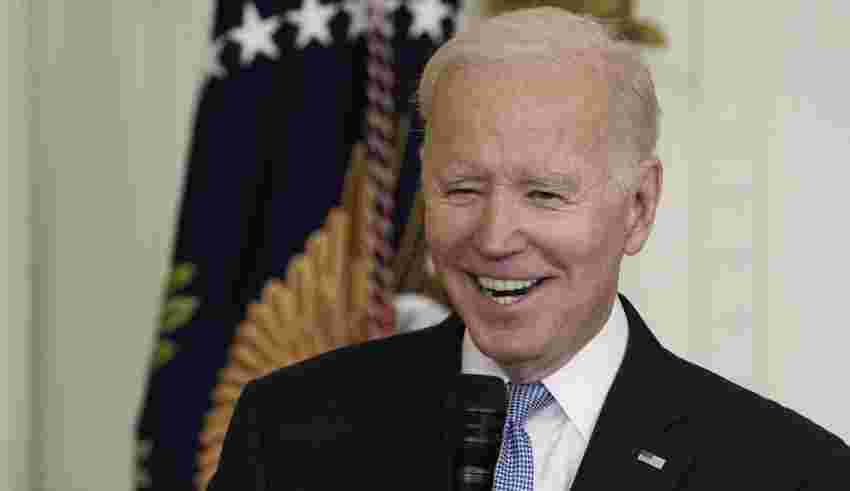 WASHINGTON (AP) — President Joe Biden is hosting the Democratic congressional leaders Tuesday at the White House as they face a new era of divided government in Washington, staring down a debt ceiling crisis, the Russian war in Ukraine and their own party priorities running up against a new House Republican majority eager for confrontation.

Ahead of the afternoon meeting, Senate Majority Leader Chuck Schumer said the House Republicans are risking a potentially devastating debt default that would cascade across the economy hitting American households.

Schumer said Democrats stand united in working to raise the limit and stop Republicans from imposing draconian budget cuts to federal programs. “If the MAGA GOP stops paying our nation’s bills, Americans pay the price,” he said, referring to those Republicans allied with the Trump-era Make American Great Again movement.

The coming showdown has a familiar precedent — a little more than a decade ago, a new generation of “tea party” House Republicans swept to power, eager to confront the Obama administration to slash federal spending and curb the nation’s ballooning debt load. As vice president at the time, Biden was central to those negotiations, but the House Republicans and the White House could never strike a deal, causing a fiscal crisis. This go around, Biden and his Democratic allies in Congress are in no mood to broker deals with a new era of hardline Republicans led by the Freedom Caucus.

House Speaker Kevin McCarthy is eager to push Biden to the negotiating table, hoping to make good on the promises the GOP leader made to holdouts during his campaign to become House speaker to pare federal spending back to fiscal 2022 levels, which would be a sizable 8% budget cut.

The White House has not yet invited McCarthy for a meeting, but says it plans to do so soon.

“We’ve seen this movie before,” said Sen. John Cornyn of Texas, a member of Republican leadership.

In the Senate, Republicans appear more than willing to stand aside, for now, letting McCarthy and the House GOP take the lead in talks with Biden — and wary of embracing the kind of cuts to federal spending the House GOP wants but that have little chance of becoming law.

Senate Republican leader Mitch McConnell said Tuesday, “I think it is entirely reasonable for the new speaker and his team to put spending reduction on the table.”

McConnell said of McCarthy’s yet-unscheduled-session with Biden: “I wish him well and in talking to the president. That’s where a solution lies.”

The afternoon meeting between Biden and the Democratic leaders comes as the White House is throwing open its doors for a new lawmaker reception later Tuesday evening, though many House Republicans say they will not attend because they cannot abide by the administration’s requirement for visitors to be vaccinated against the coronavirus.

On the debt, the Treasury Depart notified Congress last week that the nation has reached its borrowing capacity, $31 trillion, and will need to increase the limit to be able to continue paying off its already accrued bills. Treasury Secretary Janet Yellen has launched extraordinary measures which are routinely used at times like this, but that will run out in June.

Debt has been climbing for years, the last time the federal budget didn’t carry red-ink deficits was during the Clinton years. Instead, the George W. Bush administration saw the debt skyrocket thanks to tax cuts and the wars overseas. Debt grew again in the Barack Obama era especially in the aftermath of the Great Recession.

The 2011 negotiations centered around a $1-for-$1 tradeoff of spending cuts for new debt, but the sides could never agree to the size and scope of reductions in federal health care, military, infrastructure and other accounts. So far, the Biden administration has refused to engage with House Republicans.

Sen. Ron Wyden, D-Ore., the chairman of the Finance Committee, said his party learned its lessons when negotiating with Republicans on the debt ceiling in 2011.

“We know what happened. It almost threw the economy into the ditch,” Wyden said. “That’s the lesson.”

One idea being discussed has been for Congress to establish some sort of debt panel, much like the failed “Super Committee” that tried in the aftermath of the 2011 talks to come up with agreed upon ways to cut federal spending.

“The bottom line is, can we find a pathway forward before all the theatrics start?” said Sen. Joe Manchin, the conservative West Virginia Democrat who is known for straddling the party lines. “We know we’re going to pass it. It’s just a matter of how much pain you want to put people through.”