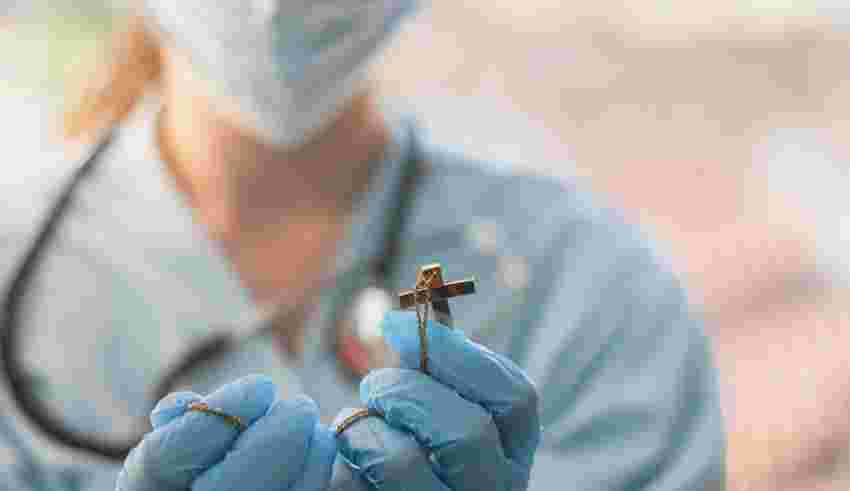 PORTSMOUTH, OH –  God of life won – Satan of death lost. It’s a major victory for faith-based doctors and hospitals. It’s a victory for all Christians. Please applaud. The Capitol Hill administration of mutilation and death tried to force faith-based physicians to perform trans surgeries and abortions against their medical judgment, conscience, and religious beliefs. Moreover, The Department of Health and Human Services took a beating. LOSERS R US.

In 2021, The American College of Pediatricians (ACPeds) joined with other medical professionals in a lawsuit against the Biden administration’s mandate that doctors perform transgender procedures on any individual, including children–even if this violates a doctor’s medical judgment or religious beliefs.

In 2022, Team Death (aka Biden medical regime) did not appeal. The Fifth Circuit Court of Appeals struck down the mandate Aug. 26, ruling that religious groups could not be required to perform procedures that violate their beliefs. The deadline for the Biden administration to appeal the decision passed Nov. 25.

Becket, a religious liberty nonprofit legal firm, served as counsel to thousands of Catholic and other religious medical professionals in the federal lawsuit: Franciscan Alliance v. Becerra challenging the mandate in a continuation of a long legal battle stemming from a similar rule enacted by the Obama administration in 2016,” according to an article in Catholic World Report.

Please applaud the triumphant legal team and the judge of justice.

Doctors Speak Up for Children

Dr. Quentin Van Meter, a pediatric endocrinologist and president of the American College of Pediatricians, and Dr. Andre Van Mol, a family doctor, stand up to trans bullies in “Generation Indoctrination,” a new podcast.

“The transgender craze is growing and metastasizing in America and worldwide. Confusion is abounding. And while Western cultures celebrate and elevate gender chaos, the societal and cultural costs are quickly mounting. Join enterprising journalist Brandon Showalter of The Christian Post for a no-holds-barred exploration of the topic in “Generation Indoctrination,” a documentary-style podcast series aimed at exploring the roots and impact of the transgender debate.”

“We know that until recently, almost all young kids with gender dysphoria reconciled with their sexed bodies after they get through puberty. The effect of ‘gender affirmation’ and early social transition, in contrast, is to put kids on a fast track to surgical intervention and sterilization,” Dr. Jay Richards, senior research fellow at the DeVos Center, told the Daily Caller News Foundation.

“Irreversible Damage: The Transgender Craze Seducing Our Daughters,” is a 2020 book. “A generation of girls is at risk. Abigail Shrier’s essential book will help you understand what the trans craze is and how you can inoculate your child against it—or how to retrieve her from this dangerous path.”

Those standing to protect and defend children and adolescents from the radical LGBTQ community and the transgender bullies need to be prepared when called names: bigot, hater, transphobic, homophobic, or worse. Stand firm with persistence and state facts when challenged.

The mainstream liberal media will not put out facts about the harm of transgender mutilation surgeries for children, so it’s up to alternative media and users of social media.