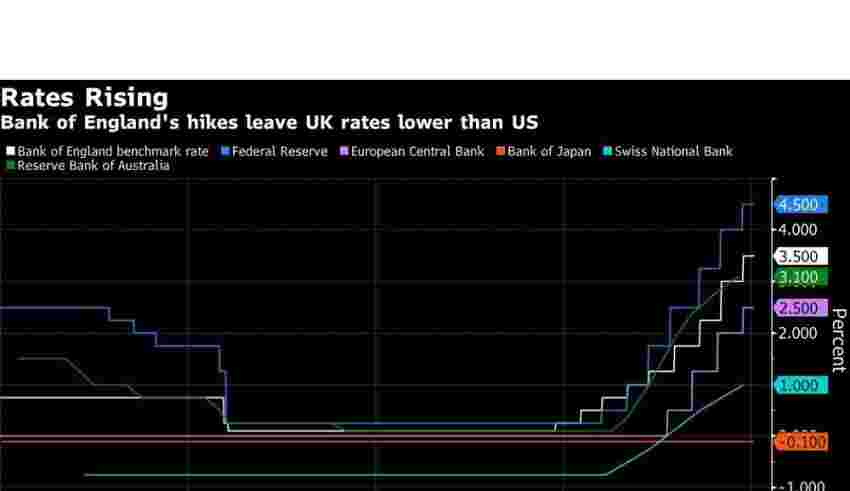 (Bloomberg) — Price caps on energy in response to a price surge following Russia’s invasion of Ukraine might be sparking inflation in other sectors by boosting consumer spending, Bank of England policy maker Catherine Mann said.

By capping energy prices for consumers, “we have effectively mechanically reduced the inflation rates that are relevant for my monetary policy decision,” she said Saturday during a panel discussion at the annual conference of the American Economics Association in New Orleans.

“The caps on energy prices allow the reorientation of spending to the rest of the consumption basket and thus potentially higher inflation than otherwise would be the case in all those other products,” Mann said. “That’s something we look at carefully.”

Mann was speaking about global climate change and argued that regulatory policies aimed at reducing emissions would have the potential to change the economic environment in decades ahead.

When current energy caps are relieved, that could well affect inflation, Mann said.

“What’s going to happen when the caps are removed?” she asked. “Will inflation kind of bounce back? What will the energy prices be at that time? We don’t know.”

Over the long term, Mann said economies can increase their production and consumption even as they cut emissions through efficiency and innovation. She also emphasized that central banks have a limited role in climate change.

“The starting point is we’re central banks, we can’t solve climate change,” Mann said, though officials must react to “policies to achieve net zero” which “will affect the macro environment in which monetary policy operates.”

The UK central bank has raised interest rates nine times since December 2021 to choke off inflation, which hit a four-decade high last year. While the BOE expects inflation will slide sharply this year from a peak of 11.1%, policy makers are divided about how much further interest rates should rise.

Mann alone on the nine-member Monetary Policy Committee voted for a 75 basis-point increase in December, when the rest of the panel opted for a half-point hike. Two other officials wanted no change.

Investors, who just a few weeks ago had fully priced in another half-point hike in February, are starting to scale back expectations. Money markets indicate a quarter point increase is certain but another half point less so.

Minutes of the last meeting showed the majority of policy makers considered “the labor market remained tight, and there had been evidence that inflationary pressures in domestic prices and wages that could indicate greater persistence and thus justified a further forceful monetary policy response.”