In GQ’s August cover story by Ottessa Moshfegh, Pitt revealed that he wanted to meet someone else that deals with prosopagnosia.

While he’s convinced that he has the condition, he said, “Nobody believes me!”

According to the story, Brad has fears that people think “he’s remote and aloof, inaccessible, self-absorbed” since he has difficulty remembering their faces.

In the issue, Pitt also detailed his struggle with loneliness, sobriety, and a nightmare that haunted him for years. 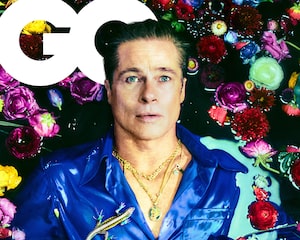 Brad Pitt Talks Loneliness, Sobriety, and a Nightmare That Haunted Him for Years

Pitt, who is in the midst of a divorce from Angelina Jolie, reflected on overcoming loneliness. “I always felt very alone in my life,” he said, “alone growing up as a kid, alone even out here, and it’s really not till recently that I have had a greater embrace of my friends and family. What’s that line, it was either Rilke or Einstein, believe it or not, but it was something about when you can walk with the paradox, when you carry real pain and real joy simultaneously, this is maturity, this is growth.”

In 2013, Pitt first brought up his concerns about prosopagnosia.

In an interview with Esquire, he admitted that he upset people because he wasn’t able to recognize their faces. He said, “So many people hate me because they think I’m disrespecting them.” He vowed to just admit to it and ask people, “Where did we meet?”

Did it help? “It just got worse,” Pitt went on.

“People were more offended. Every now and then, someone will give me context, and I’ll say, ‘Thank you for helping me.’ But I piss more people off,” he added. “You get this thing, like, ‘You’re being egotistical. You’re being conceited.’ But it’s a mystery to me, man. I can’t grasp a face and yet I come from such a design/aesthetic point of view. I am going to get it tested.”