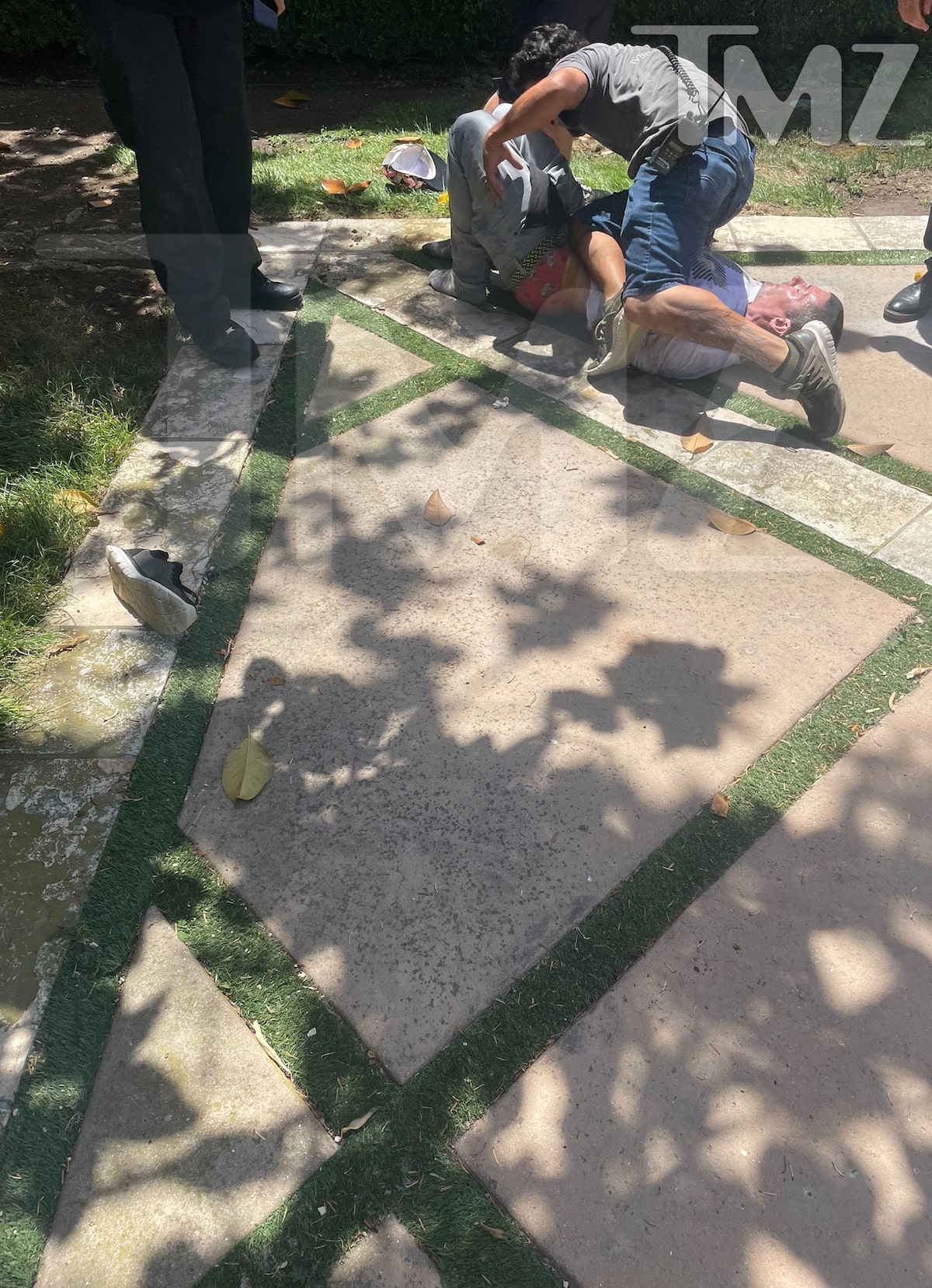 TMZ obtained a photo of Alexander being tackled to the ground by her security.

Before he was taken down, Alexander went live on Instagram. Approaching her security, who were in front of her home, Jason told him, “Britney Spears invited me. She’s my first wife, my only wife. I’m her first husband.”

Jason revealed, “I’m here to crash the wedding ’cause nobody’s here. Where the f**k is the family?”

Then a physical altercation ensued.

Alexander was reportedly somehow able to get on the premises before he was restrained.

According to TMZ, the Ventura County Sheriff’s Department are now on the scene after receiving a trespassing call.

Jason was then taken into custody.

In a statement, the Ventura County Sheriff’s Department told Us Weekly, “I confirm a subject by the name of Jason Alexander was arrested for an outstanding warrant. I don’t have a time yet. He hasn’t been booked in yet, so no mug shot.”

Just hours before the incident, Jason posted an Instagram mentioning Britney and her family while discussing LLCs. He captioned the video, “Follow the Money.”

Britney and Jason tied the knot in 2004 at a shocking wedding in Las Vegas but split two days later.

In 2020, Jason showed his support for the #FreeBritney movement, attending a rally outside a courthouse in Los Angeles.

At the time, he revealed that he has “been in contact” with Britney, adding, “I’ve kinda been going through this process with her.”