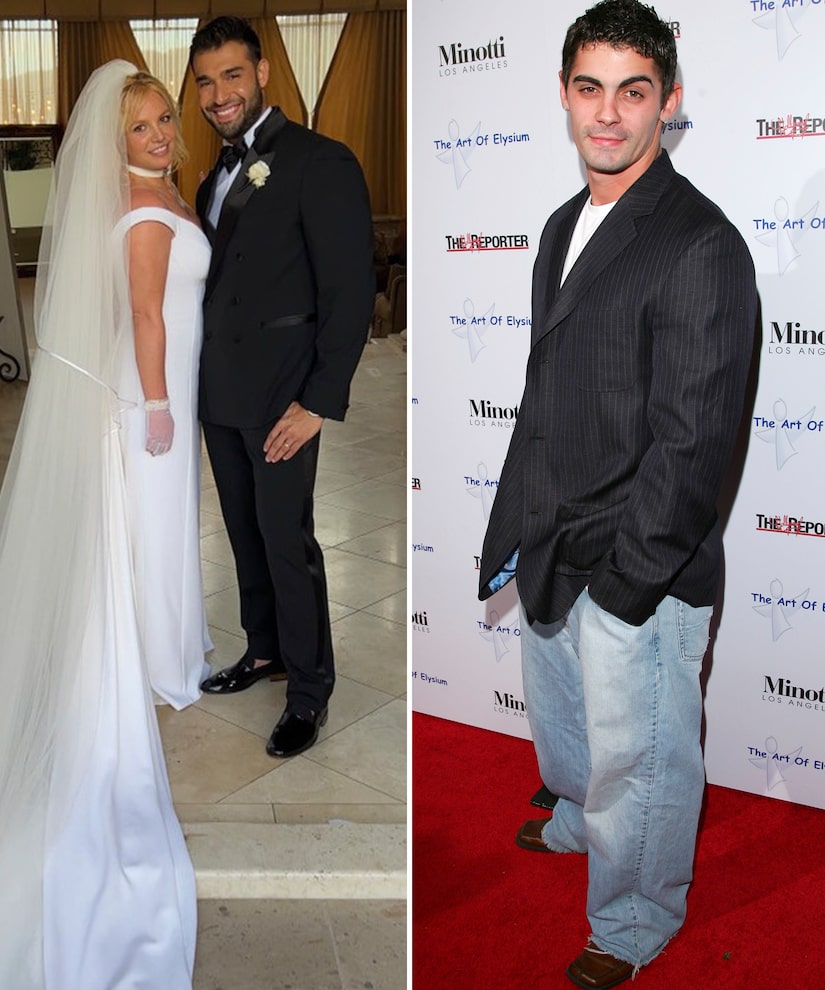 TMZ first reported that Alexander was armed with a knife, but now “Extra” has learned it was a box cutter.

Sources told “Extra’s” Billy Bush that Jason, streaming live, was carrying the box cutter as he went through the house. Britney’s manager called 911… as Jason headed for the wedding tent.

Jason, who was married to Britney for just 55 hours, was arrested on misdemeanor battery and trespass charges, and is due in court next week. 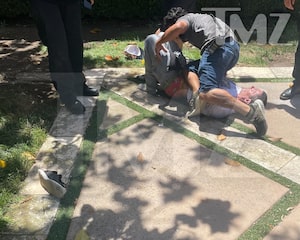 TMZ also reports the Ventura County Sheriff’s Office filed an emergency protective order against Jason, saying he “has continually trespassed on her property.”

Sam and Britney reportedly left the mansion — then returned after the incident — but it still couldn’t put a hitch in their plans to get hitched.

Donatella Versace, who designed Britney’s wedding gown, was also at the nuptials. Britney actually changed into three different looks by Versace after the ceremony. Sam jokingly tried on Britney’s veil designed by Donatella for for one playful pic!

“Extra’s” Katie Krause caught up with Donatella in March at the 2022 Elton John AIDS Foundation Oscar Party, asking if Donatella and Britney worked on the dress together. Versace said at the time, “I love her. I’m very close to her… and Sam’s a great guy and, uh, I wish them the best.”

A few more interesting items “Extra” learned about Brit’s big day… she walked herself down the aisle to Elvis Presley’s “Can’t Help Falling in Love,” and there were some unique duets at the reception, including Britney and Selena Gomez performing “Bad Liar” and Paris and Kathy going old school with Paris’ 2006 hit “Stars Are Blind.”

Sam and Britney, who arrived by horse and carriage, left the celebration at 11:30 p.m. for a nearby hotel.