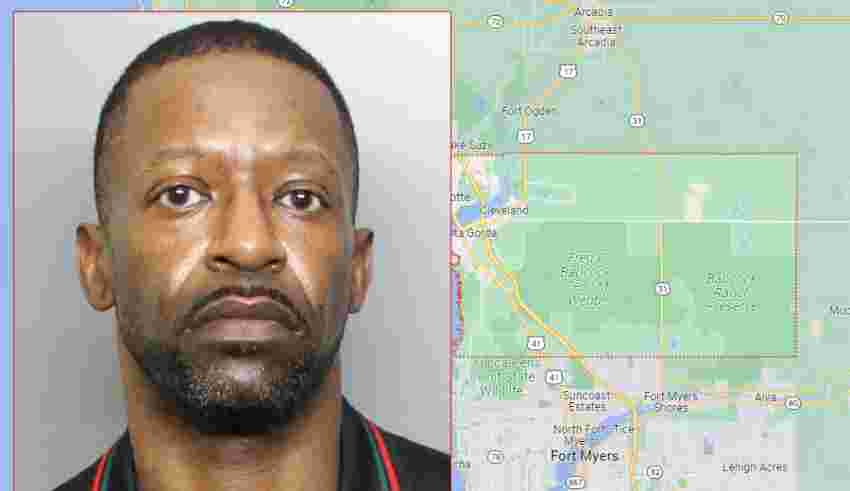 PORT CHARLOTTE, FL – A Broward County man was arrested in Port Charlotte after he was found in possession of a trafficking amount of MDMA, also known as ecstasy, drug paraphernalia, and numerous credit cards belonging to other people.

According to authorities, at approximately 5:00pm on Sunday, January 1, 2023, deputies conducted a traffic stop on a 2009 Dodge Charger for having illegal window tint. They discovered that the license of the registered owner, 48 year-old James Edward Smith, was currently suspended. As the deputies made contact with the driver and confirmed it was Smith behind the wheel, they could smell a strong odor of marijuana emanating from the vehicle. Smith denied knowing his license had been suspended, but offered that it may be due to child support issues. Smith also informed the deputies that he did not have a medical marijuana card, but did consent to a search of his vehicle.

As deputies conducted the search, they located a red satchel, which Smith had on his person at the time of the stop. Inside of this satchel were 16 assorted credit cards, all bearing other people’s names. At this time, Smith was informed that he would be placed under arrest and was read his rights. Smith agreed to speak with the deputies, providing an explanation for having the cards. When questioned further, he then changed his explanation. A search of his person revealed yet another credit card in his pocket with a different name.

The search of the vehicle resumed, and deputies found a bag in the trunk which contained pressed pills, a vial of unknown liquid, a pipe used for smoking methamphetamines, a small container of marijuana roaches, and Xanax, which is a schedule 4 drug. The pressed pills tested positive for MDMA with a weight of 1.4 grams.

Also in the trunk, deputies located a small digital scale with a crystal-like substance on it which tested positive for methamphetamine, and a pill bottle with 24.9 additional grams that tested positive for MDMA. A small safe containing assorted jewelry was found, and the key to the safe was on Smith’s vehicle key ring. Additionally, deputies located two laptop computers and two iPad tablets.

A background check of Smith revealed that he has prior criminal histories for trafficking in methamphetamine, as well as five prior convictions for driving with a license suspended or revoked. He was transported to the Charlotte County Jail and has since been released on bond.