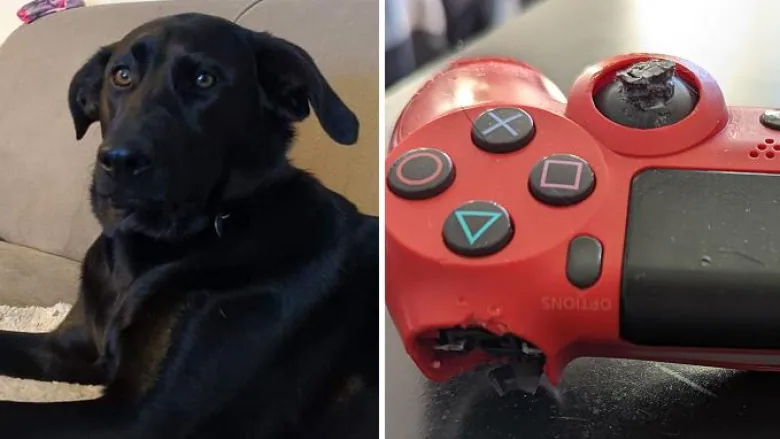 A Calgary man has learned the hard way that leaving his gadgets around a one-year-old dog isn’t the most prudent decision.

Last week, David Murphy, a Calgary resident that works from home, caught his dog lo with his PlayStation controller tucked in her paws, with his worst fears coming true — she was chewing the controller like it was a chew toy. The incident was reported in a Calgary Eyeopener interview, via CBC News.

Subsequently, Murphy deactivated his credit card and changed his banking passwords, without realizing that the gnawed-up controller and the charges could be correlated. Upon calling PlayStation about the charges, Murphy was informed that the orders were placed from his console, and, ironically, on a game called Watch Dogs.

That’s when Murphy realized that his dog chewing the PlayStation controller might have had something to do with the charges. “I guess when she was gnawing away at the buttons, she just started purchasing and purchasing,” he said. “I had everything just auto, right? If you just click the X button a number of times, you go right into the store and you’re just ordering stuff.”