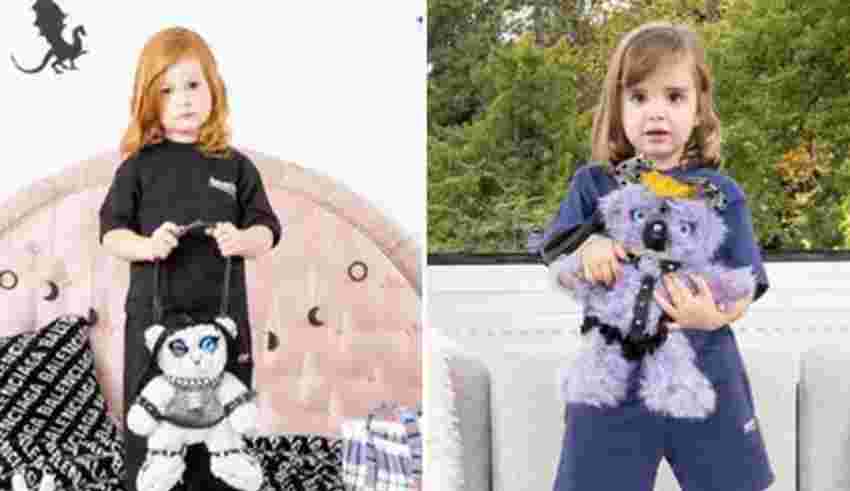 Folks, do you actually believe the doubletalk by the company big wigs? Malarkey is my opinion. It’s a codswallop smoke screen for getting caught in the act. The company pushed their indoctrination of sexualization meter to see how the public would respond. Well, the corporate perverts got their answer.

“We sincerely apologize for any offense our holiday campaign may have caused,” the company wrote in its Instagram story. “Our plush bear bags should not have been featured with children in this campaign. We have immediately removed the campaign from all platforms.”

The predatory sickos are sorry for the repercussions.

“We take this matter very seriously and are taking legal action against the parties responsible for creating the set and including unapproved items for our spring ’23 campaign photoshoot,” the statement said. “We strongly condemn abuse of children in any form. We stand for children safety and well-being.”

I don’t believe one word of the apology. Who are they targeting as scapegoats?

“The images were posted on its website as part of its “Toy Stories” campaign. Merchandise was also laid out in the photos, including collars, leashes, and other highly questionable décor. One image featuring another purse was even displayed on a desk with a page from the Supreme Court’s ruling in Aschroft v. Free Speech Coalition, which dealt with child pornography,” according to an article in Townhall.

Peruse the tweets for yourself.

Tucker Carlson at Fox News and journalist/reporter Candace Owens step up to the plate. And she is hopping mad.

“Balenciaga is getting slammed once again in a new ad campaign for featuring a book by controversial artist Michael Borremans, whose work has been linked to pedophilia, cannibalism, and blood rituals,” the article continues.

Listen to a review of Michael Borremans’ books on Twitter.

In one painting, children dance in a circle, cloaked in black robes.

As a former mental health therapist, I’m alleging that Borremans is one deranged human. And I’m wondering why Balenciaga is using one of his books in an ad for merchandise. Folks, investigate the info, do your own research, and come to your own conclusions.

Sane and sensible adults need to speak out whenever they see children being featured in questionable ads. Why are the celebrities that purchase Balenciaga products not responding with indignation and boycotting?