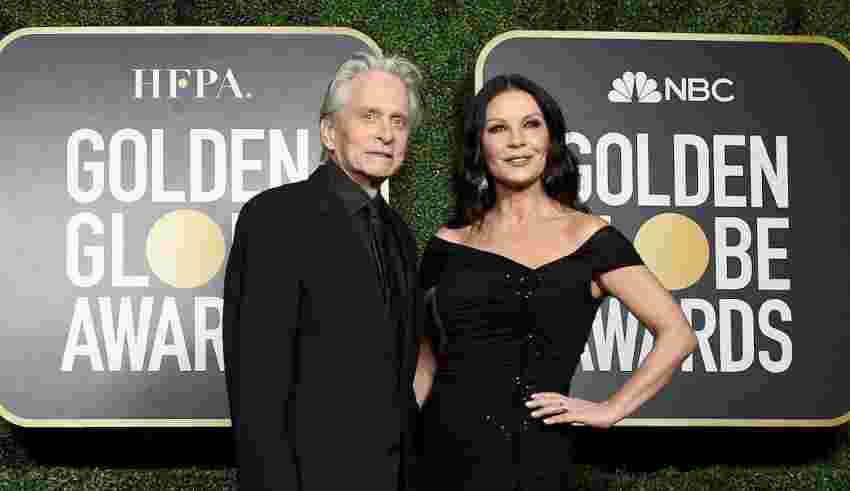 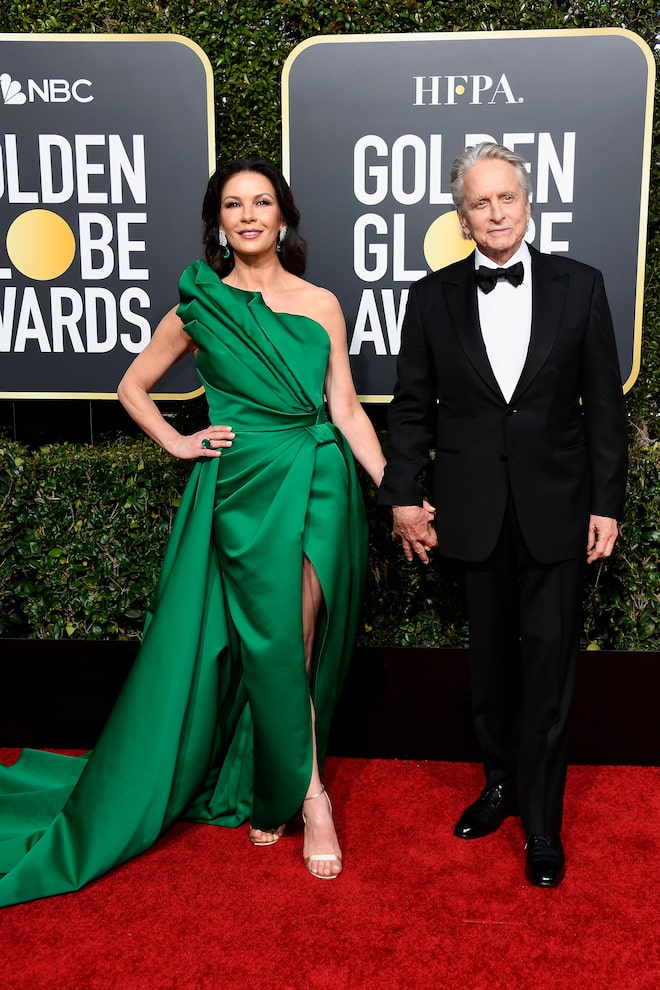 It was a family affair for Catherine Zeta-Jones and her son Dylan, 22, at the L.A. premiere of Tim Burton’s new series “Wednesday.”

“Extra’s” Melvin Robert caught up with the mother and son, and Catherine had plenty to say about her husband Michael Douglas, who was not in attendance.

The couple is getting ready to celebrate 22 years of marriage, and Melvin asked “What do you know now about marriage and love that you didn’t know 22 years ago?”

She answered, “I know I thank my lucky stars every day that I picked the right guy.”

Zeta-Jones gushed, “I lucked out big time. He’s a wonderful husband. He’s a wonderful father. He happens to be a wonderful actor. But for us, he’s just Michael. I can’t believe it has been 22 years, but then when you see this guy [referencing Dylan], you go, ‘Yeah, 22 years… that makes sense.’”

Dylan also showed some love for his mom, who is transformed into a modern-day Morticia in the Netflix series.

“I think the first [Burton film] my mom showed me was ‘Edward Scissorhands,’ and that’s a great film. I’ve seen so much of Tim Burton’s work and I love it, and for him to do his first tv show… ‘The Addams Family,’ for him to ‘Burton-fy’ it is just so exciting. To have my mom as Morticia is even more exciting. I’m pumped to be here — pretty cool!”

Catherine, smiling, said, “I am cool for two minutes.”

The star shared of Morticia, “She’s such an iconic woman, a matriarch. She’s such a pop culture image for me. I wanted to just exude her, not try and be somebody else’s interpretation.”

Zeta-Jones continued, “This particular version of this world is very rooted in modern-day reality, which makes it very cool and funny. Also, weirdly enough, very close to the original.”

Melvin asked, “What was it like when you got the call from Tim Burton?”

“I said, ‘I don’t need to read the script. When do I start?’” Catherine said, adding, “and it was a joy. It was totally a bucket-list moment… and I hope I get this opportunity to do more with him. He’s a genius.”

And she is Hollywood royalty! “I have been doing this a very long time and now I can just sit back and enjoy. It is not really about watching myself… Enjoying the work of others and seeing scenes I read in the script, but I was never there when they shot and seeing anything that Tim does is pretty cool.”

The creepy and kooky new series “Wednesday” premieres this coming Wednesday… of course.