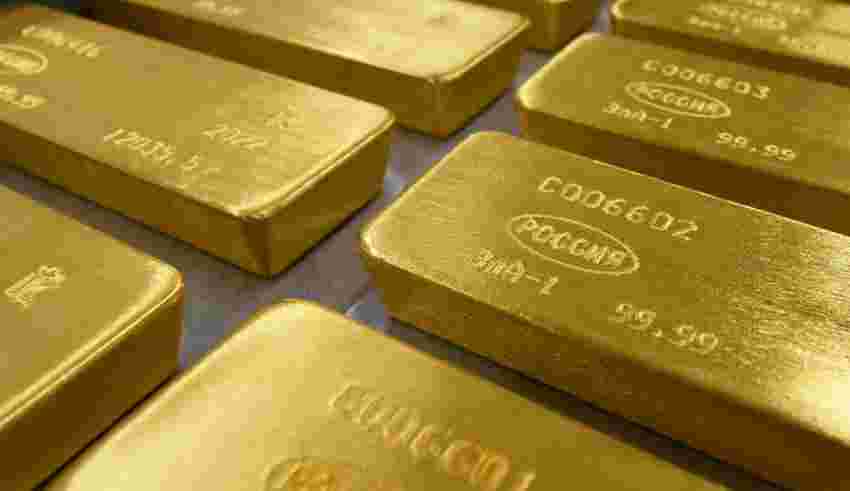 Central banks are scooping up gold at the fastest pace since 1967, with analysts pinning China and Russia as big buyers in an indication that some nations are keen to diversify their reserves away from the dollar.

Data compiled by the World Gold Council (WGC), an industry-funded group, has shown demand for the precious metal has outstripped any annual amount in the past 55 years. Last month’s estimates are also far larger than central banks’ official reported figures, sparking speculation in the industry over the identity of the buyers and their motivations.

The flight of central banks to gold “would suggest the geopolitical backdrop is one of mistrust, doubt and uncertainty” after the United States and its allies froze Russia’s dollar reserves, said Adrian Ash, head of research at BullionVault, a gold marketplace.

The last time this level of buying was seen marked a historical turning point for the global monetary system. In 1967, European central banks bought massive volumes of gold from the U.S., leading to a run on the price and the collapse of the London Gold Pool of reserves. That hastened the eventual demise of the Bretton Woods System that tied the value of the U.S. dollar to the precious metal.

The conservative estimates from the WGC outstrip the reported purchases to the International Monetary Fund (IMF) and by individual central banks, which stands at 333 tonnes in the nine months to September.

Officially, the buying in the third quarter was led by Turkey at 31 tonnes, taking gold to about 29 per cent of its total reserves. Uzbekistan followed with 26 tonnes, while Qatar in July made its largest monthly acquisition on record since 1967.

The discrepancy between the WGC’s estimates and officially reported figures tracked by the IMF can be partly explained by government agencies besides the central banks in Russia, China and others that can buy and hold gold without reporting them as reserves.

Acknowledging its intake — but also possibly trying to signal its limited role — the People’s Bank of China (PBoC) earlier this month reported that in November it made its first increase in gold holdings since 2019, with a 32-tonne bump worth about US$1.8 billion. Yet the gold industry said Chinese buying is almost certainly higher.

Mark Bristow, chief executive of Barrick Gold Corp., the world’s second-largest gold miner, said China had bought tonnes of gold around the high 200s mark, based on his discussions with numerous sources.

Nicky Shiels, metals strategist at MKS PAMP, a precious metals trading company, added gold prices would have peaked around US$75 lower in November if the PBoC had only purchased 32 tonnes. Gold prices traded as high as US$1,787 a troy ounce in November and have since advanced above US$1,800.

For Russia, sanctions have created significant problems for its gold mining industry — the largest in the world after China — in selling overseas. It produces roughly 300 tonnes each year, but has a domestic market for only 50 tonnes, according to MKS PAMP.

At the same time, western governments have frozen US$300 billion of Russia’s foreign currency reserves through sanctions, which Shiels said has prompted nations outside the west to ask: “Should we have exposure to so many dollars when the U.S. and western governments can confiscate that at any time?”

“With limitations on the export side, it would make sense it’s the Russian central bank,” said Giovanni Staunovo, commodity analyst at UBS Group AG.

The Central Bank of Russia (CBR) stopped reporting monthly numbers on its reserves soon after the war began. CBR officials have rejected the suggestion it is buying gold.

Yet CBR officials have long placed strategic value on boosting gold reserves; in 2006, it said it would be desirable for gold to make up 20-25 per cent of its holdings. In February 2022, the last time CBR published its statistical data, gold accounted for 20.9 per cent.

It has reduced its holdings of U.S. Treasuries to only US$2 billion from more than US$150 billion in 2012, while increasing gold reserves by more than 1,350 tonnes worth almost US$80 billion at current prices, according to Julius Baer Group Ltd., a Swiss private bank.

Carsten Menke, head of next generation research at Julius Baer, said the purchases from Russia and China indicate a growing reluctance for countries to rely on the greenback.

“The message these central banks are sending by putting a larger share of their reserves in gold is that they don’t want to be reliant on the U.S. dollar as their main reserve asset,” he said.

Some in the industry speculate Middle Eastern governments are using fossil fuel export revenues to buy gold, most likely through sovereign wealth funds.

The coming months will test whether record central bank buying was an opportunistic spurt as gold prices fell, or a more structural shift.

Even with prices having since recovered to about US$1,800 per troy ounce, few are willing to bet the trend towards diversification of central bank reserves will change course any time soon.

Bernard Dahdah, senior commodities analyst at Natixis SA, the French investment bank, said deglobalization and geopolitical tensions meant the drive by central banks outside of the west to diversify away from the U.S. dollar was “a trend that won’t change for a decade at least.”