Home Business Charting the Global Economy: Inflation Eases From US to Europe 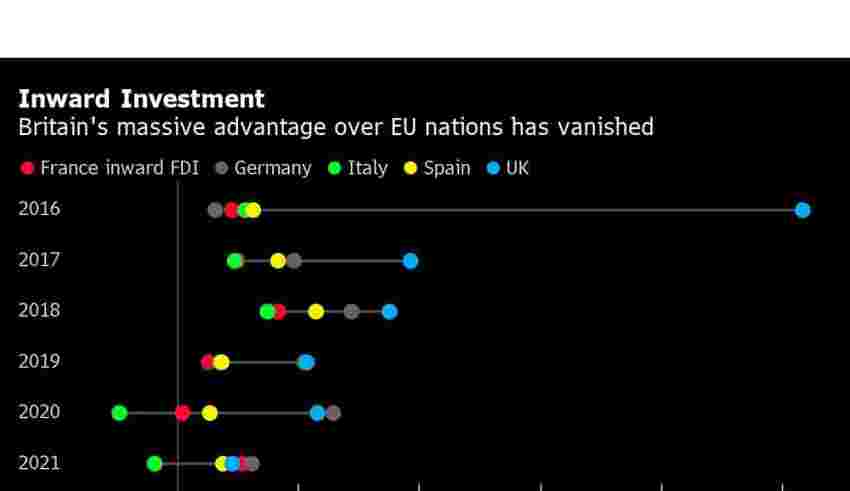 (Bloomberg) — Inflation around the world is finally coming off the boil, but that’s providing only some comfort to global central bankers who view price pressures as remaining far too intense.

In the US, so-called core inflation, which excludes food and energy prices, rose a below-forecast 0.2% in October from a month earlier. Euro-zone annual inflation slowed in November by the most since 2020, but still remained elevated at 10%.

Despite the cooling, there’s still evidence that inflation could prove more enduring. US employers added more jobs than forecast and wages surged by the most in nearly a year. And in the UK, employers are still confident they can pass on higher costs to consumers, while inflation expectations are stubbornly high.

Global inflation is showing signs of having peaked, although a likely slow retreat from multi-decade highs means it will remain a bugbear for central banks into 2023.

Factories in Europe and Asia struggled in November due to weakening global demand, with the pressure unlikely to let up in the months ahead. Business surveys by S&P Global pointed to shrinking activity and a dire outlook in wide parts of both regions.

US employers added more jobs than forecast and wages surged by the most in nearly a year, pointing to enduring inflationary pressures that boost chances of higher interest rates from the Federal Reserve.

A key gauge of consumer prices posted the second-smallest increase this year while spending accelerated, offering hope that the Fed’s interest-rate hikes are cooling inflation without sparking a recession. The personal consumption expenditures price index minus food and energy, which Fed Chair Jerome Powell stressed this week is a more accurate measure of where inflation is heading, rose a below-forecast 0.2% in October. Core services costs also moderated.

Euro-zone inflation slowed for the first time in 1 1/2 years, offering a glimmer of hope to the European Central Bank in its struggle to quell the worst consumer-price shock in a generation. Inflation eased to 10% in November from a year ago, helped by smaller price advances in energy and services.

Polling reveals mounting regret among the British people who voted to leave the EU in 2016, largely due to concerns about the economy. Business investment has suffered more than Germany, France and Italy. Investment has lagged all Group of Seven advanced economies since the Brexit referendum.

Inflation pressures in the UK economy showed only limited signs of abating in November, with companies expecting to raise prices by 5.7% in the coming 12 months.

China’s imports from South Korea fell by more than 25% last month to the lowest level since February 2021. The drop is another indicator of how the Beijing government’s Covid Zero policy is weighing on consumption and global demand.

Japan’s businesses increased spending for the fourth straight quarter amid sharply weaker yen levels, an outcome that is likely to help improve the economy’s weak performance in the third quarter.

Chile’s economic activity unexpectedly rose in October on a jump in mining output and a resilient retail industry, as annual inflation begins to ease from a multi-decade high.

Mexico posted record remittances in October, as workers living abroad continued sending cash back home and propping up the country’s economy. Money sent home by Mexicans who are mainly living in the US totaled $5.36 billion in October.