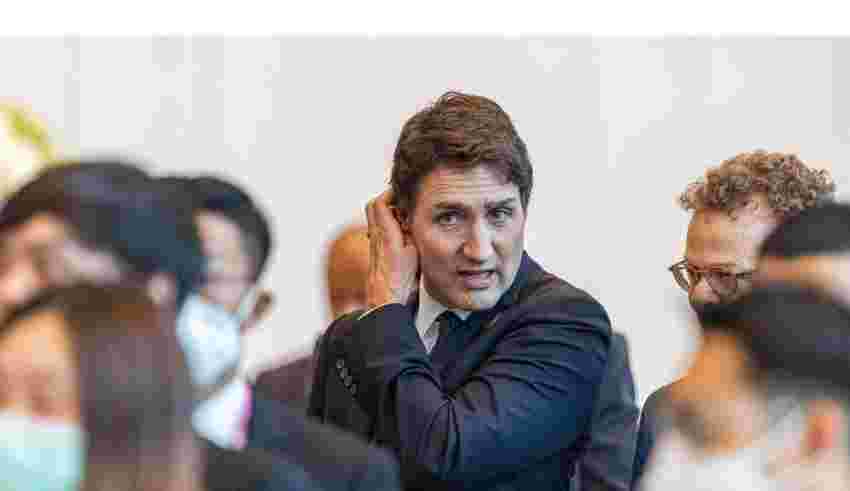 (Bloomberg) — Canada’s new Indo-Pacific strategy calls for changes to foreign investment screening as a result of concerns about Chinese state-owned enterprises, a development that comes less than two weeks after China’s Xi Jinping lectured Prime Minister Justin Trudeau on the sidelines of a Group of 20 summit.

Trudeau’s government will revise the Investment Canada Act, a key law governing foreign investment, to add new provisions to protect the country’s infrastructure, resources, technology, supply chains and intellectual property, according to a strategy document to be released Sunday.

The document, an advance copy of which was seen by Bloomberg, doesn’t outline specific amendments to the law, but says Canada will act “decisively when investments from state-owned enterprises and other foreign entities threaten our national security.” It’s part of a section on the country’s new approach toward China, which Trudeau’s government describes as an “increasingly disruptive global power” that disregards international rules and norms.

“We need to make sure we protect our national security, period,” Melanie Joly, Canada’s foreign minister, said in an interview at Bloomberg’s offices in Montreal. “The goal of reopening this act is really to make sure that we have an approach that is much more transparent and that brings predictability.”

Also this month, police arrested a former Hydro-Quebec employee and charged him with espionage for allegedly obtaining trade secrets for China. The man was a researcher on battery materials.

Joly, who characterized herself as pragmatic, said the business community should know the geopolitical risks of dealing with China.

“My job is to highlight that,” she said, adding that diplomacy comes with “what we stand for,” even if it may harden relationships.

Xi confronted Trudeau at the Group of 20 summit, accusing him of leaking details of a private meeting to news media in a candid exchange that was caught on camera.