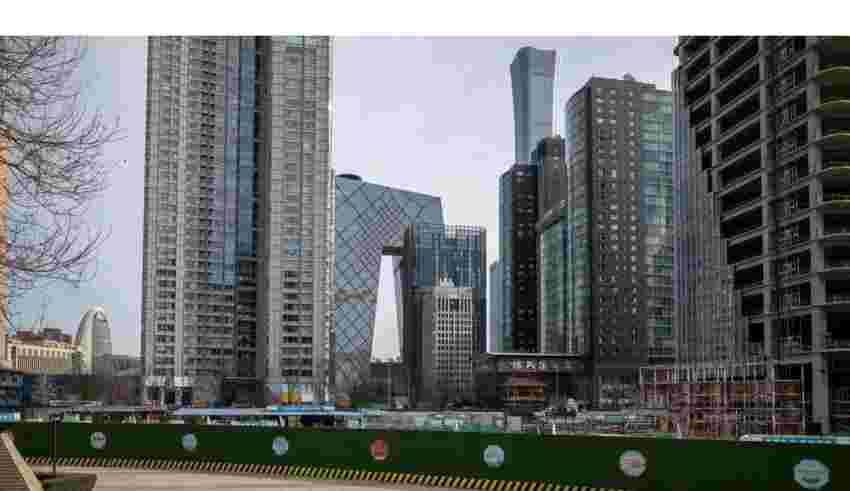 Top leaders including President Xi Jinping said restoring and expanding consumption should “take the precedence” as they concluded a meeting setting economic policy priorities for 2023, according to a statement issued by Xinhua News Agency. They also vowed to encourage private sector growth and support platform firms in playing a leading role in development.

“Numerous economic work is to be done next year,” according to the readout of the meeting. “We should start with improving social expectations and boosting the confidence in development.”

The meeting took a stronger pro-growth stance than in recent years, stating the “amount” of economic expansion is important, and that “more forceful” fiscal policy and a “targeted and forceful” monetary policy will be pursued. The officials pledged financial support for the property sector, which is in its longest-ever slump, but said they want to avoid financial speculation on housing.

The ruling Communist Party’s annual Central Economic Work Conference comes after the abrupt ending of its Covid Zero policy, which has led to a wave of infections and reducing economic activity. Economists have lowered their growth forecasts for this year to about 3%. Beijing is considering setting an economic growth target of around 5% for next year, sources with knowledge of the matter told Bloomberg News.

“Rising unemployment rates and increased growth downward pressures might have contributed to the recent policy adjustments,” Goldman Sachs Group Inc. economists including Maggie Wei wrote in a note. “Stepping up support to facilitate growth recovery while China navigates through reopening would be policymakers’ focus for the next few months.”

These are they key points from the meeting.

Expanding domestic demand topped a list of priorities decided at the meeting. Last year, the main priority was a call to increase the “stability and effectiveness” of economic policy, and the previous year’s was an aim to strengthen scientific research and technological innovation.

Consumer spending and employment growth should both be put in a “more prominent position,” officials said.

“The most important takeaway from the conference is that boosting consumption is the top priority for the government in 2023,” said Zhiwei Zhang, chief economist at Pinpoint Asset Management.

The government will support the consumption of new energy cars and elderly care services, state media CCTV said. Officials said they would ensure that normal life can persist through the current spike in Covid cases, and better coordinate virus control measures with economic development.

Officials at the meeting said they would support platform companies to play a leading role in development, create jobs and compete in the international market, a sign that Beijing wants to see China’s internet sector support the recovery following a crackdown on it in 2021.

The language on platform companies was much more positive than what was used at last year’s meeting, when leaders said they would “strengthen the effective supervision” of capital by “setting traffic lights” to curb its “wild growth.”

The meeting that concluded on Friday also said that foreign investment into China would be encouraged.

It mentioned support for the private sector more prominently than in previous years, an attempt to allay fears that Beijing increasingly prefers state planning over private entrepreneurship.

“We will encourage and support the growth of private economy and private enterprises both with policy and in terms of social consensus,” it said. “Officials at all levels should concretely help private companies deal with difficulties.”

Officials said they will support consumer demand for “better housing,” ensure the real estate sector’s “stable growth” as well as the delivery of housing, and meet the “reasonable” financing needs of property companies. The meeting said officials should defuse financial risks of the biggest property developers and improve their balance sheets.

However, they reiterated the property sector’s business model needs to change and that a long-term rental housing market will be built. They also repeated the official slogan that “housing is for living, not for speculation,” a phrase used in previous years to signal efforts to make the economy less reliant on property as a source of growth.

“The reiteration that ‘housing is for living in, not for speculation’, as well as the discussion on supporting large developers in today’s statement illustrate industry consolidation might continue in the property sector,” the Goldman Sachs economists said in the note dated Friday.

The government aims to “optimize” the use of the fiscal deficit, special bonds and interest rate subsidies as it maintains the magnitude of fiscal spending, according to the meeting readout. It will ensure fiscal sustainability and that local government debt risks are controllable, and increase transfer payments by the central government to regions.

State-linked economists have called on the central government to increase the official budget deficit and sell more general bonds to finance spending and reduce the debt burden of local authorities.

“The focus of active fiscal policy may gradually shift from boosting investment to driving consumption,” Zhang Yiqun, a senior researcher at the Society of Public Finance of China, was cited as saying by Shanghai Securities News.

Officials said monetary policy next year will ensure “reasonably ample” liquidity in the financial system and guide banks to lend more to small firms, technology innovation and green development. Broad money supply and total social financing will increase at a similar pace to nominal economic growth, while the yuan’s rate will be kept basically stable at an equilibrium level, they said.

Shang Fulin, a senior China’s top political advisory body who attended the meeting, said monetary policy will seek to strike a balance between providing enough liquidity and keeping the yuan’s rate stable, according to a People’s Daily report Saturday. It will also have to improve the policy transmission mechanism, said Shang, who used to be China’s top banking regulator.

Getty Images Bristol Palin is recovering from her ninth breast reconstruction surgery. The…